Assassin Nation #1 Review: This is Lit! 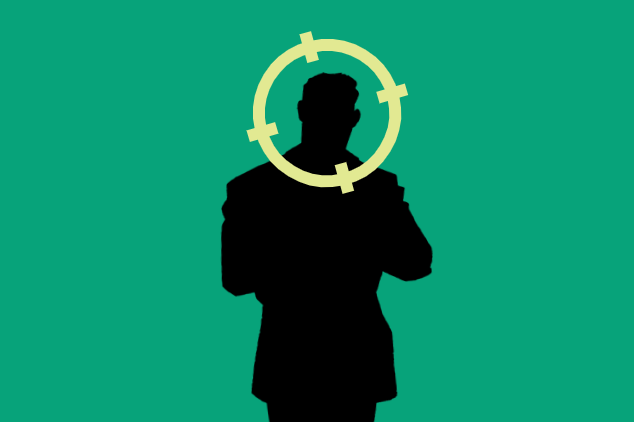 From Kyle Starks and Erica Henderson comes the brand new comic, Assassin Nation, the story of a former assassin who hires a bunch of other assassins to protect himself from an assassin. Assassin Nation Issue 1 was so popular that Image Comics and Skybound Entertainment have already ordered a second printing.

Assassin Nation Issue 1 starts with Rankin, the former best hitman in the world, trying to get some information about who is trying to kill him. When his “interrogation” is attacked and his captive killed, Rankin assembles the top 20 hitmen (and women) and makes them a proposition – he will hire them to protect him. After all, who better to track down and kill an assassin than other assassins?

This series is described as a “bombastic, hilarious murder-fest”, and the first issue definitely drives that point home. What does a meeting between the 20 best assassins look like? Well, it looks like a fancy cocktail party, only no one is dressed for the occasion, and they’re all talking about killing people like they’re discussing their stock portfolio – when they’re not making fun of F*ck Turlington’s name or implying that women can’t be assassins (“You can’t be Smoke. […] You’re a girl”). Assassin Nation Issue 1 also lives up to the “murder-fest” moniker already; by the end of the issue, at least half of the gathered assassins are killed when it turns out one the assembled has already been hired to kill their host.

I’m usually not a fan of this much violence, but when I hear about a comic that’s in the same vein as Hot Fuzz and Tropic Thunder (and let’s go ahead and add The Losers to that list, as well), I have to check it out. I don’t want to say I was pleasantly surprised; it’s more like I was happy that I wasn’t disappointed. It is funny, and a lot of the humor in this issue comes from treating being an assassin like it’s any other job.

Assassin Nation is lacking in ladies (so far), but it’s still a fairly diverse line-up of assassins. One of them – Bishop – accepted the invitation solely to find out which of his fellow assassins is responsible for the death of his husband. 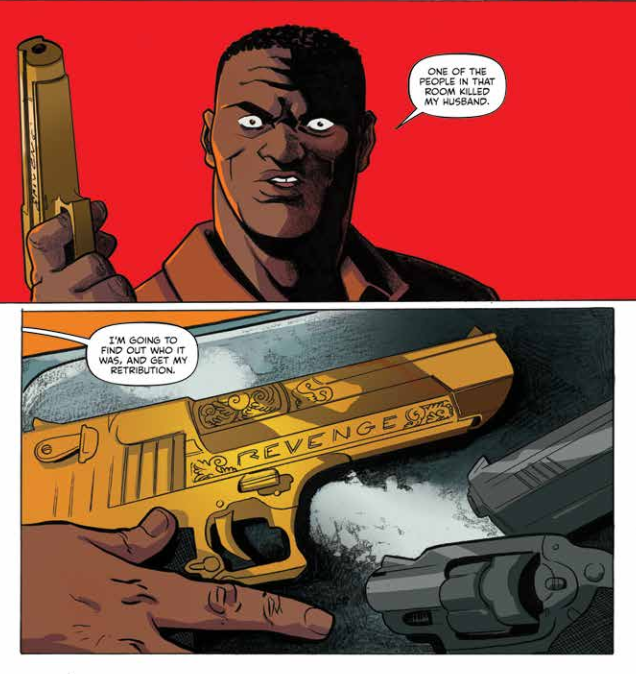 When a comic ends with a shootout like this one does, it’ll be difficult not to pick up the next issue. Now I’m invested! Who wants to kill Rankin, and why? Do the other assassins have personal vendettas like Bishop does? (Probably. They’re assassins. Seems like part of the job.)

The second printing of Assassin Nation Issue 1 will be available April 17 in stores and via multiple digital platforms.

Previous:Grab Your Glass Slippers and Your Convention Pass in “Geekerella”
Next: “Nancy Drew And The Hidden Staircase” Gets Digital, Blu-ray & DVD Release Dates!