Assassin Nation Hits Its Target and Gets Another Shot 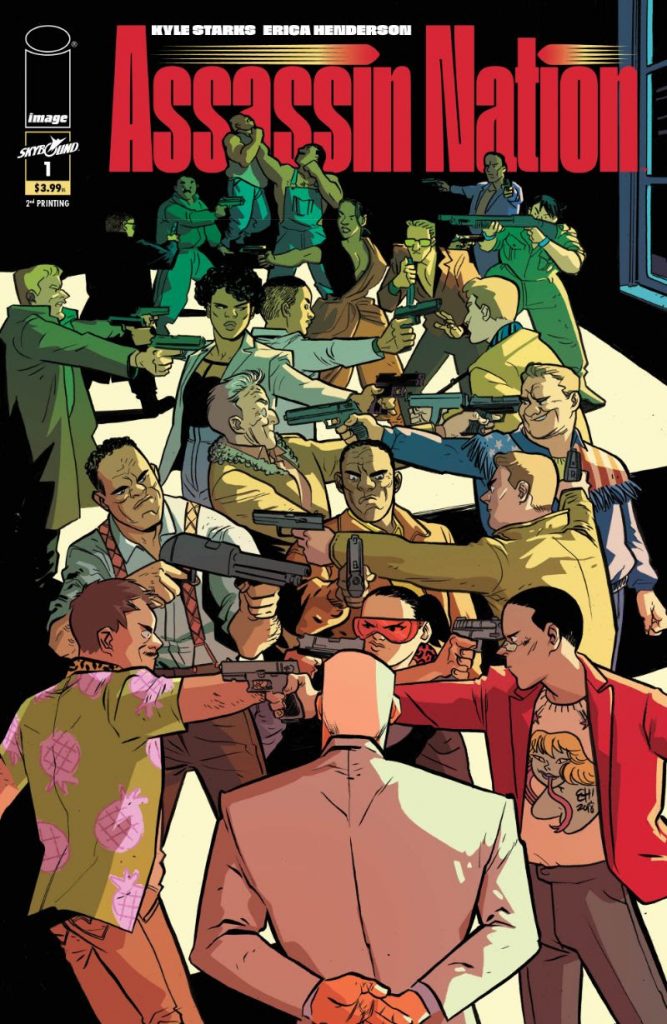 Assassin Nation, the new comic from Erica Henderson and Kyle Starks, has caused such a frenzy that the first issue is already slated to go back for a second printing.

Assassin Nation #1 introduces readers to the World’s (Former) Greatest Hitman—who has a hit out on him. What to do? Why, hire the 20 best assassins in the world to be his bodyguards, of course. These mean-as-hell hired guns and murderers will have to work together to keep the new crime boss safe, figure out who’s trying to off him, and also… survive.

In the same spirit of classic action comedies like Hot Fuzz, Tropic Thunder, and Deadpool, Assassin Nation is the “bombastic, hilarious, murder-fest readers have been waiting for”.

The second printing of Assassin Nation #1 will be available on Wednesday, April 17. The final order deadline for comic retailers is Monday, March 25. It will also be made available for purchase on many digital platforms, including Amazon Kindle, Apple Books, comiXology, Google Play, the official Image Comics iOS app.

ABOUT IMAGE COMICS
Image Comics is a comic book and graphic novel publisher founded in 1992 by a collective of bestselling artists. Image has since gone on to become one of the largest comics publishers in the United States. Image currently has six individuals on the Board of Directors: Robert Kirkman, Erik Larsen, Todd McFarlane, Marc Silvestri, Jim Valentino, and Eric Stephenson. It consists of five major houses: Todd McFarlane Productions, Top Cow Productions, Shadowline Comics, Skybound Entertainment, and Image Central. Image publishes comics and graphic novels in nearly every genre, sub-genre, and style imaginable. It offers science fiction, fantasy, romance, horror, crime fiction, historical fiction, humor and more by the finest artists and writers working in the medium today. For more information, visit www.imagecomics.com.

ABOUT SKYBOUND ENTERTAINMENT
Founded in 2010, Skybound Entertainment is a multiplatform entertainment company specializing in television, comics, film, digital content, interactive, gaming, and merchandise. The company is led by The Walking Dead creator Robert Kirkman and his longtime producing and business partner David Alpert.

Previous:“Love Shore”: A Queer Visual Novel is Live on Kickstarter!
Next: WonderCon 2019 Preview