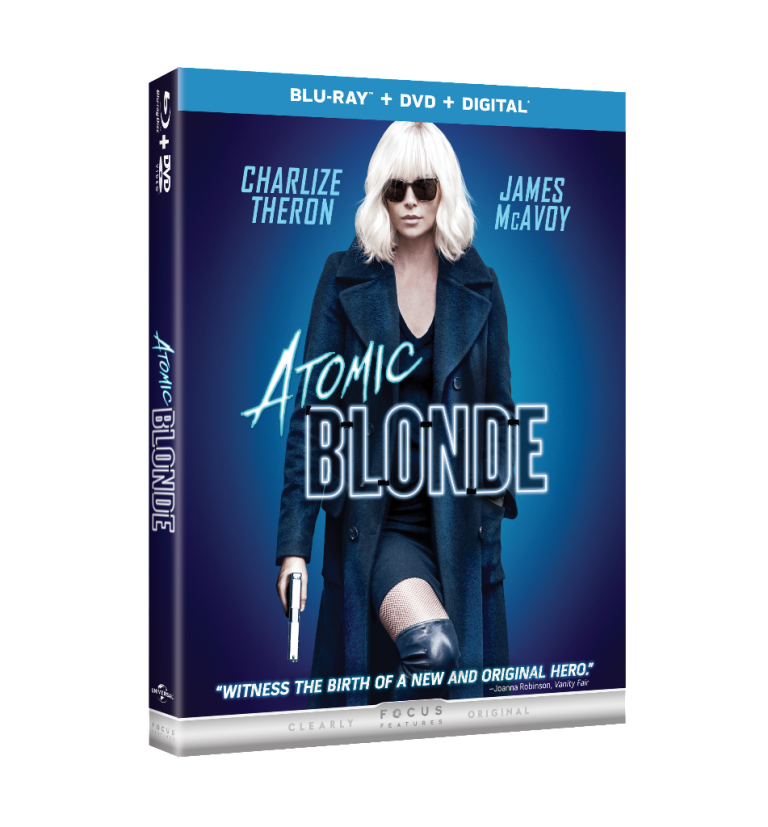 Universal Pictures Home Entertainment will be releasing the Charlize Theron starrer Atomic Blonde soon. You can own the film on Digital HD on October 24, 2017, and on 4K Ultra HD, Blu-ray, DVD and On Demand on November 14, 2017.

Atomic Blonde is an action-thriller based on Oni Press’ graphic novel ‘The Coldest City’ written by Antony Johnston and illustrated by Sam Hart. With a production budget of $30 million, Atomic Blonde, as of yet, has gone on to make $94.1 million at the box office.

The upcoming home release features a lot of extra content that’s sure to excite fans of the film. Here’s the official synopsis for Atomic Blonde:

Oscar-winner Charlize Theron stars as elite MI6’s most lethal assassin and the crown jewel of her Majesty’s secret intelligence service, Lorraine Broughton, in ATOMIC BLONDE. When she’s sent on a covert mission into Cold War Berlin, she must use all of the spycraft, sensuality and savagery she has to stay alive in the ticking time bomb of a city simmering with revolution and double-crossing hives of traitors. Broughton must navigate her way through a deadly game of spies to recover a priceless dossier while fighting ferocious killers along the way in this breakneck action-thriller from director David Leitch (Deadpool 2, John Wick). Theron is joined by James McAvoy (Split, X-Men: First Class), Sofia Boutella (The Mummy, Star Trek Beyond) and John Goodman (Transformers: The Last Knight, Patriots Day) in what critics are calling “the best spy movie in years,” Shawn Edwards, FOX-TV.

The bonus features present on the 4K Ultra HD, Blu-ray, DVD, and Digital include:

You can own Atomic Blonde on 4K Ultra HD in a combo pack which will also include the Ultra HD Blu-ray, Blu-ray, and Digital releases.

Have you watched Atomic Blonde? Are you excited for the home release? Let us know.