We Don’t Deserve “Atomic Blonde” (But We Got It Anyway) 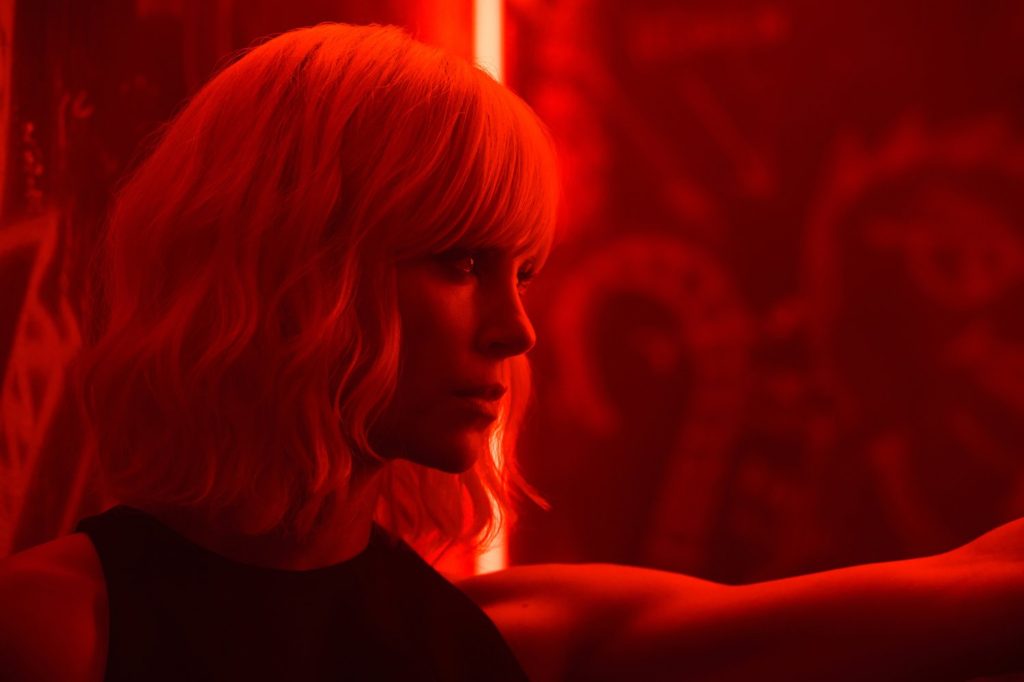 Imagine a spy thriller with an all-star cast, the pacing of John Wick, and a better soundtrack than a Tarantino movie. That’s Atomic Blonde, the Hollywood adaptation of Anthony Johnson and Sam Hart’s graphic novel The Coldest City.

It’s weird to call a movie as violent as Atomic Blonde inspiring, but I can’t deny the feeling of electric optimism I felt while leaving the theater. Lorraine Broughton (played by Imperator Furiosa herself, Charlize Theron) is everything a master spy should be: smart, inscrutable but with enough heart to be relatable, and ten steps ahead of everyone else. Even her superiors seem to lag a little behind her plans. This is the kind of spy that franchises are built on (never mind that the sequel to The Coldest City is actually about Percival).

Theron told EW that she took the role “to see if a woman can kind of play by the same rules that men get to play by in these films.” To see a female protagonist given this kind of power without becoming an emotionless robot or a sex doll – well, it gives me hope for the future of women in cinema. 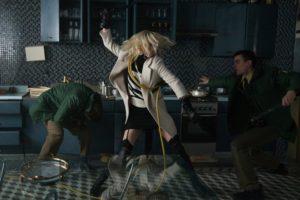 The fight scenes are gloriously intense. Too often female characters are given sexy martial arts sequences carried out in low-cut tank tops, but Lorraine is a straight-up brawler. Anything in reach is a weapon if she needs one: a hose, a coat rack, and even what looks like a double hot plate. No one takes it easy on her, either. Several times Lorraine has to take a second mid-fight to recover, and the movie opens with a scene showing just how much the week of spycraft cost her. With fight scenes like this, Atomic Blonde would make an incredible computer game (fingers crossed, because I’d play the heck out of this).

Music is such a powerful part of Atomic Blonde that I looked up who did the score. Surprise, it’s Tyler Bates! Turns out I wasn’t so far off on my comparison to Guardians of the Galaxy (which Bates also scored). Songs by Nena, Queen, David Bowie, Til Tuesday, Depeche Mode, George Michael, and other 80’s favorites are woven in at exactly the right time to add layers of meaning to the movie.

David Leitch has made some solid directorial choices as far as avoiding the dreaded male gaze. Lorraine’s naked ice bath in the opener doesn’t read as a sensational bit in the least, mostly thanks to some excellent lighting and photography choices. There is a sex scene between Lorraine and Sofia Boutella’s Delphine that is powerfully sensual without playing to the “woohoo, lesbians” crowd. In fact, the whole “Lorraine is bisexual” fact is used exactly as it should be: just another part of her character, no more important than any other trait.

One note (scroll over for a fairly major spoiler): while some might criticize Atomic Blonde for falling prey to the Kill Your Gays trope, I think it gets a pass since everyone dies. The only major player to walk out of Berlin alive is Lorraine herself. Could she have maybe not been listening to headphones in her underpants while preparing to flee for her life? Yeah, but she was a neophyte agent. Rookies make mistakes.

As an adaptation, Atomic Blonde takes some liberties that pay off. There’s much less explicit exposition, which the comic needed but which would have dragged the movie down. Some plot points are adjusted (not saying which because spoilers). Lorraine is just as hardcore but also a little more human. While I initially thought Theron wasn’t physically suited for the role, I now see her face when I read the novel.

Critics and fans have both responded well to Atomic Blonde so far. It made $1.5 million on its Thursday opening, with a comfy 72% Fresh rating on Rotten Tomatoes.

Have you seen Atomic Blonde? What did you think? Share your thoughts in the comments below!