Welcome to the Ballroom 1×10 Review: Voltage 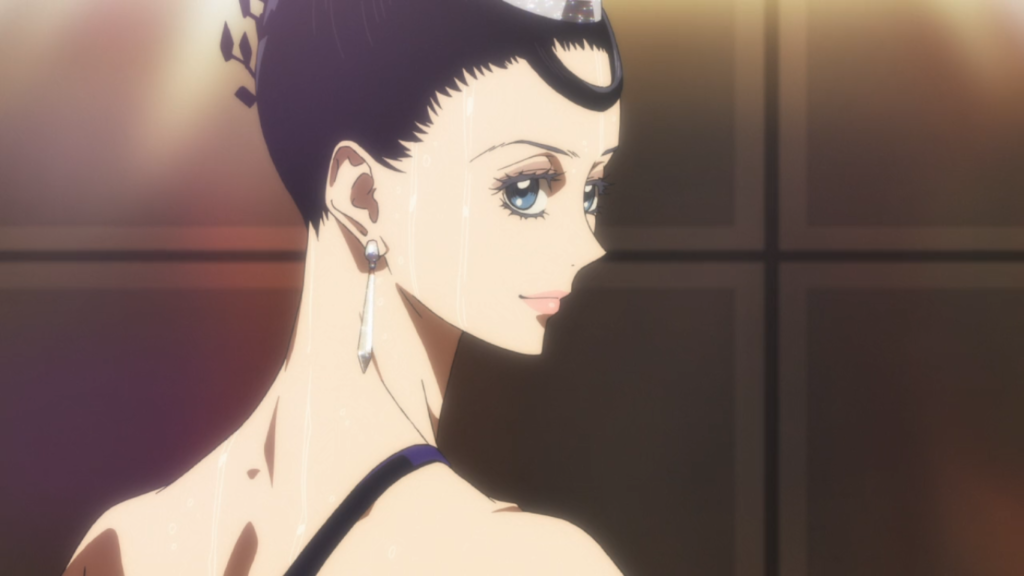 Last week was Mako’s time to shine, but “Voltage” gave Shiziku the stage this week. I’ve been disappointed by the lack of Shiziku’s motivation, so it was nice to finally get a glimpse of what’s in her head.

Tatara is the main character of Welcome to the Ballroom, so it makes sense that so much of the show focuses on him, but it is nice to spend a little time with the other characters. It’s especially nice to get a little focus on Shiziku, who has been around since the beginning and has largely been treated as an object by all of the guys in her life so far. “Voltage” gives us a flashback that shows how Hyodo has always considered Shiziku to be a rival, and she has to work hard to keep competitive with him, which is why she paired up with Gaju when Hyodo got injured.

I am starting to get frustrated by the lack of animation in a show about ballroom dancing. The first half of this episode was mostly just transitioning from still frame to still frame. It was basically just panels from the manga colored in with some music and narration layered over them. I know that it isn’t really fair to compare Welcome to the Ballroom to Yuri on Ice, mostly because ballroom dancing doesn’t have as many extravagant or flashy moves as figure skating, but it would be nice to actually see some dancing. Every week there is a reaction shot where we’re told that a move was really good, but we don’t get to actually see the move, and it’s starting to get annoying. Yuri on Ice animated entire routines; even if the quality was inconsistent, it’s better than nothing.

Still, I am enjoying the story and the relationship development between the various characters. When Hyodo was first introduced, the obvious assumption would be that he and Tatara were going to be jealous rivals, and that hasn’t happened. Gaju was made out to be the villain, but in “Voltage” you can see how he stayed with Mako even though everyone was putting her down. And it’s totally refreshing to see so many complex male-female relationships and yet none of them are romantic.

Have you guys seen “Voltage”? What did you think?

Previous:Armie Hammer Wanted to Pass On Role in “Call Me By Your Name” Because of Nudity
Next: Teen Wolf 6×17 Review: Werewolves of London