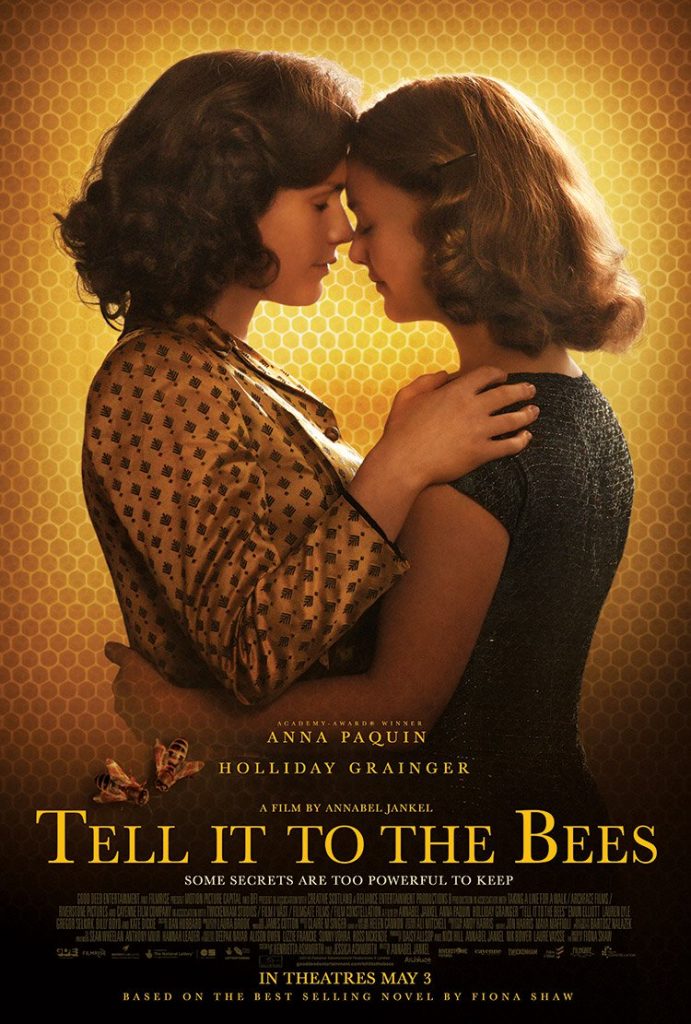 Tell It to the Bees (Image: Out Magazine)

Fans of queer cinema have an exciting new movie to look forward to on May 3, 2019. Starring openly bisexual Oscar winner Anna Paquin and Holliday Grainger, Tell It to the Bees is a lesbian love story set in the 1950s.

The Favourite received a lot of Oscar recognition this year. So, of course, certain fans hope Tell It to the Bees will end up being a critical darling, too.

The story is set in “1950s, small-town Britain” where two women fall in love with each other. And yes, bees are involved in the narrative, along with a lot of gossip and homophobia.

The film is directed by Annabel Jankel. It is based on Fiona Shaw’s novel of the same name. Paquin plays the role of Dr. Jean Markham, who returns to the town she left as a teen to take over her late father’s medical practice. Things change for her when she befriends a child patient, which leads to Jean striking a friendship with the child’s mother, Lydia (Holliday Grainger). Lydia and her son move into Jean’s home after getting evicted. They soon find themselves in an unexpected romance which the town gets wind of.

There is definitely a lot of chemistry between Paquin and Grainger. Fingers crossed the film doesn’t have a very sad ending.

It had its world premiere at the Toronto International Film Festival as a Special Presentation on September 9, 2018.

As a fan of Anna Paquin, I’m glad to see her telling such a story on the big screen.

Are you excited about Tell It to the Bees? Let us know.