Big Bang Press and Why You Should be Excited 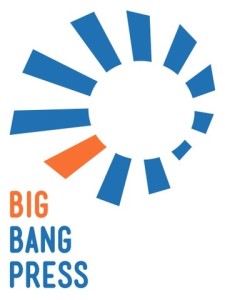 I can’t count the amount of times that I have said to myself that I would pay good money to read a novel that is half as good as some of the fan fiction I read. Well now, thanks to a bunch of wonderfully motivated fans, I can. Big Bang Press is, according to their official Tumblr: “a small publishing company that will publish original fiction by talented fan fiction authors.” That’s right, this is a publishing company run for fans, by fans. At least it will be if they can reach their funding goal.

Fans know that fan fiction is fantastic. I will forever be blown away by the fact that so many talented writers churn out beautifully written novel length stories and post them online for us to consume – for free. And while the mainstream publishing industry has finally started to take notice of this amazing resource, it really takes a fan to understand fan fiction. Most of us will admit that it takes a lot of time and effort to learn how to distinguish the good from the… not so good.

Big Bang Press is the work of a team of long time fans (who also happen to be professionals) that are aware of how hard it is for amateur writers to get a chance. Except fan fiction authors are not exactly amateurs. They have honed their skills over years of writing for some of the toughest critics around. Seriously, anyone that has ever read the comments on fan fiction archives will know that fan fiction authors need to be particularly thick skinned.

Using a unique system, the Big Bang Press team picked three original novels by well-loved fan fiction authors. Provided they reach their funding goal; these three novels, all of which sound incredible, will be published in Fall 2014. That’s where you come in, because it’s time for fandom to put their money where their mouth is and help Big Bang Press.

On November 22nd, Big Bang Press launched a campaign on the popular crowdfunding website Kickstarter. The goal is $40,000 and there is a fairly detailed outline of where the money will be spent on the campaign page. They are offering a variety of rewards including copies of the books, additional stories by the authors, and prints of the fantastic original cover art. The campaign has already raised over $6000 worth of pledges, which is amazing! 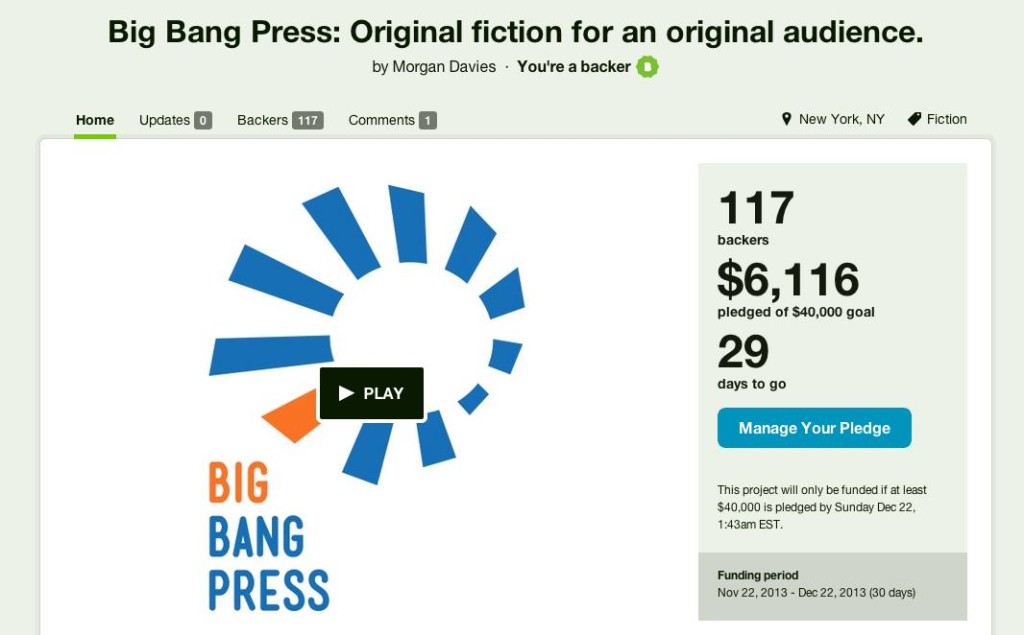 For me personally, this is a perfect example of everything I love about fandom. They saw a need that mainstream publishing just wasn’t able to fill so they came up with a solution and put it to the fans to decide whether or not it’s worthy of our attention. I found it worthy and pledged my support and I hope you do too.

Fan fiction is already a resistive act, but this is taking things to a whole new level. It’s an opportunity for stories featuring a diverse range of protagonists, including POC and queer characters. Stories that have been ignored because they is too much of a risk; stories that the mainstream media does not think are economically viable; the kind of stories that fandom has been demanding for decades. This is an opportunity to prove that we will pay for these stories.

I’m not sorry for fangirling. I will stop screaming when this stops being amazing.

You can find more about Big Bang Press on their website and social networking: Twitter, Tumblr and Facebook. And be sure to check out the Kickstarter page to find out all the details about the campaign, the team and the authors.