‘Black Lightning’ Pilot by Greg Berlanti Gets Picked Up by FOX! 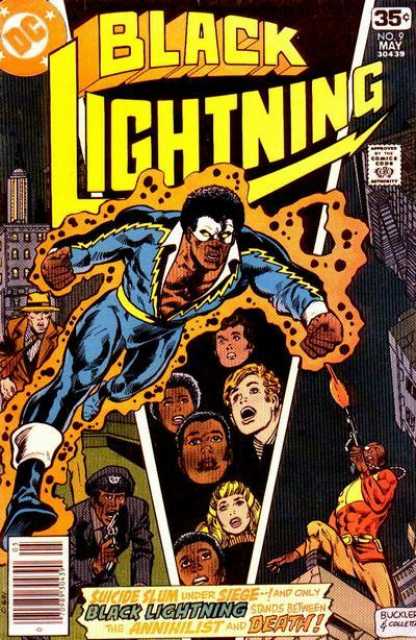 The superhero world on our TV screens could continue to grow more diverse if FOX decides to give a full season order to a series based on DC’s Black Lightning.

Greg Berlanti, the force behind superhero TV shows like Arrow and The Flash, is developing a series based on Black Lightning. According to Variety, the pilot for the upcoming show has been picked up by FOX. While the show getting a full-series order is uncertain at this point, it is good to know that a story focusing on an African-American superhero is being given a chance.

The plot of the series will reportedly involve Jefferson Pierce. He is a superhero known as Black Lightning. He has to come out of retirement after his daughter starts fighting for justice and a student gets involved in a local gang.

For those of you who might not know, Black Lightning made his debut appearance back in 1977. He has the power to generate and manipulate electricity. He also has limited flight, can create force fields, and is a skilled martial artist.

I’m looking forward to this project because not only will we be getting a POC hero, Pierce’s two daughters are also superheroes. There is Anissa Pierce (Thunder) and Jennifer Pierce (Lightning). A family of superheroes will be fun to see if this project gets a full-series order from FOX. We still need more diversity on our TV screens and Black Lightning can help change that.

Berlanti and Sarah Schechter will executive produce the upcoming project. It will be written by Salim and Mara Brock Akil. FOX also has a pilot commitment for an X-Men based TV show. Currently, the network is home to DC-based Gotham and Vertigo-based Lucifer.

What are your thoughts about Black Lightning? Do you hope the project develops into a proper series? Let us know!

Previous:Steven Universe 4×06 Review: Last One Out of Beach City