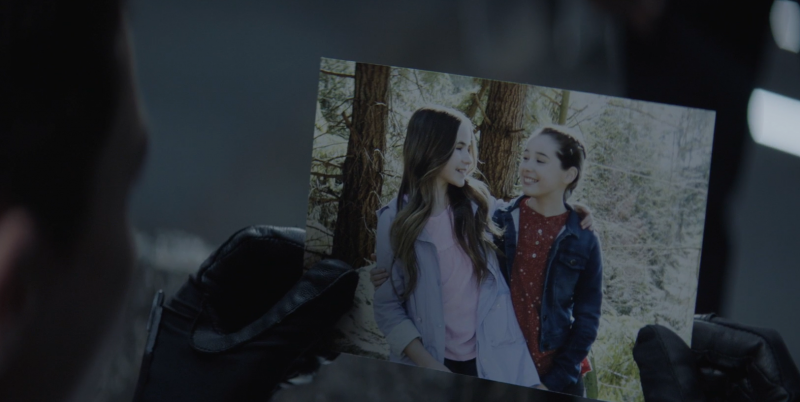 At the end of the last episode, Kate Kane came to the realization that Alice- the murderous villain from the premiere- was probably her long-dead twin sister. ‘The Rabbit Hole’ follows her quest to prove that to her father, who’s completely set against the idea. The whole arc should be a lot of fun- except it doesn’t exactly light a fire in fans, you know? I’m still all aboard the Batwoman bus, but the fact that this episode relies so heavily on Rachel Skarsten’s limp portrayal of Alice really drags it down.

Head’s up: I’m aiming for few-to-no spoilers for ‘The Rabbit Hole’ but a few might slip through. You’ve been warned.

‘The Rabbit Hole’ is a very cerebral episode. Not much external plot is pushed forward, but we spend a lot of time learning about everyone we met in the pilot and exploring their motivations. In some ways, I appreciate that. The interactions between Kate and Sophie went a long way toward fleshing out their respective characters. Side note, it’s interesting that Kate still trusts Sophie despite the Academy betrayal. It really underscores how deep her loyalties go- once you have her trust, it apparently takes a ridiculous amount to make her turn away. I mean, Alice is skipping around Gotham on a murderous rampage and Kate still wants to protect her.

I also enjoyed watching Luke get increasingly frustrated with Kate’s dismissal of public excitement over “Batman’s return.” He seems to be the voice of reason here, which is a very Alfred or Lucius Fox role to play, but he specifically refuses that comparison when Kate makes it. I wonder if there’s a reason he doesn’t like that. Is it just humility, or are we going to see some dark backstory for Luke? It can’t be too bad if Bruce trusts him to watch the Manor.

Ten bucks on Luke already having sent a message to Bruce Wayne about Kate borrowing his suit. No way is he just letting it slide for 4 days. 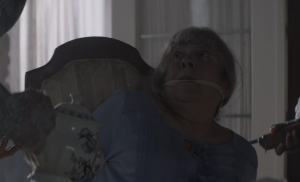 The extras playing hostages- including Ellie King here who gets just this one scene- have more range than Skarsten’s Alice.

Unfortunately, besides still liking Kate and Luke, there’s not a lot to enjoy about ‘The Rabbit Hole’ because… well, I hate to keep saying this, but Alice is just dull. In the comics, she speaks only in quotes from Alice’s Adventures In Wonderland. I guess they dropped that to make her scarier (???) which failed since she’s not even a little scary. We get a scene towards the beginning where Alice has a couple literally tied up at gunpoint surrounded by masked henchmen, and she can’t stir a whiff of unease in my fangirl’s heart. The extras playing hostages have more range than she does. There’s no use saying that Alice is supposed to feel detached and manic, either, because there’s a way to do that and still be interesting.

The one thing I can never forgive a comic book villain is being boring. Right now, I can’t see how Alice is going to be anything more than a millstone around Batwoman‘s neck as far as ratings are concerned.

Some friends of mine brought up another concern. In the pilot, I noted that Batwoman was checking lots of boxes when it comes to diversity. After watching ‘The Rabbit Hole,’ my friends started to feel like… maybe the showrunners are more interested in getting points for their diversity than actually using it to build a richer world? It’s way too early to draw this line in the sand, and I want to underscore that I’m not sure how much I agree with this statement. But I did think Stepsister Mary’s breakfast-table chatter about how they shouldn’t define Sophie’s sexuality didn’t feel genuine to me. It felt like the writers going, “Hey, we’re not erasing Sophie’s sexuality, see how woke we are talking about all the kinds of queer there are?”

Show, don’t tell. I found it much better when Kate and Sophie talk but Kate doesn’t lead with, “YOU MARRIED A DUDE, WTF?” She instead focuses on the fact that Sophie married anyone else and that hurts.

Now that I’ve crapped all over Alice, I want to say that the scenes between her and Kate were lovely despite her presence. Ruby Rose continues to do an awesome job with the complicated Kate Kane, and I’m excited to keep watching. The friends I mentioned earlier are still interested enough to join me next week, too. I see a lot of potential in this show if we can get past these early speed bumps.

Last thought… this was too slow-paced an episode for the second outing in a debut TV series. A better option would have been for Kate to get entirely sidetracked from her hunt for Alice by Gotham’s criminals trying to prove themselves against “Batman.” Maybe next time? Luke would certainly appreciate it.

Did you catch ‘The Rabbit Hole’? What did you think? Let us know in the comments, or on Facebook or Twitter!

Previous:“The Read” and “Throwing Shade” Podcasts Need a Crossover Ep!
Next: Webtoon and Crunchyroll Pair Up to Produce Animated Content