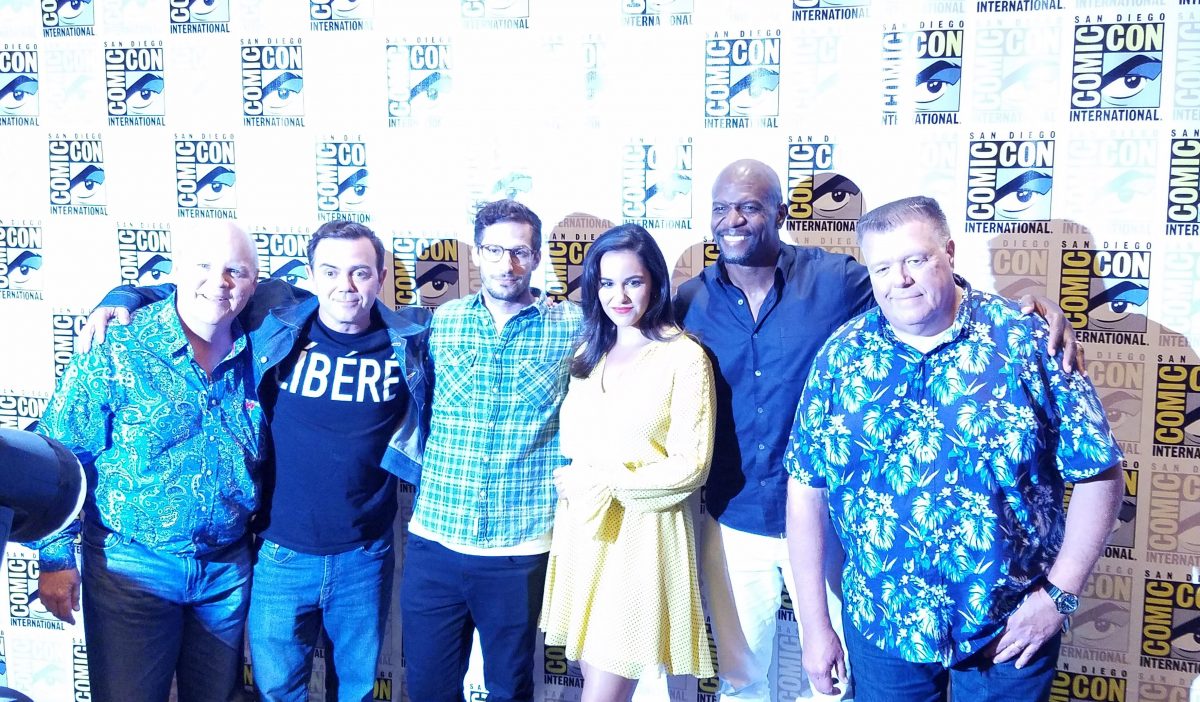 People are often surprised to learn there were shows like Brooklyn Nine-Nine at SDCC 2019, but they shouldn’t be. Aside from the fact that being into comics and pop culture is becoming more mainstream with each passing year, San Diego Comic-Con is about recognizing shows that have an impact, and a series like Brooklyn Nine-Nine, whose fanbase was able to save it from cancellation in less than 24 hours, definitely fits the bill.

Though I sadly wasn’t able to make it to the panel, I was extremely fortunate to be in the press room for Brooklyn Nine-Nine at SDCC 2019, and the theme of the night was the kindness of comedy. Brooklyn Nine-Nine is a very rare thing these days – a comedy that isn’t about insults and sarcasm. It doesn’t punch down or poke fun at individuals, but is rather about finding humor in the situations.

Everyone at our table was quick to point to producer and star Andy Samberg (who plays Jake Peralta) for setting the tone for the series. Terry Crews (Terry Jeffords) wouldn’t stop heaping praise on Samberg for not only making the rest of the cast feel comfortable, but also for recognizing when it’s necessary for his character to take a step back. For example, in the episode “Moo Moo,” Terry is almost arrested by another officer for the “crime” of being black; Crews told us about how Samberg realized how important of a message that was, and that his character should take the B plot that week. (Jake and Amy babysit Terry’s daughters and have the awkward pleasure of explaining racial profiling to them.)

There was also some discussion about the delicate balance the show plays at the moment, considering the rising distrust of the police in this country. They are very careful to show police officers as human beings, but they also want to show they don’t condone what is happening; that’s why there have been episodes focused on situations like racial profiling and corruption within the force.

Previous:I’m Ready to Know “Why Women Kill” This August
Next: The Cast of Teen Titans Wants a Season 6 Just As Much As You Do