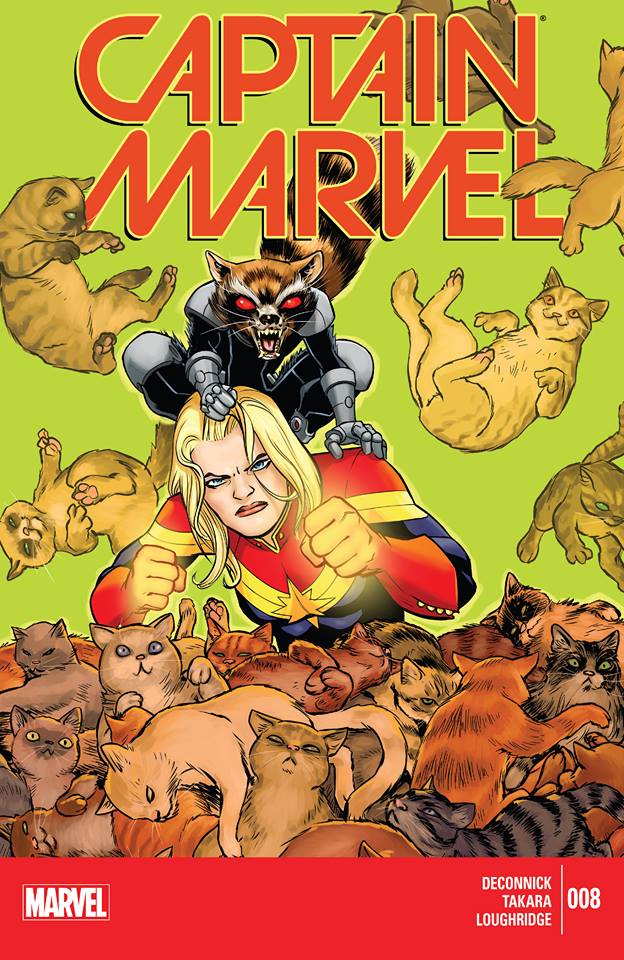 To quote the issue, “where were we?”

So when we last left Carol, her, Rocket, Tic, and Chewie were about Harrison being attacked. I have to say the whole Flerken thing was weird to say the least. Even stranger when you find out it’s a cat with giant tentacles. I mean like giant ones… coming out of its mouth. I will never look at cats the same way again.

The creature that was going for the ship was summarily dealt with (little fanfare in regard to the rest of the events). The real relationship that came out of this issue was a better Rocket and Chewie. At first they are still at odds, but ultimately it becomes a mutual appreciation. Though love hearts are involved at one point. 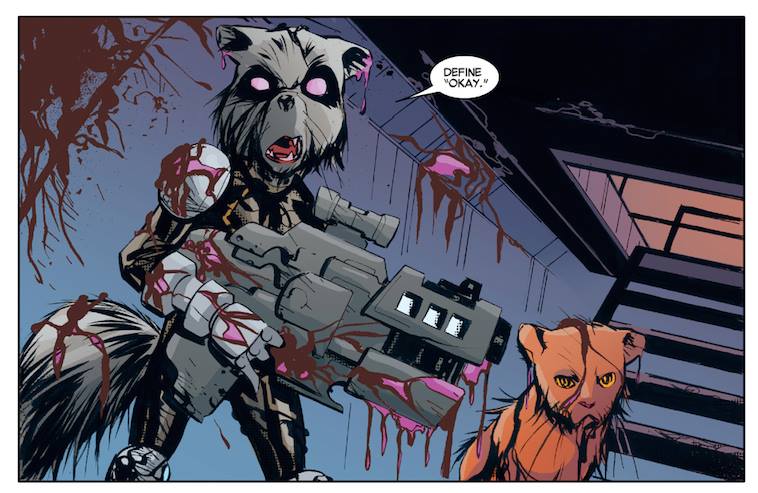 One thing I really did like is the ending panels where Carol decides that the best thing for everyone is for her to go it alone, as she doesn’t want anything to happen to Tic, Chewie, and 117 offspring. Of course, Chewie and Tic don’t agree, “the more you love something, the more you open yourself to the pain of losing it. That’s not foolhardy… that’s brave. Aren’t Avengers supposed to be brave?” I’d have to agree.

I have to say, I really enjoyed not only De Connick’s story, as there were a lot of humour elements (my personal favourite), but the art by Takara was excellent. I really do feel that it fits the writing. I have to admit, that it’s been a while with this book since I felt that meld, though I’m sure there are others who would disagree.

Ultimately, it was a slightly hokey ending to the Flerken saga, as they head off towards “adventure,” but I think some of the best stories do need a little fun.

Previous:Constantine 1×01 Review: Non Est Asylum
Next: Doctor Who 8×10 Review: In The Forest Of The Night