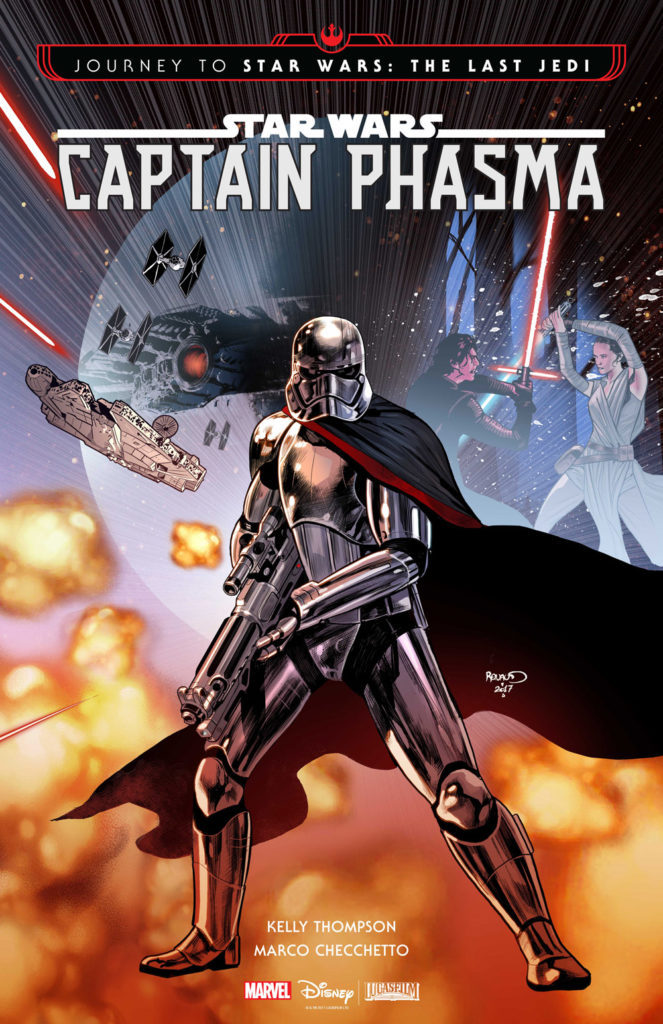 Shortly after The Force Awakens hit theaters in 2015, people (myself included) had questions about Phasma and her whereabouts. Did she survive the giant fiery explosion of death? Luckily, actress Gwendoline Christie dropped a coy exclusive at the 2016 SAG Awards and answered our (okay, my) burning questions. Phasma would be returning to the eighth film in the Star Wars franchise.

With only a few months until The Last Jedi debuts, Marvel has announced a four part Captain Phasma comic mini series. Kelly Thompson, a veteran Marvel writer, teams up with Marco Checchetto to provide us with a glimpse into the events unfolding after The Force Awakens. The comics won’t dip down into Phasma’s past but instead will focus on her escape from the Starkiller Base after Finn forces her into a garbage chute. We will follow her through certain death and onward into the next film; the comics bridge the gap between The Force Awakens and The Last Jedi.

The first comic hits shelves in September 6, 2017. I’ll admit, at first, I wasn’t satisfied with a sequel comic. I have more questions! Who is she? What about her makes her part of the First Order Triumvirate? Why is she shinier than a space disco ball? I’ve formed my own questions and theories about this magnetic figure with her chromium armor and magnificent sweeping red cape. Perhaps she’s an Inquisitor. Maybe she’s got some kind of connection to the Force, too, and if not completely, then at least Force sensitive.

Luckily for me, and all the people who still have questions too, a Captain Phasma novel will also arrive in stores in September. Written by Delilah S Dawson and titled simply Phasma, the novel explores the enigmatic history shrouding Star Wars’ first female villain. It appears we’ll have to wait awhile to meet the character behind the chromium, but September is only a few months away. Right?