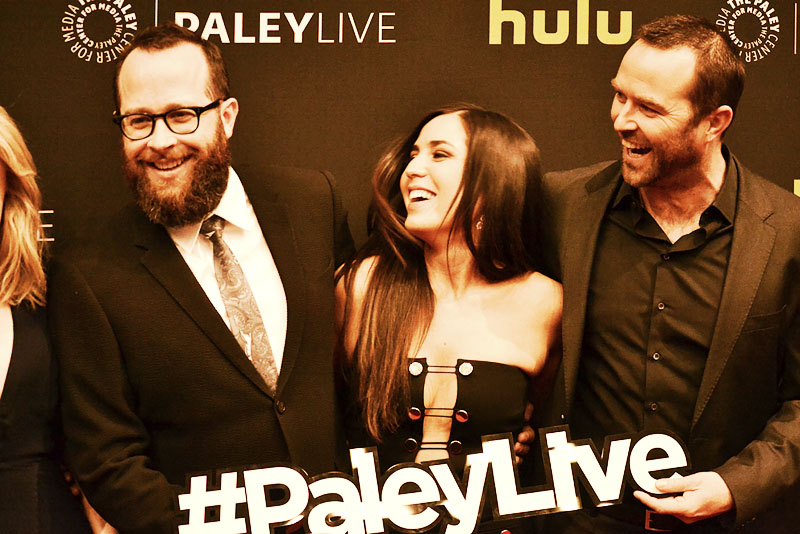 Many of the cast of NBC’s Blindspot, along with creator Martin Gero, were at The Paley Center for Media in New York City for a preview screening and panel earlier this week, and The Geekiary was on-hand to chat with Gero and some of the cast before the panel.

Starring Jaimie Alexander and Sullivan Stapleton, Blindspot is a conspiracy-thriller about a woman with no memory whose body is covered with tattoo puzzles that when unlocked, allow a team of FBI agents to save lives or prevent a crime. You can check out our panel highlights here.

The series has a strong emotional as well as mythology element, and the rapport of the ensemble cast has helped build the sense of family forming among the FBI team despite the conflicts and secrets that arise. Marianne Jean-Baptiste portrays A.D. Bethany Mayfair, who watches over her agents with the same intensity of A.D. Walter Skinner on The X-Files looking after Mulder and Scully.

Read on to find out more about what makes Agents Reade, Zapata, and Patterson tick, the complicated bond forming between the team of FBI agents, and how to plan a show where one of the lead characters has no memory.

Rob Brown told me that one of the most exciting things about playing Agent Reade for him is the action scenes.  “It’s fun to be out, especially in the city…being active,” Brown said. “I do get a kick out of being outside.” Reade, who seems to embody the idea of still waters running deep, is quiet but badass, with glimpses into his personal life and sudden frank truth-drops to his FBI teammates. I asked Brown if we were going to find out more about Agent Reade’s inner life, and Brown said there are more things coming up with insight into Reade, but the actor wouldn’t give details.

I asked how Reade felt about Jane, since he seems like he wants to trust her, but is understandably wary. 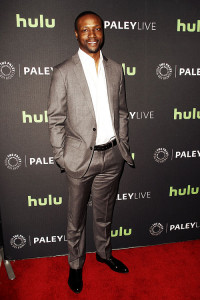 “Early in the season [Reade] came to understand that she’s an asset, to some extent he recognizes that,” Brown explained. “But I think everybody knows something’s up with her. Everyone has an issue with her, at some point. She’s a character!”

I spoke with Audrey Esparza about Agent Zapata, who is excellent at her job but struggles with a gambling addiction. The character has an innate sense of honor and wants to help people yet is hiding this other aspect of her life. I asked how it feels to play the two sides of the character.

“At the end of the day, everybody thinks that they’re doing the right thing,” Esparza told me. “What’s been challenging and exciting is playing both sides of that…it’s really exciting to play that conflict.”

Because Agent Zapata has such a dangerous job, I asked Esparza why she would crave the adrenaline rush of gambling. Esparza, who said she researched addiction, explained that for Zapata, “it’s about a lack of control…choosing her destiny.” 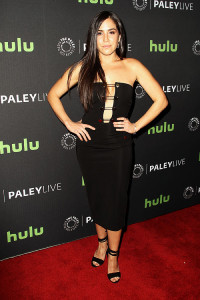 As for whether Zapata will open up more to her teammates or Mayfair, Esparza said that for the character “that’s difficult, she’s a pretty closed off person.” As an actor, however, Esparza is eager to do scenes like that. “I get really good scenes with Marianne Jean-Baptiste.” Esparza said she actually “called Martin and thanked him” because Jean-Baptiste “is such a joy to work with and an inspiration to work with.”

The arc dealing with Patterson’s grief for her boyfriend David, a civilian who was killed while helping Patterson with a case, has been one of the more resonant and sensitive grief arcs I’ve seen on TV lately. I got to ask Ashley Johnson about what’s ahead for Patterson, whether she’ll work past some of that sense of guilt she’s been carrying, and accept and trust herself again.

“It’s kind of how she’s handling it by not handling it,” Johnson said, referring to how Patterson buries herself in the work.

Patterson is trained FBI agent, but her character also demonstrates that badass isn’t just about punching and shooting a gun. The character does math in her head to save lives and is also a positive role model for women in STEM. I asked Johnson what she did to prepare for this role and what she most enjoyed about it.

“She’s such a fun character to play,” Johnson said. “I never played a character like this. It’s challenging but it’s so much fun.” She added that with every script, she learns something new. “I didn’t know a lot of the things that Patterson knows about.” 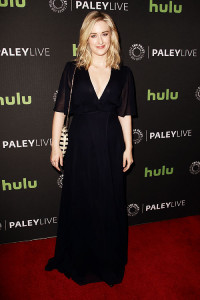 The most difficult part has been the dialogue, Johnson confessed, because of the technical jargon (often referred to as “technobabble”). She revealed that there isn’t a science advisor on set, but she prefers to “research on my own…if I can relay it to someone else in my own words, then I know I’ve got it.”

Esparza weighed in on how the agents are forming a found family unit despite the distrust. “I think people who work together become a family. Like we have, as actors, that kind of energy, that thing that people feel and watch.”

Martin Gero shared thoughts on the process of creating an ensemble show where one lead character in the group has amnesia, and how this affects the dynamics.

“In the first half of the season [Jane Doe] didn’t know anything about herself so she had no secrets and on a show like this, that’s super useful to have a secret or two, to keep it from somebody,” Gero explained. Once Jane started to get more of a sense of herself, Gero felt that it made sense to let her “have a secret from everyone else, something that was all her own, and I think that worked really well.” He added, “you can lean into the amnesia part of it for about 10 episodes and now she’s a character who doesn’t know who she is and is slowly defining herself based on who she is now.”

Concerning how much they tell the actors ahead of time, Gero said that Jaimie Alexander, who plays Jane, “wants to know the bare minimum” and that in fact all the cast “kind of don’t want to know…when they read the scripts is the only time they get to watch the show and get to feel the ups and downs. But for the most part they prefer not knowing.” 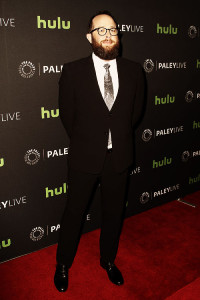 I asked about dynamics of the FBI team and whether they’ll be opening up to each other more and growing closer.

“Absolutely,” Gero said. “They’re a family. A f***** up disturbed family but they’re a family nonetheless, they really need each other, they care about each other, and there’s certainly some mistrust, but I think when it’s most important, they’re there for each other.”

The episode screened at the panel, which aired on NBC later that evening, he felt exemplified this aspect. “Patterson is in mortal jeopardy and they just kind of rally around it in a way that I don’t think you’ve seen them do before.”

Blindspot airs Mondays on NBC. Have a favorite agent on the FBI team? Any conspiracy theories about Jane Doe’s tattoos or thoughts on the season so far? Feel free to discuss in the comments.