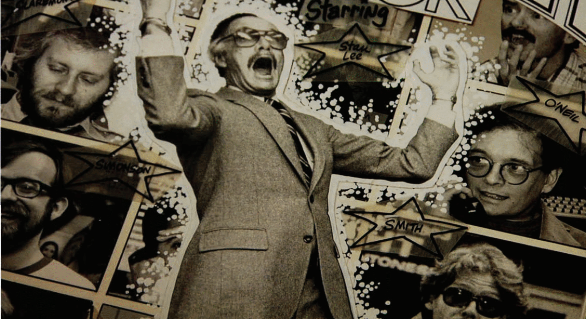 If you read the X-Men comics, you’ll probably be familiar with the name Chris Claremont. He’s responsible for the creation of iconic X-Men as well as storylines. Now, fans can enjoy a fun comic book history lesson when Chris Claremont’s X-Men releases on VOD on February 6, 2018!

Chris Claremont came to Marvel as a young man. He was assigned to X-Men, a book no one else wanted at the time and which was also close to cancellation. Claremont worked on the X-Men for the next 17 years, turning it into one of the biggest franchises in comic book history. His work has gone on to receive numerous video games, films, TV series, and more. The X-Men are an important part of pop culture and fans can thank Claremont for that.

You can get to know more about Claremont and his work on Marvel’s mutants when Chirs Claremont’s X-Men is released on VOD on February 6, 2018. The extended version of the documentary, by Patrick Meaney, “provides an expanded story with more background on Claremont and his two original collaborators, Ann Nocenti and Louise Simonson, revealing secrets into what made them a great team.”

Fans can also gain insight into Claremont’s childhood and understand the connection between him and the heroes he helped create and write about. The documentary also goes over Claremont’s opinion about the X-Men films, including New Mutants, and the Legion TV series.

Furthermore, the upcoming VOD release contains never-seen-before interviews with Rob Liefeld (Deadpool creator), Marc Silvestri (artist) and even hard-core fans who share the impact both Claremont and the comics have made on them.

Chris Claremont’s X-Men was directed, produced, and edited by Patrick Meaney. Jordan Rennert produces and is the Director of Photography. XLrator Media serves as the distributor. The approximate runtime is 71 minutes.

Are you an X-Men fan? Are you looking forward to watching Chris Claremont’s X-Men? Feel free to share your thoughts with us.