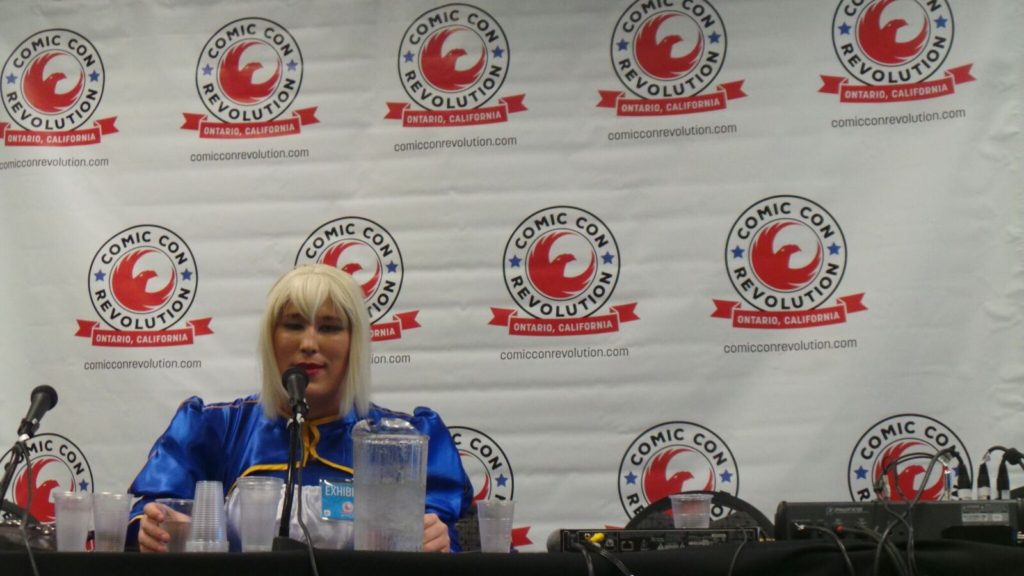 One of the most interesting panels at Ontario’s Comic Con Revolution was the ‘Incognito: Dark Art of Hiding in Plain Sight’ panel hosted by cosplayer Kasia Celeste, aka “Skitz_Cosplay”. The panel explored themes of identity and found family that will resonate with fans of all kinds.

Comic Con Revolution was held towards the end of May in Ontario, California. There was the usual variety of comic and entertainment guests plus some thought-provoking panels addressing social issues in fandom. One of those was ‘Incognito: Dark Art of Hiding in Plain Sight’ which revolved around exploring identity through cosplay, with an emphasis on trans cosplayers. (Full disclosure: the panel hosted by a friend of mine, Kasia Celeste aka “Skitz_Cosplay”.)

Kasia Celeste started transition 2 years ago and has been cosplaying since 2006. She found that costumes were a way for her to learn to be comfortable in her own body. As she met more people in the community she found that sense of finding identity was a common theme among fellow cosplayers. “I always tell people it’s really funny for trans individuals… it’s hard to be yourself, and it takes you putting on a costume -which is a mask- to be yourself,” Kasia remarked.

The panel ran as a loosely-led open Q&A with lots of pauses for audience questions and participation. Kasia gave a brief overview of “trans” versus “cis”, discussed the non-conforming nature of the term “trans”, and explained some LGBT terms the audience asked about. She talked about the huge LGBT+ presence in the cosplay community and how people feel free to play their favorite characters regardless of sex or gender.

Kasia also shared her firsthand experience of being transgender in the military, touching on how she felt when she saw certain tweets about that last year. “I’m one of the lucky ones,” she said later about that time. “My officer in charge was actually the one who sent my treatment plan up and constantly pushed for it and asked if I was okay. When the Tweets came out my commander, my deputy commander, and my chief of staff left a meeting with the Secretary of the Navy to come make sure I was okay. Others have had issues… other branches outside the Navy have had trouble.”

The panel wandered through topics including how costumes allow people to define themselves, found family versus blood, and coming out through cosplay. Towards the end of the panel Kasia took questions from the audience. One was from a young lady asking how to come out to her parents. It was an amazing moment as this young lady came out to a bunch of strangers and found support. Some of the other audience questions surrounded how Kasia’s friends treated her during when she came out, how she dealt with losing friends, and how her parents treated her during her transition. One of the other topics brought up from the audience was how to deal with someone who doesn’t use the right pronouns.

Through everything there was a sense that the audience was taking the opportunity to learn more about the trans experience outside of cosplay and share their own stories. People seemed to connect with Kasia and with each other during questions. That, for me, was what made this panel so compelling. Fandom families are the most accepting families many of us have; seeing that in action was a memorable experience.

Like many Comic Con Revolution panels this one is a little under an hour, and you can watch both parts below. (Have a laugh when Kasia gets on my case a few times for being on my phone, but it’s worth it to share this panel.)

What do you think of ‘Incognito: Dark Art of Hiding in Plain Sight’? Share your thoughts -and your experiences below!

Previous:Lucifer Season 3 DVD Gets August Release Date!
Next: iZombie 4×13 Review: And He Shall Be a Good Man