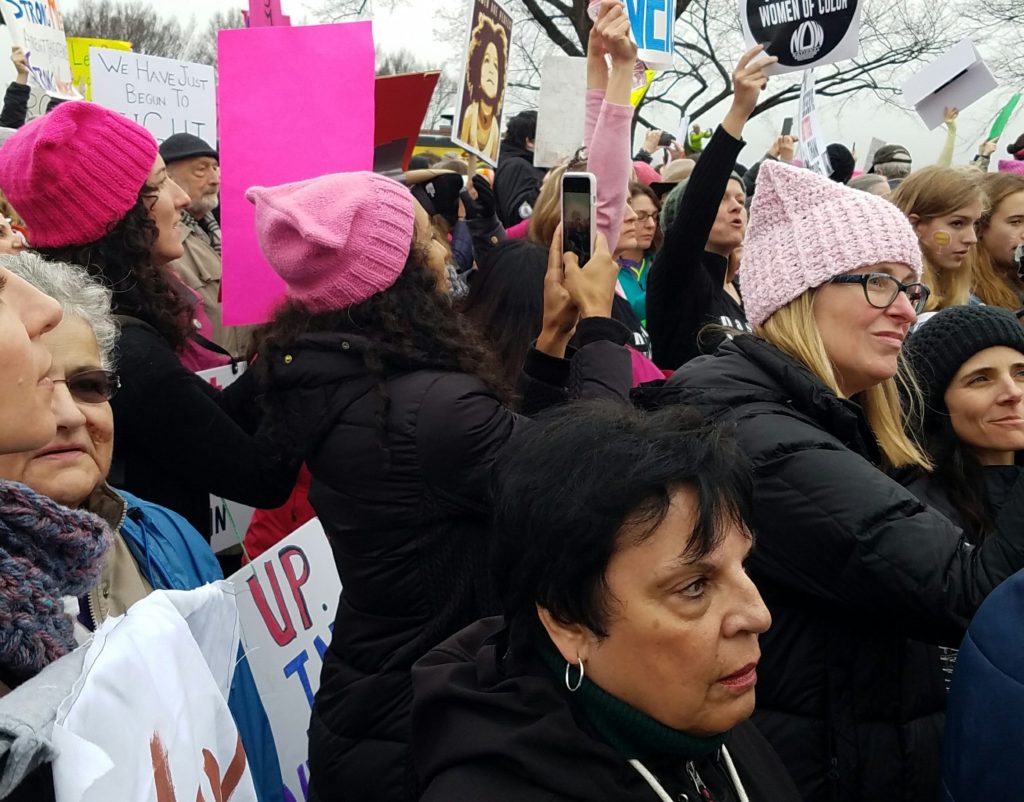 “Let’s fill the crowd with heroes!” That’s the hopeful message of Cosplayers Rally Against Hate, a group of Arizona-based cosplayers planning to join protests surrounding a visit from the President on Tuesday.

Anabel*, the group’s creator, started Cosplayers Rally Against Hate to support peaceful efforts to stand against the white supremacists who will likely attend Trump’s visit. They’ll be joining a vigil set up by the inclusive First Church UCC Phoenix, then marching with the group to the Capitol building.

The popularity of the event has surprised Anabel. In the beginning, she thought marching dressed as Wonder Woman was a perfect way to spread Diana’s message of love in the face of hate. A coworker overheard her plan and was inspired to march as well. Anabel agreed to make her friend a crown for the march, then threw out a Facebook invitation for other cosplayers to come along.

“A lot of the ‘official’ cosplay groups had members who wanted to do something to support the rally, but don’t want to do it under their group’s name,” she explained. That hesitation is the reason for the group’s inclusive but somewhat generic name. “Cosplayers Rally Against Hate” is meant to be something people can unite under at other rallies, something that gives them a sense of unity without taking away the safe space of their cosplay groups.

Anabel expected to get responses from a handful of friends. Instead nearly fifty cosplayers have RSVP’d to the event with more than 400 interested in attending. After laughing about the interest, she said, “It’s been really incredible to see the message grow and people realize that it’s really accessible and they can leverage being a geek, too, to help get the message across.”

The positivity is especially well-timed. Bleeding Cool broke a story this week about a well-known cosplayer who was marching alongside her White Nationalist husband in Charlottesville. Alisa Norris is best known for her Supergirl cosplay, once used as an art reference for actual Supergirl comics. Her fans are coming down on all sides of the situation, but it’s left a bad taste in most geek’s mouths.

Hopefully, Cosplayers Rally Against Hate can be a source of geek unity, not division.

With the event so close, Anabel knew that getting a solo permit for a large group would be difficult. She did some research and found First Church UCC Phoenix, a local church known for its inclusive message. The church was planning a peaceful event meant to “calm our fears and strengthen our hopes and empower us to act”.

It was exactly the right message. Anabel also likes that the rally is a series of small related events rather than one large one. “I want people to feel comfortable to come and go as they please,” she said. “They can stay for the established vigil, join the march, [or] just figure out what works best for them.” This is a much more approachable format for those who might have trouble attending a massive event like the Women’s March.

Asked why she chose Wonder Woman as her cosplay, Anabel offered: “In the recent movie, Diana says: ‘I will fight for those who cannot fight for themselves’ and ‘Only love can save this world’. That really inspired me personally to go as her.”

Anabel is certainly doing Diana proud. She has a determined yet compassionate attitude towards the rally and expressed sympathy for people who worry about putting themselves out there: “Many are kind of afraid to do the rally, which I get. I like to play things safe, too. But this is also important, and costuming helps give people that personal armor, to stand with a message that inspires them and that they want to inspire in others.”

If you’re near Phoenix and want to join the event, you can find more details on their Facebook event page.

*Anabel asked to use only her first name in order not to distract from the event.

*Header photo is of the Women’s March in DC. The Cosplayers Rally Against Hate hasn’t happened yet, people.