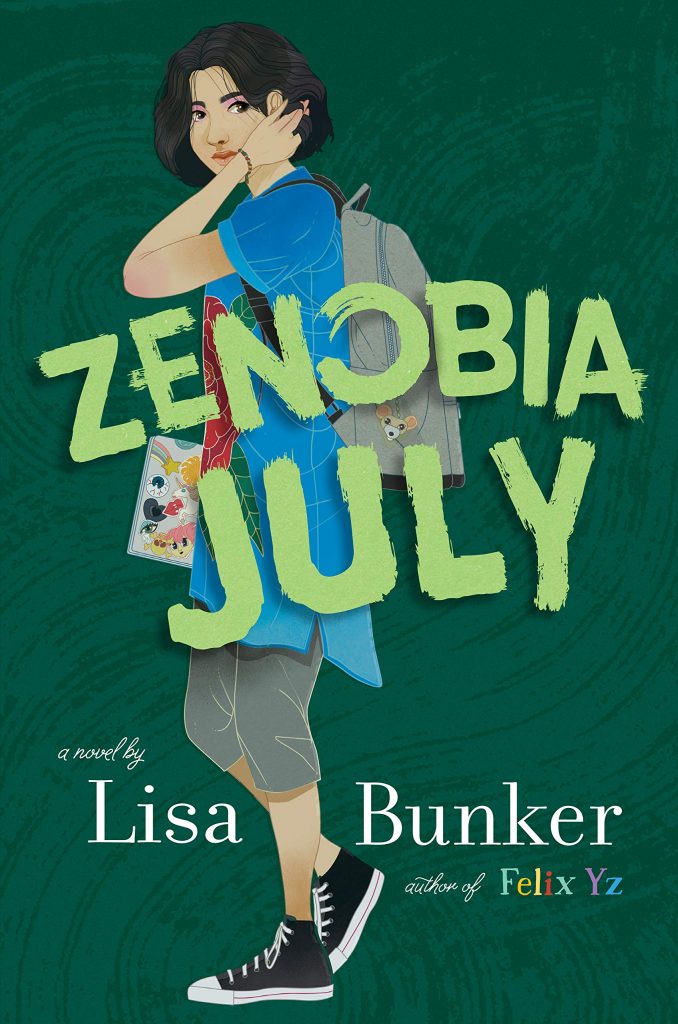 When I asked for recommendations to diversify my Pride Reads selections, Zenobia July was a title that came up multiple times. A middle grade novel with a trans protagonist, Zenobia July is a charming, honest examination of gender identity – with a mystery subplot to boot.

Zenobia July is the story of Zenobia, a young trans girl from Arizona who moves to Maine to live with her aunts after the sudden death of her father. The book deals with some very complex issues in what I think was a very well done manner. Zenobia is struggling to come to grips not only with her gender identity, but also being the new girl at school while still grieving for her father – and her mother. She is trying to be the best version of herself while still figuring out who that is.

For middle grade readers who may not have been exposed to the LGBTQ+ community, this book does a good job of explaining and normalizing. It helps that most of the important characters in the story are queer, or if not, are extremely accepting and supportive of those who are. There is another trans character aside from Zenobia, a genderqueer character, a drag queen, and a (presumably) lesbian couple. They are all flawed in understandably human ways, and the characters and dynamics are – aside from Zenobia’s own introspection and self-reflection – what makes this book such a great read.

The mystery subplot was not that great. It revolved around Zenobia helping her teacher track down a hacker who kept defacing the school’s website with bigoted and inflammatory remarks (anti-Muslim and anti-trans). The language was weird, but I suspect that’s partly because of Zenobia’s age and because escaping onto her computer was how she dealt with her problematic home life with her father. Also, not that I’m doubting the ability of a middle school kid to be a seasoned hacker, but that part of it just wasn’t very realistic. Then again, it’s for middle grade readers, and I’m sure most of them won’t really be concerned with authenticity. (I wasn’t, at that age.)

Most people probably hear “middle grade” and think “too young” but I quite enjoyed it and thought it was a good read. It’s always wonderful to see an LGBTQ+ book aimed at younger readers. It’s also nice to read an LGBTQ+ book where the characters have something to do that doesn’t revolve around their identity – it helps reenforce that they are people like anyone else.

Zenobia July by Lisa Bunker is published by Viking Books for Young Readers and is currently available wherever books are sold.

Previous:“Charlie’s Angels” Official Trailer Reminded Me of Netflix & Totally Spies!
Next: “One Day at a Time” Renewed By Pop TV! Congratulations to All The Fans!