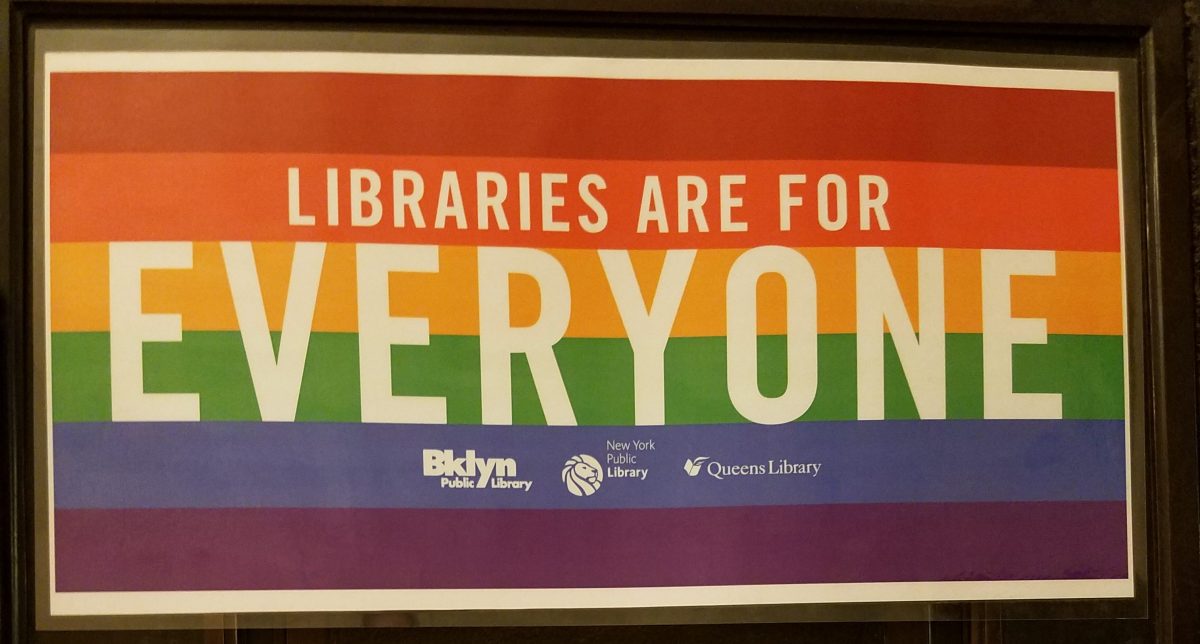 Last month, inspired by a BookCon panel and aiming to diversify my reading list a bit, I pledged to only read books featuring LGBTQ+ protagonists. Armed with my trusty stack of books, a few ebooks I bought on sale and never got the chance to read, and a bunch of recommendations from Twitter, I began my Pride Reads.

For Pride Reads, I read eight books in the month of June, all with LGBTQ+ protagonists, many by queer authors. For each book I read, I wrote a post about it. However, I had a long list of books to choose from, and I thought I would write this wrap-up post to summarize not only the books I did manage to read but highlight all of those I didn’t get to read. Just in case anyone else is looking for some queer books to read.

We Contain Multitudes by Sarah Henstra
LGBTQIAP+
Epistolary format about two high school boys tasked with an English project forcing them to write letters to each other who grow closer and eventually start a relationship.

This Is Kind of an Epic Love Story by Kacen Callendar
LGBTQIAP+
Teenager is reunited with his childhood crush when he moves back into town following his parents’ divorce; problem is, he has a boyfriend.

The Gentleman’s Guide to Vice and Virtue by Mackenzi Lee
LGBTQIAP+
Adventurous romp set in the regency era about a young noble on his Grand Tour with his younger sister and best friend (with whom he is in love).

Carmilla by Kim Turrisi
LGBTQIAP+ (nonbinary)
Based on the first season of the popular web series, a college student is embroiled in a missing persons case that involves a cult of vampires.

Queens of Geek by Jen Wilde
LGBTQIAP+
Three friends are on a bucket list trip to the world’s biggest pop culture convention and find love along the way.

Been Here All Along by Sandy Hall
LGBTQIAP+
The relationship between best friends and next-door neighbors begins to change when they both realize they have feelings for each other.

Let’s Talk About Love by Claire Kann
LGBTQIAP+
A college student finds herself questioning everything when she is suddenly attracted to her new coworker.

Zenobia July by Lisa Bunker
LGBTQIAP+ (gender queer)
A young girl grieves for her family, moves to a new school, learns to embrace her identity and helps track down a hacker.

We Set the Dark on Fire by Tehlor Kay Mejia
LGBTQIAP+
In a world where marriages for the wealthy are business transactions, two girls risk everything to help the rebellion.

In Our Own Worlds
LGBTQIAP+
Four critically acclaimed Tor.com (sci-fi and fantasy) novellas.

Girls of Paper and Fire by Natasha Ngan
LGBTQIAP+
A girl is taken from her family by the military and placed into the demon king’s harem, but she is captivated by one of the other girls.

The Tiger’s Daughter by K. Arsenault Rivera
LGBTQIAP+
Two young women, raised apart, one a warrior, one an empress, fight to save their world from demons.

What If It’s Us by Becky Albertalli and Adam Silvera
LGBTQIAP+
After a meet-cute in the post office, two young men with very different outlooks on life attempt to date.

They Both Die at the End by Adam Silvera
LGBTQIAP+
Two boys meet to have an adventure on the last day of their lives.

The Dangerous Art of Blending In by Angelo Surmelis
LGBTQIAP+
A teenager deals with his abusive mother, his workaholic father, and the fact that his best friend is now very attractive.

When the Moon Was Ours by Anna-Marie McLemore
LGBTQIAP+
A young girl who grows roses from her wrist is being hunted by a family of witches who want the flowers for themselves.

You Know Me Well by Nina LaCour and David Levithan
LGBTQIAP+
Two classmates who have never spoken meet by chance one night and have no idea how important they will become to each other.

All Out: The No-Longer-Secret Stories of Queer Teens Throughout the Ages
LGBTQIAP+
A collection of 17 short stories of historical fiction written by YA authors from across the queer community.

Sissy: A Coming of Gender Story by Jacob Tobia
LGBTQIAP+ (nonbinary)
A memoir of one person’s journey to discover their gender identity.

I Wish You all the Best by Mason Deaver
LGBTQIAP+ (nonbinary)
Thrown out of their house after coming out, a teenager moves in with their sister and is taken under a charismatic student’s wing.

Once and Future by Amy Rose Cappetta
LGBTQIAP+
A genderbent retelling of the legend of King Arthur set in the future, and in space.

Stray City by Chelsea Johnson
LGBTQIAP+
An “anti-romantic comedy” about a lesbian who has one drunken hookup with a man, gets pregnant, and decides to keep the baby.

Redefining Realness: My Path to Womanhood, Identity, Love & So Much More by Janet Mock (trans, nonfiction)
LGBTQIAP+
Memoir of TV host and activist Janet Mock about growing up, transitioning, and following her dreams.

This Is How It Always Is by Laurie Frankel
LGBTQIAP+
Two parents want their youngest child to be whatever they want to be; they just don’t necessarily want the rest of the world to know.

None of the Above by I.W. Gregorio
LGBTQIAP+
A teenage girl is having difficulty dealing with the knowledge that she is intersex, which is only amplified when her diagnosis is leaked to her school.

Gender Queer by Maia Kobabe
LGBTQIAP+ (gender queer)
Graphic memoir that started out as a way to explain to eir family what it’s like to be asexual and nonbinary.

Birthday by Meredith Russo
LGBTQIAP+
Two teens are bonded when they’re born on the same day at the same time.

If I Was Your Girl by Meredith Russo
LGBTQIAP+
A teenage girl falls in love and worries about telling her boyfriend that she is trans.

For Today I Am a Boy by Kim Fu
LGBTQIAP+
A story about the costs of forsaking your own path in order to follow one laid out for you by others.

Summer Bird Blue by Akemi Dawn Bowman
LGBTQIAP+
A young girl struggles to deal with the death of her sister and find a way back to music again.

*A note on the categorization system. If I am aware of the sexuality of the protagonist(s), it is bolded on the acronym. If I am unaware, I just bolded Q as a catchall. If it’s not on the acronym, I bolded the + and put it in parentheses.

Other than my Pride Reads list, for further reading (if you are a fan of YA), please check out Queer Books for Teens, a comprehensive list of queer books published between 2000-2017.

Previous:Disney Casts Incredibly Talented Halle Bailey as Ariel in Live-Action “The Little Mermaid”
Next: ‘Wynonna Earp’ Is Getting a Much-Deserved Season Four! Panel Coming to SDCC 2019!