“Crooked Kingdom” Is a Maze of Twists and Feels 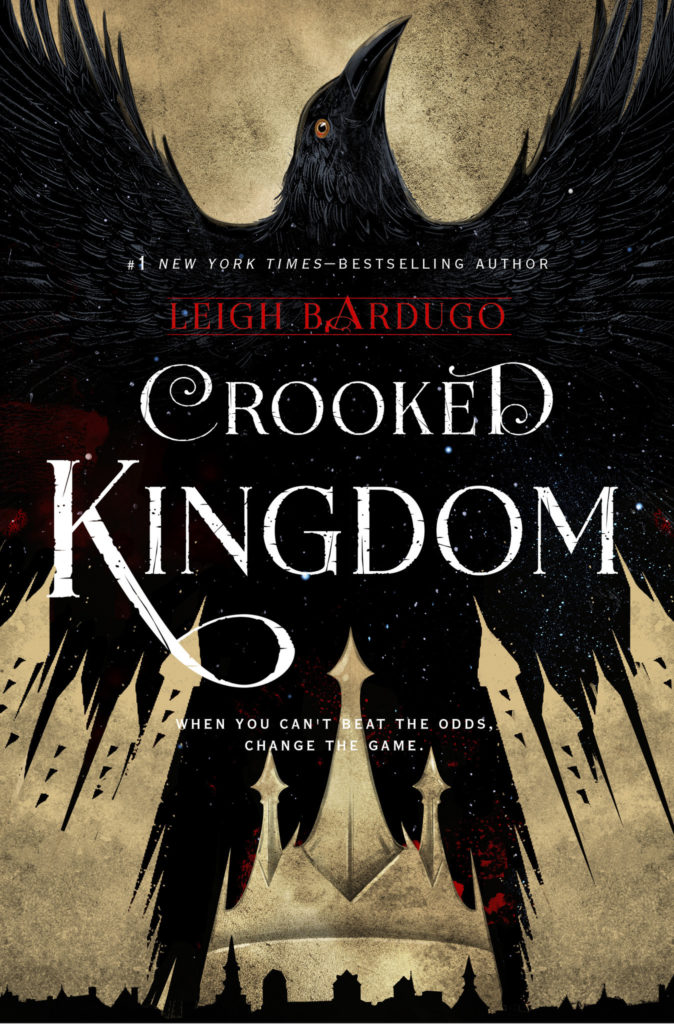 I am honestly ashamed of myself for how long it took for me to finish Crooked Kingdom, the sequel to Leigh Bardugo’s best-selling Six of Crows. But at long last, I have finished, so let’s discuss.

In my review for Six of Crows, I talked about how difficult it is for me to adequately articulate why I like something. Surprisingly, that isn’t something that I’ve gotten better at, even with all the reviews I’ve done since I started writing for The Geekiary. Still, let’s see if I can do Crooked Kingdom justice.

Whereas Six of Crows focused primarily on breaking Kuwei out of the Ice Palace, and therefore was one long, major heist, there are a lot of minor cons going on in Crooked Kingdom. Everyone gets the chance to lend their expertise to the cause – even Kuwei – as Kaz’s crew attempts to get the money that is rightfully theirs. Each section is basically its own heist, which both helps to keep the story fresh and is also super frustrating as a reader. It’s like watching a television show with a season-long arc but that still has mini-cliffhangers at the end of each episode. You’re engaged in the overall story, but just get to the point already!

The characters that I loved so much in the first book are back and just as great as they were before, with one added bonus: Wylan has POV chapters. This book really dove into a lot of the characters’ backstories, perhaps even more so than the first one, especially in the case of Wylan, about whom we previously knew so little. We have further developments in the relationships, which is just fantastic; now that we know more about the characters, it’s much easier to root for their romantic entanglements.

It isn’t just the romance, though, that makes the characters’ relationships interesting. While I absolutely loved Jesper and Wylan continuing to dance awkwardly around each other, I was just as involved in Jesper repairing his relationship with his father and Nina seeing her fellow Grisha for the first time since she went missing.

And again, the danger is real. As I brought up with Six of Crows, having multiple points of view ensures that you are constantly worrying about the fates of the characters. It’s a perfectly valid worry this time around, because not everyone makes it in this one, and now it’s a thousand times worse, because you’re more invested. And yes, I cried.

In short, Crooked Kingdom is a fitting conclusion to a massively intriguing story. With the exception of a few semi-major heartbreaks, the tale of the Dregs comes to a satisfying end, and if you loved Six of Crows, I suspect you’ll be just as enamored with its sequel.

Crooked Kingdom by Leigh Bardugo is published by Henry Holt & Company and is currently available wherever books are sold.

Previous:‘Ginger: Beyond the Crystal’ is Fun 3D Platformer – Game Review