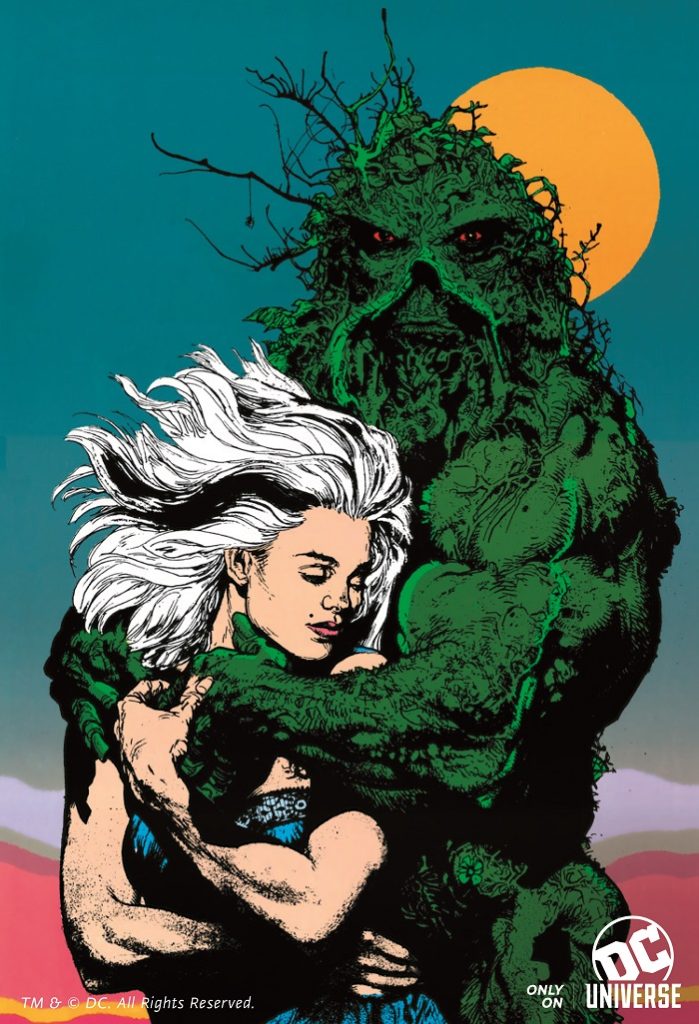 Crystal Reed is going to continue working in the DC Comics-adapted live-action world. She has been cast as Abby Arcane for Swamp Thing, one of the DC Universe-exclusive series.

While the show is yet to cast the titular character, Crystal Reed has been announced to play Abby Arcane (or Abby Holland) in the upcoming live-action series. Abby Arcane is the niece of the villainous Anton Arcane. During the course of her comic book appearances, with her debut being Swamp Thing #3 in 1973, she befriended Swamp Thing and ended up marrying him. They even have a bisexual daughter. The birthing process was weird and involved Swap Thing inhabiting the body of John Constantine to impregnate Abby.

Fans of Crystal Reed might be interested in seeing her play a character with supernatural abilities. Abby is an empath and also possesses powers of telekinesis and telepathy. Her empathic nature allows her to care for others around her. It also led to her connection with Swamp Thing.

Abby Arcane also has white hair with two overlapping black streaks that start from above her evenly wide forehead. I can’t wait to see Crystal Reed in such a look.

Here’s the Abby Arcan’s description for the live-action series:

Smart and caring, CDC Doctor Abby Arcane’s strong sense of empathy puts her at the center of a horrific life-threatening epidemic in her hometown, where she faces emotional demons from her past… while a chance meeting with scientist Alec Holland takes her into a world of horror and the supernatural, and of the elemental creature known as Swamp Thing.

Reed entered the DC Comics-adapted live-action world by playing Sofia Falcone on Gotham season 4. While I didn’t like her character turning into a crazy ex-girlfriend as the series progressed, I did like how Reed portrayed her, especially during the scenes where she manipulated others. She was a villain as Sofia. So, let’s see how she plays a more empathic Abby.

Swamp Thing will premiere exclusively on DC Universe. The executive producers are “James Wan, Mark Verheiden, Gary Dauberman and Michael Clear, who together are behind some of the best horror franchises of the past few years, including The Conjuring, It and Annabelle.”

Abby Arcane has appeared in the live-action medium before. It was during the 1990’s Swamp Thing series, which aired on USA Network.

Are you subscribed to DC Universe? Feel free to share your thoughts with us.