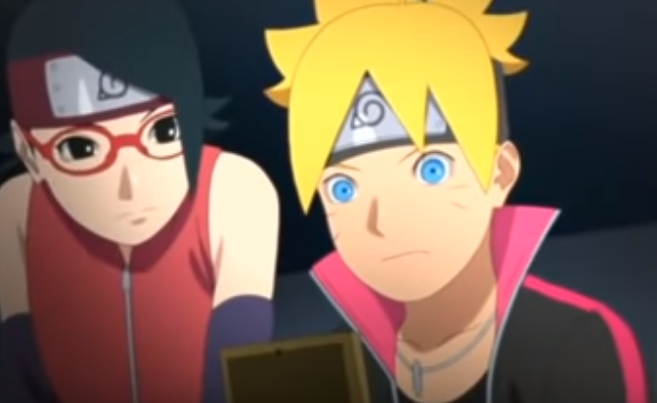 ‘Mitsuki’s Will’ focused on the aftermath of Mitsuki leaving the village. Of course, everyone else thought he had betrayed his fellow shinobi while Boruto was adamant about uncovering a reasonable explanation behind his comrade and friend’s decision to run away.

I don’t know how the current Mitsuki-centric arc will play out, but for right now I have enjoyed the two episodes telling the story of the young ninja trying to find his own will. ‘Mitsuki’s Will’ made it clear he had to run away to protect the village and he knew the new villains. That’s why seeing the other characters not giving him the benefit of a doubt feels weird. At least, we know Naruto trusts Mitsuki and following in the footsteps of his father, Boruto knows his friend made such a decision because of something important.

I was a bit disappointed to see Salad doubting Mitsuki’s intentions and getting into an argument with Boruto about the need to keep their emotions out of a situation because they are ninjas. While she did decide to side with Boruto by the end of the episode, seeing her not trust Mitsuki from the beginning was something I wasn’t a fan of.

‘Mitsuki’s Will’ also focused on his and Boruto’s relationship. The writers didn’t make Boruto and Salad say anything when they found Boruto’s picture in Mitsuki’s home. I don’t even know what they could have made the characters say during such a moment. There is definitely something going on with Mitsuki’s feelings toward Boruto. So, I’m glad the writers decided to keep them silent instead of throwing in a line or two to make fun of Mitsuki’s emotions.

What did you think of ‘Mitsuki’s Will’? Let us know.