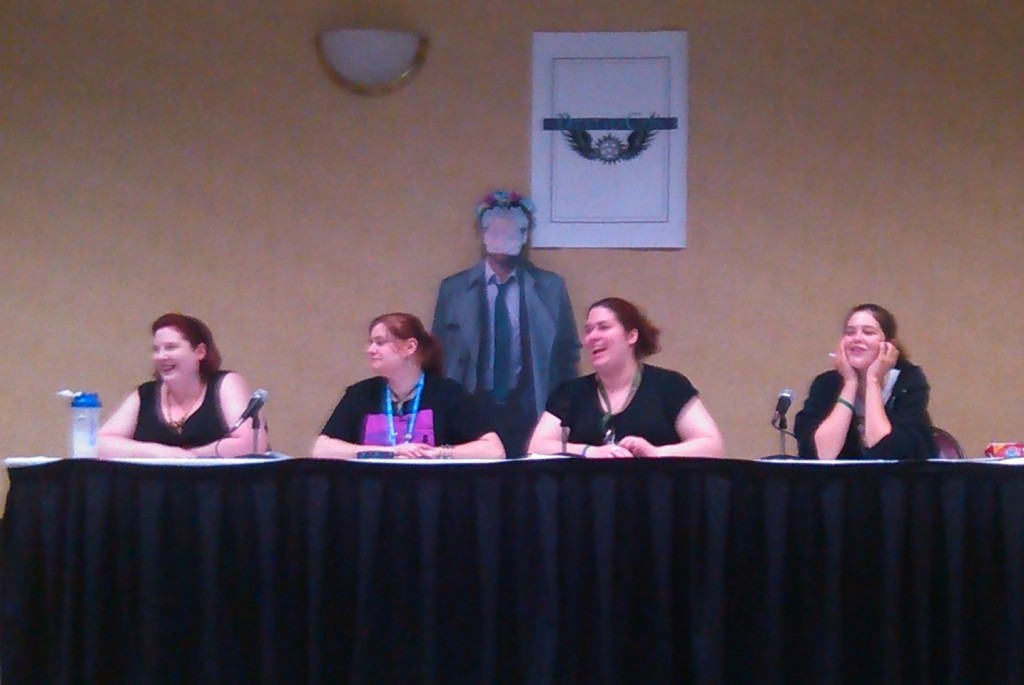 Where could you find Swagstiel, friendly discussions on multi-shipping in Supernatural, and a staff that blew our minds with three days of fandom fun? That would be the DestielCon. The convention’s aim was to create a chance for fans of a like-mind to convene and discuss Destiel. Destiel, if you do not know, is the ship name of Dean Winchester and Castiel from the long-running TV show Supernatural. The weekend was full of dialogue not only about Destiel but Supernatural and the other characters we’ve all grown to know and love.

The weekend began on Friday evening with ‘Games Night,’ in which everyone played a variety of games and met each other. The staff was unbelievably kind in making sure that everyone felt included. The night also included the panels “Should it be Canon?”, “F-Yeah Sam,”  and “M/M Erotica,” the latter being a panel for those of us over 18. Before the panels, “Free To Be Radio” did a live broadcast of their show. Free to Be Radio is a weekly podcast made by Destiel fans for Destiel fans, and any fan, as they talk openly about Supernatural. The radio show was a great icebreaker since it was interactive with the fans at the convention. The in-depth talk about Destiel, the show, and the many giggles made the night start off with a bang. 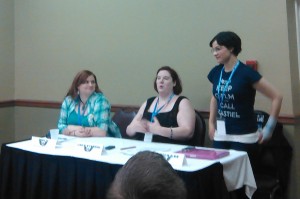 During “Should It Be Canon?” the panelists had us split the room between Yea, Nay, and Neutral; let’s just say that some people were sitting on each others’ laps. The conversation during this panel, though intense, was friendly and open. The Yeas, Nays, and neutrals all got a chance to add their words into the hat. Many points about the romantic subtext of Destiel in the show itself was brought up, including music choices, the script, the Dean and Castiel interaction, and the evident romantic tropes being used. Many of the nays felt that fanfiction has done such a great job with Destiel that the show could never compete.  While many of the Yeas felt that because of the subtext that is where the show plans to take it – to canon. The neutrals, which I was among, agreed with many of both sides points but also made a large point of not wanting to get their hopes up. At the mention of a flirty Demon!Dean, loud cheers erupted.

The other two panels of Friday night, “F-Yeah Sam” and “M/M Erotica,” were just as exciting as “Should It Be Canon?” During “F-Yeah Sam,” the room exploded with joy over everything we loved about Sam. His ability to get WiFi almost anywhere was definitely brought up.  Fans discussed how we barely know anything about Sam as a person, the longstanding martyrdom complex, and his constant use as a plot device. Not to mention that Sam is very pretty indeed. “M/M Erotica” was an 18-plus panel and IDs were checked. (NSFW)

The discussion of all types of erotica, whether F/F, F/M, or M/M (to name a few), was brought up. A big question that was asked by panelist Jessica Lee was, “Do we find that we enjoy reading M/M erotica because it removes ourselves into a different type of surrounding that we haven’t experienced as women?” The discussion then moved to turning fanfiction into actual novels, why it’s popular, myths about the genre, and then back to why a lot of us enjoy the genre. We recommended to each other not only works of fanfiction but also novels in the M/M Erotica genre. 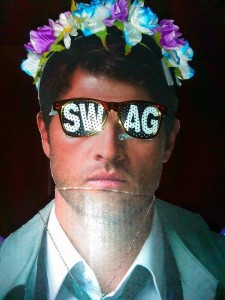 The second day of Destielcon was packed with a cosplay contest, Fan videos, panels, advice on getting published from Riptide Publishing and McWood, and a night of dancing at the Men Of Letters Charity Ball. The cosplay contest was in the early morning along with the fan videos, which I missed but was lucky enough to have seen a recording of the fun and videos replayed later. There was many Fem!Cas cosplays, an End!Verse Dean and Cas, a chibi Fem!Cas, The Impala, and something about pink undergarments getting thrown around. The panels such as “Romantic Tropes,” “Silent Storytelling and Subtext,” “Multi-Shipping,” “Destiel and Religion,” and “All the AU Fic” were all open and intense conversations. Many come out of “Multi-Shipping” with new ships and an appreciation for multi-shippers everywhere. The staff, panelists, and attendees did a great job of making everyone feel safe and open during all the discussions. My favorite of the panels was “All the AU Fic,” which ended up becoming a Fanfiction AU rec panel about halfway through because we love AU that much. Each of the fan videos gave the room a lot of FEELS. Throughout the day, there was artwork and T-shirts to be bought. Swagstiel, who had our URLs on his back, made an appearance throughout the day and even joined us for a night of dancing.

Before the Men of Letters Charity Ball, learning a few basic steps of swing dancing proved to be an awful lot of fun and created friendships. At the Ball, during which the convention-goers either had an outside sponsor or sponsored themselves an amount to be given for each hour, we danced to Misha Collins’ “Random Acts of Kindess,” which was the highlight of the day. Everyone was able to take a few hours to let go and wiggle.  Many dressed up in poofy dresses in the style of a ’40s/’50s theme, and others just went however they felt comfortable. At the top of each hour the staff did a prize, which won myself a Dean Winchester standee. Other prizes were bracelets, Pie, and the last one of the evening was the Samulet. There was a sit-down dance for those in attendance who were unable to stand and dance. (Have I mentioned how kind, open, and friendly the staff and everyone was yet?) The staff may have had us do our own version of the ‘Harlem Shake’ viral videos. 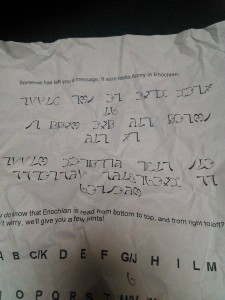 The next morning, the last day of Destielcon, started off with the 2Spooky Treasure Hunt. The clue was written in Enochian. The goal was to capture ghosts in salt rings, rescue Bobby and Adam from hell, and burn remains to save everyone (SALT AND BURN, Baby). I have to mention how kind and inclusive the staff was again because after a night of being ridiculous and crazy with dancing, I did in fact feel very nervous when I walked in Sunday. They quickly made sure everyone had a team and was having fun, myself included. After the treasure hunt, everyone piled into the main room for a makeshift panel in which we discussed the show and what we hope to see next season. This was followed by a very fun Trivia Game. One side of the room were the Demons and the other side was the Angels. My side, the Angels, put up a good fight but were defeated in the end. Two of the writers from Redemption Road Skype’d in for an hour, and some left the room as they hadn’t finished Redemption Road yet. I left, as I am only halfway through.

Destielcon ended with loud cheers, many tearful thank-yous, everyone shouting their URL’s at each other, and hugs. The staff was incredible. The panelists were brilliant. Friendships and memories that will last a lifetime were made. Here’s to hoping that next year will happen so we can do it all over again. Be sure to check out the Destielcon tags on Twitter and Tumblr for photos and videos from the attendees and staff. Thank you, Riptide Publishing, for giving us free gay fiction so we can Read the Rainbow. Thank you, Destielcon, for reminding me that I am free to be me.

And yes, Swagstiel is now a thing.