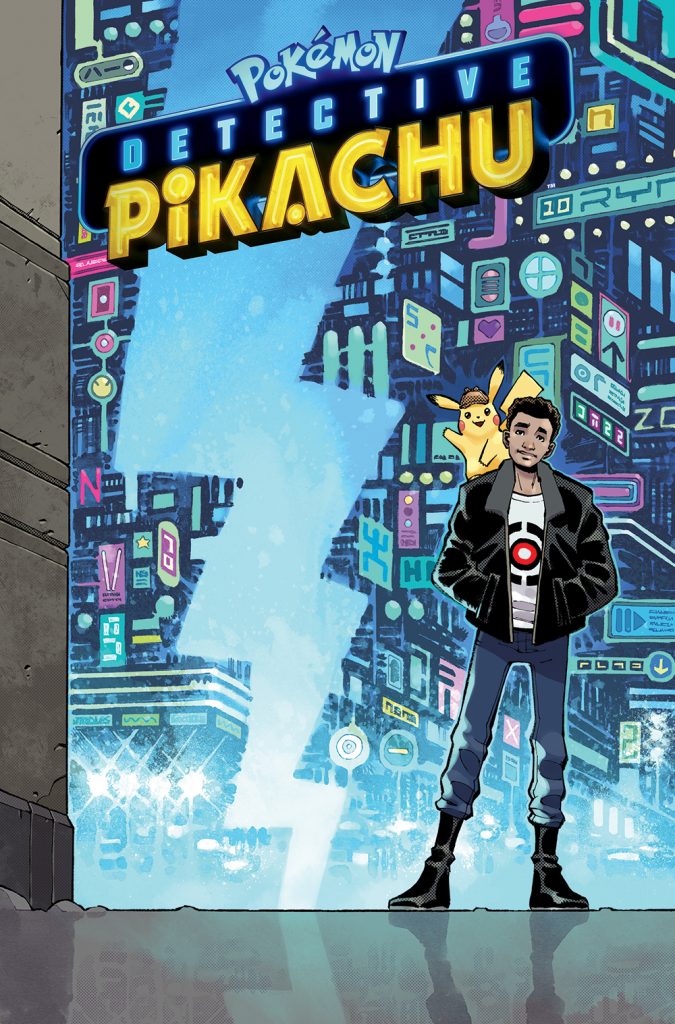 Legendary Comics announced today at Emerald City Comic Con the Detective Pikachu graphic novel adaptation, in anticipation of the May 10 release of the first-ever live-action Pokémon movie starring Ryan Reynolds. New York Times best-selling author Brian Buccalleto, best known for his work on DC Comics’ Flash and Injustice, has written the adaptation and Nelson Dániel, storyboard and concept artist for films like Aftershock and Green Inferno, has done the art.

Pokémon is one of the world’s most popular, multi-generational media properties and one of the most successful franchises of all time. Inspired by the upcoming big-screen adventure, the Detective Pikachu graphic novel will debut online and in stores this summer, following the film’s release.

Readers can follow along with the story of main character Tim Goodman (played by Justice Smith in the film) searches for his father. In his journey through Ryme City, his unlikely partner is a coffee-loving, danger-magnet Pikachu who has the ability to speak the human language. Twists, turns, and unexpected dangers surround the two as they attempt to solve a mystery in a land where humans and Pokémon live together in harmony.

“We are thrilled for the opportunity to work with The Pokémon Company International,” said Robert Napton, Senior Vice President of Legendary Comics. “Pokémon is a globally-adored brand, and we absolutely loved expanding the story of POKÉMON Detective Pikachu onto the page with the help of Brian’s words and Nelson’s art.”

“Legendary Comics has done an outstanding job of bringing the world of POKÉMON Detective Pikachu to life in the form of this graphic novel,” said Heather Dalgleish, Director of Publishing at The Pokémon Company International. “We’re excited to be working with the Legendary Comics team on this initiative and can’t wait for readers to dive in to this Pokémon story.”

POKÉMON Detective Pikachu, from Legendary Entertainment and Warner Bros. Pictures, will be released in theaters nationwide on May 10.