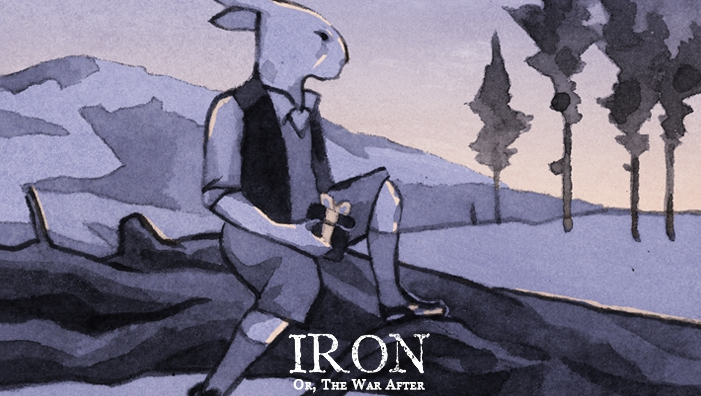 For an entire generation of children, Jim Henson was the master of their imaginations. His legacy lives on through Archaia Entertainment’s limited series re-launch of The Storyteller, the first issues written and illustrated by S.M. Vidaurri. Vidaurri, who has worked in a variety of mediums and weaves folklore with classical-inspired art, took time out from writing and illustrating to answer a few questions and offer his own advice for aspiring comic book writers and artists:

First, tell us a little bit about yourself and your background in the comic book industry.

Well, I grew up in northern New Jersey, and got a degree in Illustration at the Univeristy of the Arts, Philadelphia. After that, I kind of struggled a bit trying to find out what I wanted to do. I worked on some comics and had some bad experiences, which led me to try to write my own book. I published my first graphic novel in late 2012, early 2013 at Archaia entitled Iron: Or, the War After. It was also published in France with Cambourakis. 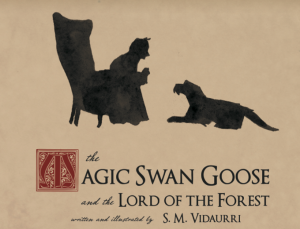 You recently released the first of a new limited mini-series that is re-launching Jim Henson’s short-lived TV series, The Storyteller, which retold obscure fairy tales for a modern audience. The first issue, Jim Henson’s The Storyteller: Witches #1, has been garnering rave reviews for both the writing and the artwork. What was it like working on a project that continued the legacy of a creator as popular and beloved as Jim Henson? How did you first get a hold of this project?

I had worked with Archaia before, so when they approached me to work on a Henson property, I was over the moon. It’s kind of intimidating though, because a lot of Henson fans have an encyclopedic knowledge of his work, so they’ll know if you’re phoning it in. For my story, I tried to do what I believed in, to try to filter Henson’s vision through my own, to make the best story I could.

Did you anticipate such an overwhelmingly positive response to Storyteller?

Well, you can never tell with this kind of thing. You work on a book for months and you hate it, love it, despise it, and become obsessed with it. Once you’re finally finished it’s hard for me to even tell up from down anymore. I hoped people would like it because I thought it was the best work I’ve done so far, but all I had was hope.

How would you describe your artwork and who are some of your major influences? Did the works of the Brothers Grimm and Hans Christian Andersen, particularly the art that was published alongside their retellings of classical fairy tales, influence Storyteller at all?

I was particularly influenced by J.W. Waterhouse. He was a painter who worked in a Pre–Raphaelite style at the end of the 19th century. A lot of his work was paintings of classic scenes from Shakespeare and historical recreations. I quoted a lot of his work in the book, and the cover is actually my own take on his painting “Tristan and Isolde”. I just loved the romantic style he had and thought it would work well for the storybook kind of approach I was going for. 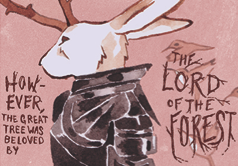 For the first issue, you retold an obscure Russian fable featuring Baba Yaga, along with the Lord of the Forest. How did you select these two fairy tales?

Well, I didn’t really want to tell a story about an evil witch. I thought that the other stories in the book would explore that aspect of it, so I wanted to try to branch out. So I thought if I introduced a new character to an old story I could change aspects of the witch’s personality to explore her motivations a bit more.

When can we expect the second issue and can you give us a hint of the fairy tales retold in the upcoming issues?

The second issue is out now! And it looks amazing. It’s a retelling of a Japanese folktale by Kayla Vanderklut. I know that the fourth issue is a retelling of a classic Baba Yaga story, which is actually taken from an unproduced screenplay from the original Storyteller series. Jeff Stokley is illustrating that one and he is easily one of the best up and coming artists working today.

Your first graphic novel, Iron: Or, the War After, also took place in Europe and featured common fairy tale traditions such as anthropomorphic animals. How important is folklore to your writing and art?

I really enjoy the aspect of anthropomorphic animals because I feel like you can very easily lead the reader to have false expectations. If someone is a tiger they immediately think he is going to be fierce and cunning. I just think it’s a great storytelling tool.

What inspired Iron: Or, the War After, which told of a long-term cold war in an unnamed European-esque country?

Iron was something I had been developing for a while, so I’m not sure there was any real watershed moment where the idea came to me. But of course, All Quiet on the Western Front was a huge influence; also [John] Steinbeck’s The Moon is Down. I really enjoyed these stories because they gave a complex view of each side.

What projects are you currently working on?

I’m currently working on my next graphic novel, as well as a few one-shot comics. I’m also continuing the world of Iron in an online weekly web comic, which I’m promoting through Patreon. It picks up where the novel left off but is also completely accessible to new readers.

You frequently attend various comic conventions, both across the country and internationally. What has been your favorite con experience so far?

I just love the variety of people I get to meet. I love signing books for little kids because hopefully they will become life long readers. I’m really happy with the way the dynamics of the conventions are becoming more diverse and inclusive, though there’s still a lot of work can be done. But I saw first hand at NYCC how their new no-tolerance anti-harassment policy was implemented when a vendor near one of my friends got a lifelong ban for spouting sexist comments at con-goers. That was really satisfying, because it was obvious this dude just thought that was an acceptable way to act. “I usually just get a warning,” was his defense, and I’m sure that was the case for a long time, and I’m happy it isn’t anymore.

What were your favorite comic books and novels growing up?

Oh, I read a lot of Spider-Man as a kid. I also really enjoyed the MC2 Spider Girl when that was out. I mostly stuck to superhero fare until I was in my late teens. Hellboy was a book I became obsessed with a little later on. Bone is another.

What advice do you have for people who want to write and/or illustrate their own original comic books?

Just do it and don’t give up. Comics is a small business and if you have a good attitude, are kind, and work hard, people will notice.

Where can fans reach you or purchase your work?

I listed my Patreon earlier, and for my graphic novel you can really find it wherever books are sold. My Jim Henson story will be collected in a trade edition early next year, which will also be widely available. My website and my Twitter are pretty good places to go to check up on what I’m up to.

Check out S.M. Vidaurri’s Jim Henson’s The Storyteller and Iron: Or, the War After today and tell us what you think!

Previous:The Legend of Korra 4×7 Review: Reunion
Next: Constantine 1×04 Review: A Feast of Friends