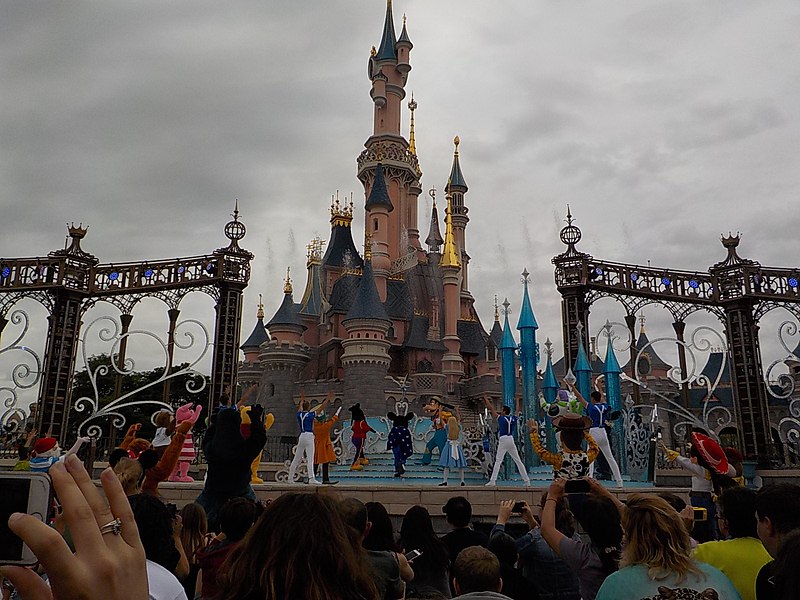 Disneyland Paris is scheduled to open July 15th, the same day as Disneyland in California and just days after Walt Disney World begins its phased reopening on July 11th.  Mid-July is going to be busy for the Disney Parks.

Disneyland Paris has been one of the more elusive parks to track as Disney began plans to reopen its properties around the world. While information about the parks in Asia and the United States has been fairly plentiful (except for Tokyo), we really haven’t heard much out of France since it shut its doors a few months ago. But now we have a date: Disneyland Paris will be open on July 15th. The opening will include Disneyland Park, Walt Disney Studios Park, Disney’s Newport Bay Club Hotel, and Disney Village.

Disneyland Paris will follow similar enhanced safety protocols as we’ve seen at the two parks opened already – Shanghai and Hong Kong. There will be a cap on attendance (the new reservation system will come online in early July, apparently), there will be more sanitizing stations around the park, and all guests over the age of 11 will be required to wear a mask. They will also apparently be cleaning things much more frequently.

The entertainment in the park itself will also be adjusted. Character meet-and-greets and playgrounds will not be available to park guests quite yet as this type of close contact is a bit too risky at the moment. Parades and fireworks will also be put on the back burner for a while, presumably to reduce the crowds that gather for these shows. The parades may return at some point later in the summer, however, so we’ll see how that plays out. Shanghai still ran their parades in a modified way, so this change might just be temporary for Disneyland Paris.

So, does this sound appropriate like the openings in Hong Kong and Shanghai? Or will it feel disastrous like the looming park openings in the United States? For me, it’s really hard to say. France has been opening things for several weeks now, and their numbers are high, but seemingly on a decline. But, frankly, it’ll come down to how well their guests adhere to the safety guidelines. I’d like to think they’ll be better about it than we are here in the US, but I really don’t know.

If you live in Europe and have some insight on how this will go, drop me a line! I’d love to hear your thoughts. Am I right in assuming they’ll be more inclined to follow the guidelines? Let me know!

Speaking of the United States, there’s a lot of news coming out of Florida as we advance toward their reopening. Walt Disney World is being talked about way more than pretty much any other Disney park right now, which I guess shouldn’t be too terribly surprising, but is still interesting to note.

The hotels now have opening dates, which are as follows:

This phased reopen of the hotels is interesting and I’m not quite sure how they decided which ones will open at which time. It may be a ploy to keep attendance levels down or phase in the staff. But they could easily open all the parks, but just limit the number of people on sight. Surely that’d make more sense than cramming people into fewer hotels?

But whatever the reason, that’s the current schedule for the Florida based hotels. If you do plan on going this summer (which I have been consistently advising against over and over and over again), please plan accordingly.

However, not all of the news coming out of Florida is good. There’s apparently been some glitches with the reservation system. Based on the reports from Inside the Magic, it seems people were eventually able to get through, so it may have been a temporary stumbling block on launch. It’s not entirely uncommon for a website to glitch when it first opens to heavy traffic, so you may be alright now that the initial crunch has passed. I would prepare for other similar glitches as other phases of the reopening start to roll out, however. Remember to be patient, be kind, and remember that visiting a Disney park isn’t a necessity. You will get through this.

While I may be in the dark about Disneyland Paris and the chances of parks adhering to the strict safety rules, I feel pretty confident feeling out both Walt Disney World and Disneyland. With that said, please wait before booking your trips until later in the year, or even next year. It may feel like the pandemic is over, but it’s not. The numbers in the United States seemed to plateau for a while, but never actually dropped as they did in much of the world. Many places – including Florida and California – are seeing increases in numbers.

I get the impulse. I really do. I’m dying to travel again to pretty much anywhere. Just walking to the grocery store feels like an adventure right now. I was supposed to go to Disneyland next month, but when the outbreak began to escalate back in March I canceled the trip. The urge to pick it back up again is strong, but we need to chill, guys.

Each of us needs to take some responsibility for the pandemic and do our part to reduce the spread. This includes staying at home a while longer and waiting for the numbers to actually go down. Please put the Disney vacation off a bit.