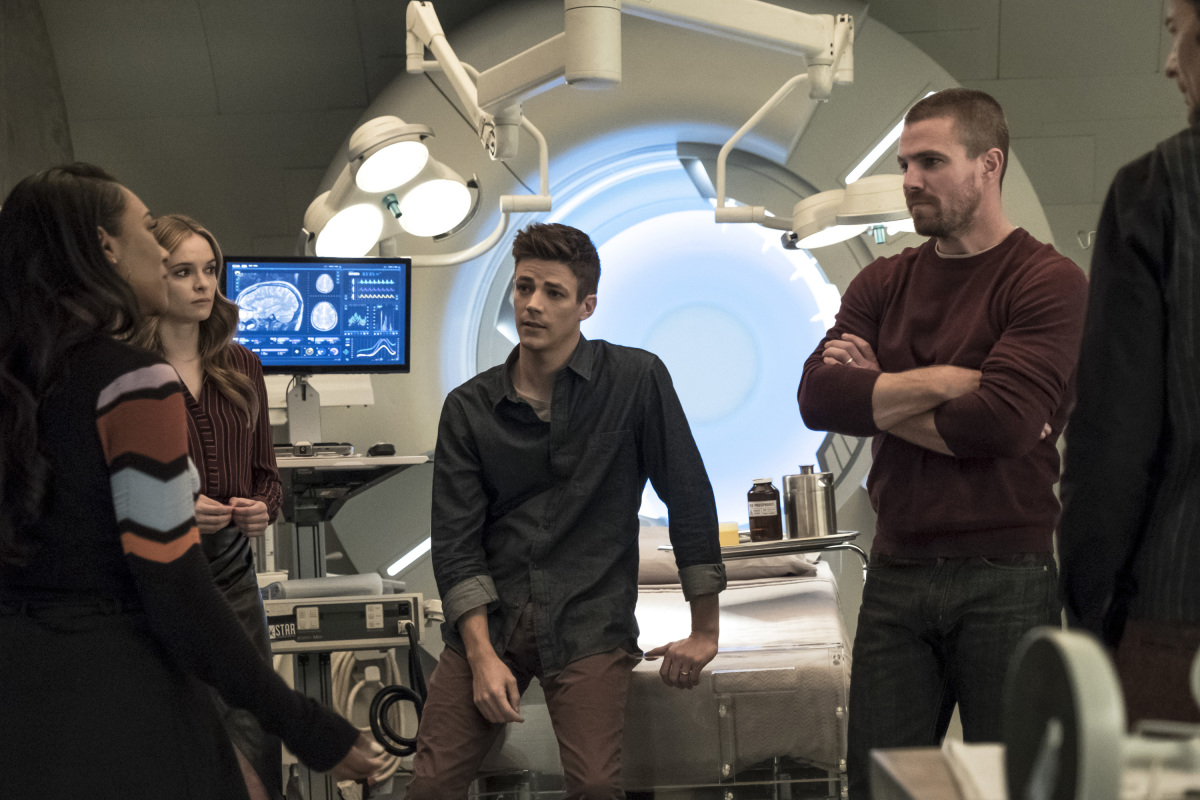 I’ve failed you all. I totally meant to pick Supergirl back up this season and start reviewing it again, and I haven’t. But I’ve been so excited about this crossover since it was announced that I couldn’t not watch the event. This year’s annual DCTV event started with The Flash and “Elseworlds Part 1”.

Is it difficult to watch a three series crossover event when you’re behind on all three shows? A little, but it helps when something is as entertaining as this event is so far. “Elseworlds Part 1” was a delight. We started out in a flash forward (see what I did there?), with a future Barry Allen facing down The Monitor, aka the Big Bad of this event. The Monitor appears on Earth-1 (aka Barry’s Earth) and bestows a powerful tome on a man named Dr. John Deegan, giving him the ability to rewrite reality. For whatever reason, he switches Barry and Oliver Queen. 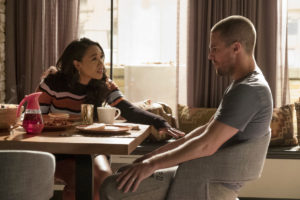 As humorous as I found the episode, with Barry and Oliver reacting very differently to finding themselves in each other’s lives, I feel like there was a missed opportunity with these episodes. Barry and Oliver switch completely – we see early in the episode that Oliver wakes up in Barry’s apartment and there is a photo of him (i.e. Oliver) and Iris. So Oliver still looks like Oliver, but he has Barry’s abilities and everyone else thinks he’s Barry. They totally wasted an opportunity to have Grant Gustin being Oliver-as-Barry and Stephen Amell being Barry-as-Oliver. I would pay money to see that.

Despite that, “Elseworlds Part 1” was a lot of fun. Barry gleefully being Oliver was counteracted nicely with Oliver being so put out about being Barry. Of course, no one believes that they’ve switched bodies (because…they haven’t, technically, done that), so Team Flash puts them in a cell – but they monumentally screwed up by locking them up together. (Seriously, rookie mistake.) The scene where they escape was hilarious, with Oliver convincing Barry to dislocate his thumb in order to get out of the handcuffs (and then laughing about how stupid his hand looked with a dislocated thumb) and Barry teaching Oliver how to phase them out of the cell. This was one of many bickering moments between the two that really made this episode quite enjoyable.

Barry has the theory that only their Earth is affected, so (after convincing Iris that something is wrong), they pop over to Earth-38 and visit Kara, hoping that she will still recognize them. Kara just so happens to be visiting her cousin on 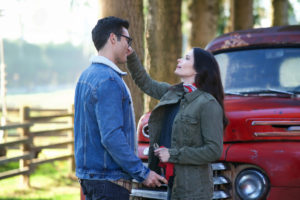 the farm, and as we get our first glimpse of Smallville, we hear “Somebody Save Me” by Remy Zero. Yep. They did that. They played the Smallville theme song.

Anyway, something you may remember is that “Elseworlds Part 1” is the DCTV debut of Bitsie Tulloch as Lois Lane, and honestly, I loved her. She was charming and tenacious, and she cheered on Barry when he and Oliver were sparring because she thought Oliver was a jerk. Plus, she and Tyler Hoechlin’s Clark were adorable together. I am 100% on board with this.

Barry’s theory was correct. Kara recognizes them for who they are, and when Cisco shows up, he tells them what’s happened on Earth-1 in their absence. Namely, a giant robot with the ability to copy metahumans’ powers has shown up and is terrorizing the city. Barry, Oliver, Kara, and Clark all go to lend a hand, but it’s really down to Barry and Oliver embracing the switch that allows them to defeat AMAZO. After the robot is destroyed, Clark returns to Lois and Earth-38, as they are currently unprotected, and Cisco tells the others about the Vibe he got. He shares the vision with Barry and Oliver, and we see the moment when the Monitor gives Deegan the tome; Monitor is aware of their presence and warns them that there is nothing they can do to stop what’s coming.

Oliver uses Barry’s super speed to draw the moment. A tower in the background is emblazoned with the name “WAYNE”. Looks like we’re headed to Gotham City, and standing atop a building, hair blowing in the wind, is Batwoman.

“Elseworlds Part 1” is a great start to the three-night crossover event. It was entertaining, it was funny, and there were some great heart-to-heart moments between Barry and Oliver, as well as between Barry and Iris (and even between Oliver and Iris). It also seems to set up things that will be important for The Flash going forward (namely Iris worrying that being Oliver will affect Barry even after it’s reversed). I love that I can not have any idea what’s going on in any of the shows right now and still enjoy an episode so much.

The Elsewords crossover event will continue tomorrow with Arrow.