Fugou Keiji 1×2 Review: Love Does Much, Money Does Everything 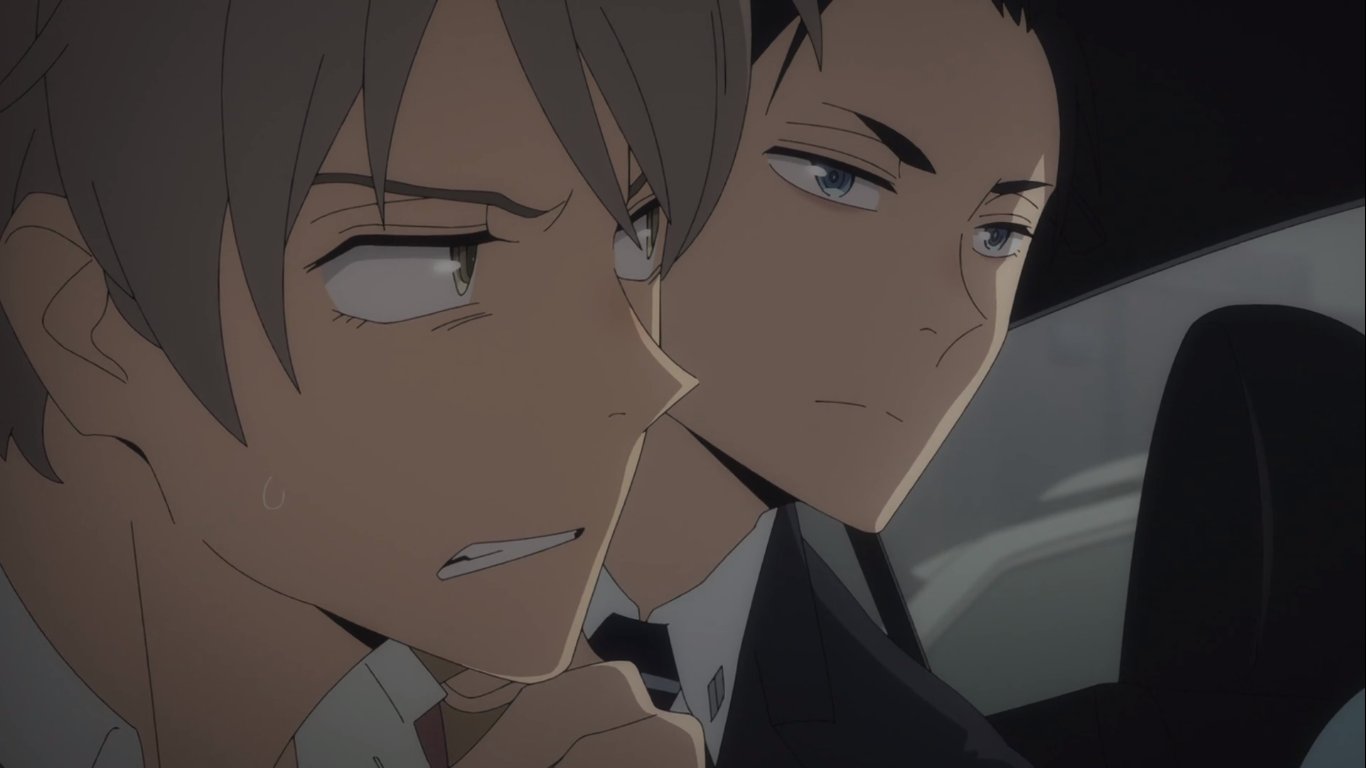 The second episode of Fugou Keiji: Balance Unlimited, ‘Love Does Much, Money Does Everything’, is another trope fest, but with a new badass lady involved.

‘Love Does Much, Money Does Everything’ had many of the same tropes present that the first episode of Fugou Keiji, did, making me once again question whether or not I’m actually watching a BL or not. But no, this is in fact a ‘mystery’ genre show; it’s hard to tell when the enemies-to-lovers trope is pushed so hard at every turn. Generally, I’m fine with this.  As I stated in my initial rec of the series, I’m going into this knowing it will likely remain as subtext and fanon, but I’m enjoying it anyway. 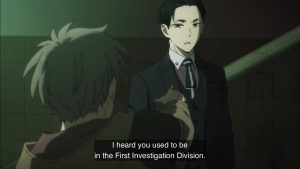 We get a tidbit about Haru’s past with the First Division, which is something I was really hoping they’d expand on.  He apparently had a misfire that injured a target during a mission and now has trouble using a gun.  This meant he was transferred to the Modern Crimes Division and a pretty big loss in prestige.

How exactly it’ll come into play in the larger story I’m not sure, but it’s almost literally a Chekhov’s Gun.  You don’t mention something in the first act unless you plan on bringing it back in the third.  Perhaps he’ll need to fire a gun to save Daisuke (oh boy, my shipper heart is rooting for this one)?  Or perhaps he’ll prove that he doesn’t need a gun at all (this one is probably more realistic)?  Could go either way.  We’ll see I guess.

Whatever happens, this downgrade is still clearly a sore spot for our poor Haru, and it probably stings to have it brought up by Daisuke, his new work partner.  Not only is there an uncomfortable class difference between them, but Daisuke went digging into his history without his permission and is now poking at an incredibly sensitive subject.

I don’t think Daisuke is a completely uncaring jerk in this situation.  Not exactly.  He can come off that way in general with how he throws his money around and acts as though he’s fairly invincible, but I don’t think his intentions with this were to poke at a sore spot and bother his new partner.  I get the weird feeling that he was maybe trying to help somehow, but fell short.  Maybe he just doesn’t socialize with the average person well.  Who knows.  But I’m not going to categorize him as a jerk right now.  Just awkward and a bit detached from the ‘common folk,’ so to speak.  But he has a heart in there somewhere hidden behind that incredibly expensive suit and tie.  And we’ll probably see bits and pieces of that heart start to come out as the season progresses. 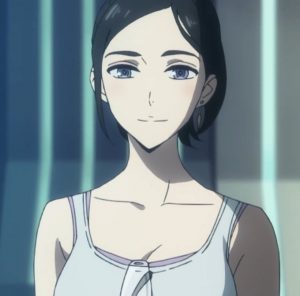 ‘Love Does Much, Money Does Everything’ also introduced Suzue Kambe, which has been a much talked about character before she was even properly introduced.  Many people speculated that she was Daisuke’s fiance and a fairly vicious hate campaign against her got kicked up on social media.  Some shippers saw her as a threat to their ship and the hate began to flow, as it often does.

Like guys, come on.  This is fiction. If you want Daisuke and Haru to be together, go write some fic.  I love me some canon LGBTQ+ content, but that’s not what that show is and we shouldn’t throw hate at a woman character for getting in the way of our ship.  I have a ton of LGBTQ+ anime recs for those that want it.  Sometimes our ships are going to remain in fanon and if you don’t like that, maybe try a different show listed above.

So all that hate happened but then, SURPRISE, she’s actually Daisuke’s relative (presumably his sister).  What a plot twist!  How are the haters feeling now, hm?  Whoops!

But regardless of the hate campaign, there a whole team of anime fans lined up and ready to sing her praises and fight on behalf of Team Suzue.  She’s gorgeous and clever and carries a big gun and we’re all here for that.  She seems really handy with tools, too, which makes my heart sing.  She’s fantastic and I’m ready to cheer for her.

Haru also seems to be on Team Suzue.  So, uh, please don’t hate on her because Haru likes her too, okay?  Again, let’s not be the absolute worst version of shipper over this.  Be better than that.

Stepping outside the actual content of the episode, there’s also a bit of news about the OP of the show.  It’s been revealed that the show OP is performed by SixTONES, and the fans are going nuts on Twitter about it.  The OP definitely slaps and I was totally digging it already, but now the J-Pop fans are confirming that YES this does indeed SLAP.

The band reveal also came with some fairly adorable artwork of Haru and Daisuke. 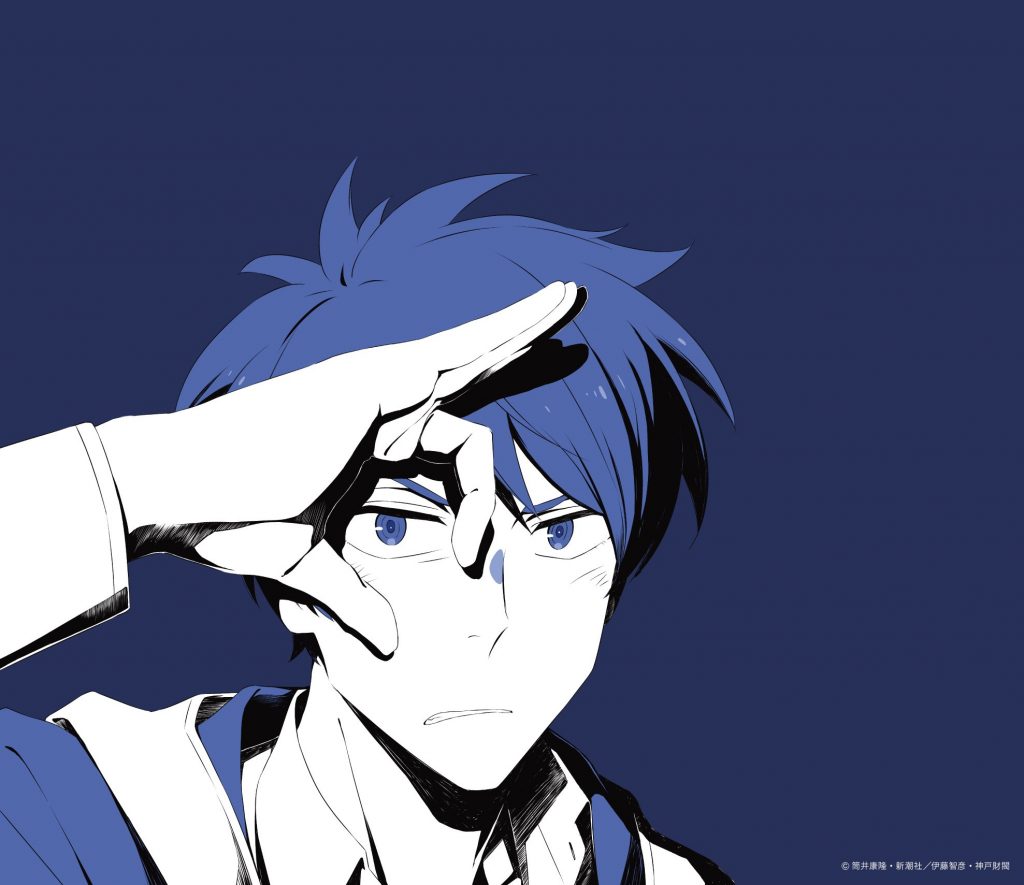 Some shippers, of course, say this looks like a heart.  Your mileage may vary.

The band did it too, which is totally cute. 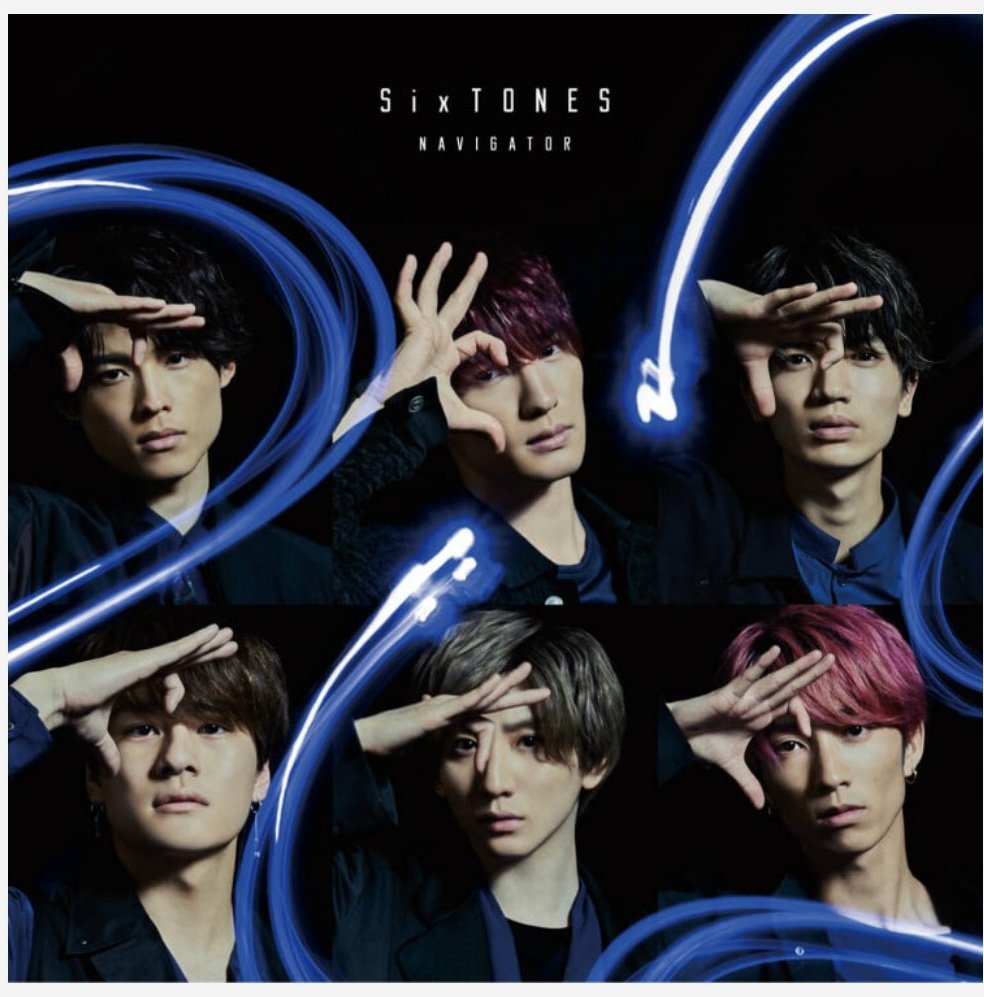 The single for the opening title, which is called ‘Navigator,’ will be released on June 3rd.  I’ll definitely be buying it.  It’s a fantastic piece of music.

Now bouncing back over to the series itself, ‘Love Does Much, Money Does Everything’ ends on a bit of a cliffhanger with a ton of potential for the next episode. There’s a modern crime symposium in Hong Kong and Haru is assigned to attend on their behalf.  Then suddenly we see Haru on a plane with Daisuke out of nowhere, clearly uncomfortable and surprised by the private jet he’s ended up on, and then they take off to the symposium.

There should be ample opportunity for more enemies-to-lovers shenanigans next week.  We might also get some more plot going too.  There’s definitely an ongoing arc buried under all this somewhere, but we’ve been in set up mode for most of the first two episodes.  I can’t wait to learn more!

Previous:Please Watch Anything Other Than Tiger King (One of These Shows Perhaps?)
Next: Future Episodes of Fugou Keiji Postponed Due to Pandemic