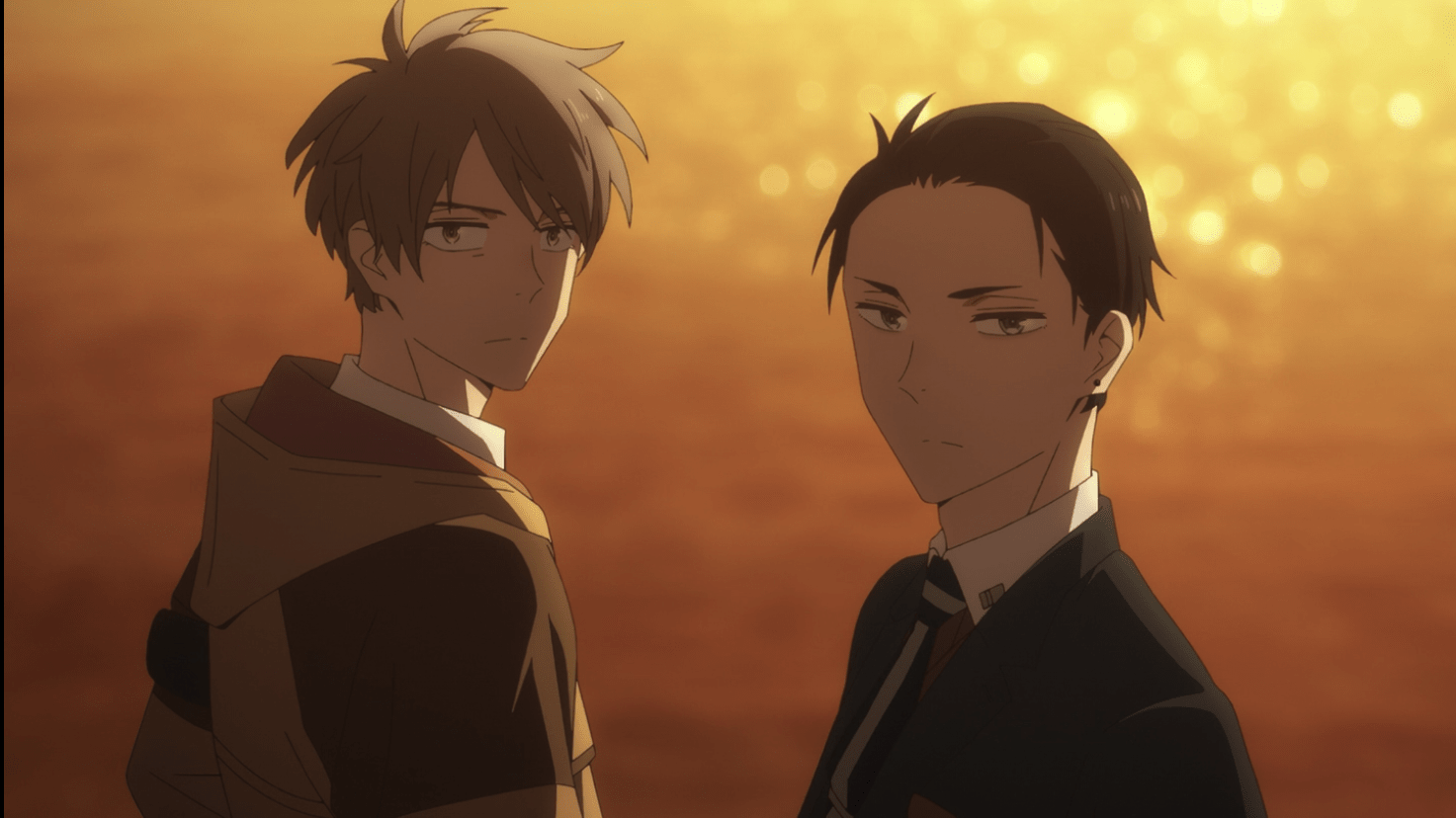 ‘All That Glitters is Not Gold’ gave me everything I could ask for out of a finale.  Except for the promise of a second season.

I’ve gotta admit, I was dreading the Fugou Keiji finale.  It’s not that I didn’t think it’d be good or anything, but rather I didn’t want to say goodbye to a show that has been bringing me so much joy for these past few months.  It first premiered back in April at the start of our current global pandemic, then was put on hold as a result of the issue, and returned right when I really started missing SDCC (also disrupted due to the pandemic).  So for me, ‘All That Glitters is Not Gold’ is incredibly bittersweet. It was a great episode, but I’m feeling a great amount of loss at the same time.

Last week’s episode left us with a very clearly defined direction – Daisuke and Haru are a team now and their mission is to take down Kambe Shigemaru.  But Fugou Keiji has been really good about throwing us curveballs, so it wasn’t quite so straight forward.

No, that wasn’t actually Shigemaru, but rather the Kambe family butler, Jiro Hattori, wearing a Shigemaru mask.  Ridiculous? Maybe.  But this show is a hard crime genre show, so I don’t even question ridiculous plot devices anymore.  I’m just enjoying the ride.  Hattori has been working on behalf of the family matriarch Kambe Kikuko, who we have thus far assumed to be Daisuke’s kind, traditional, loving grandmother.

Surprise! She’s a criminal mastermind and a murderer. 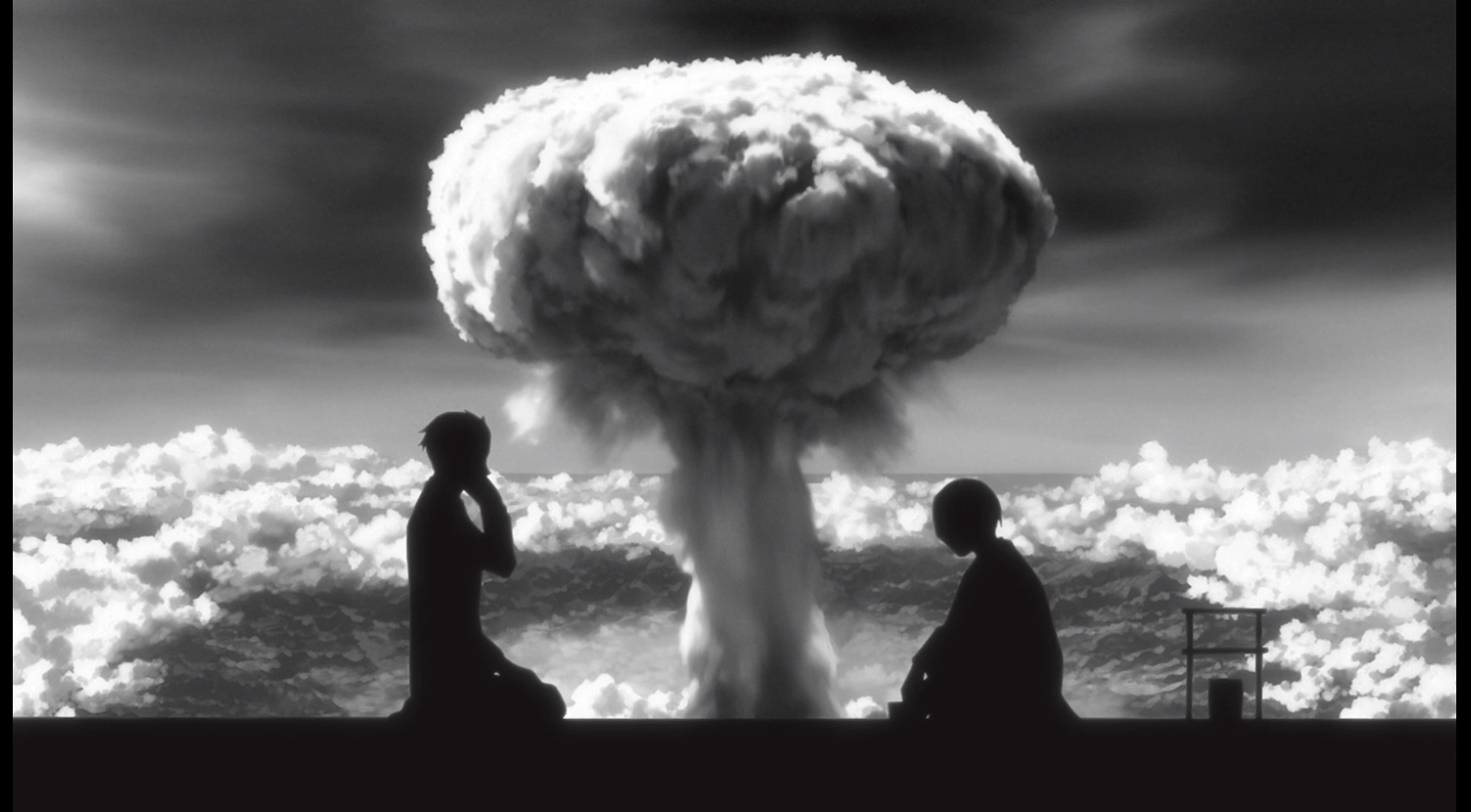 The Kambe family has been hiding adollium from the public for years.  The element is like what plutonium used to be ‘back in the day,’ according to Kikuko.  It can be used as an unlimited energy source, or as a weapon of mass destruction.  By announcing its existence to the public, the world would basically not be the same.  If it falls into the wrong hands, it could lead to an immense amount of destruction.  Keeping it a secret is a heavy responsibility.

Kikuko had Sayuri killed because she was originally going to go public with the information.  Shigemaru was not her murderer and was actually a victim in all of this as well.  Our anger towards this character has been misdirected.  That’ll be a hard feeling to overcome as he’s been painted as the primary antagonist, but it’ll be interesting to rewatch the show with fresh eyes after the reveal.  Which, honestly, a full rewatch from the beginning sounds like a fantastic idea right now.  The finale just aired and I already miss it.

While Daisuke originally wants to release information about adollium to the public, he hesitates in doing so.  His grandmother’s words give him pause and he considers the potential repercussions.  But a very injured Haru takes this choice away from him and leans on the button that sends it out to research institutes around the world.  Instead of being angry about this, Daisuke laughs, seemingly delighted that Haru made the choice for him even if it was by accident.  The deed is done and there’s nothing else that anyone can do about it.

There’s an interesting parallel between Sayuri and Haru.  Kikuko states that she should have separated Haru and Daisuke earlier.  It’s clear that outside partners have influenced Kambes and their decisions in regards to adollium in a way that displeases her.  Sayuri wanted to go public with the information and Haru accidentally made it happen.  The Kambe heirs have been led off tasks by their partners.

And yes, guys, I can’t help but view this moment through shipper goggles.  I would apologize for that, but at this point you know that’s the angle I’m coming from when watching this show.  I proudly preach the Daiharu agenda.  But when the Sayuri-Haru parallel slaps you in the face like that, it’s hard not to sing its praises.

Speaking of the Daiharu agenda, this episode really delivered.  The sunset scene was romantic as hell.  Their partnership is official once more, and they are finally completely on the same page about it.  This leads to the absolutely fantastic post-credit scene that shows them as international crime-stoppers who are tasked with tracking down illegal adollium sales.  They are as badass as ever and I couldn’t be more delighted.

While ‘All That Glitters is Not Gold’ is the end of the season, I don’t believe that it’s the end of the journey.  We don’t have a confirmation of a second season or a movie, but there will be a stage play, which is apparently coming up rather soon.  While this isn’t ideal for an international audience that can’t really get out to see these things live, it’s better than nothing and we won’t have to wait that long for more canon content.

The stage play also confirms that the creators see promise with the fanbase and are willing to produce more content.  We’ve known that our enthusiasm for the show was recognized by the sheer volume of magazine covers that have been produced in such a short time (bless you Spoon 2di), but it’s great to see the creators get more of a chance to tell us more of the story.  I only hope we can get something outside of the stage play as well, but we’ll see.

Additionally, the current story left off with a perfect launch point for tons of lengthy and plotty fanfiction.  I know that’s not everyone’s jam, but it’s certainly mine.  The fandom has produced excellent content so far, so I look forward to seeing the amazing fic writers pick it up and go forward with their fantastic stories.  I know I’m already brain storming and I’m sure others are as well.

I’m terribly sad to say goodbye to Fugou Keiji right now.  It’s been with me through pretty much the entire quarantine period and has given me something to look forward to through all the stress this situation has given me.  But ‘All That Glitters is Not Gold’ was a fantastic way to wrap up the show and if there’s no other anime content for it, I can’t really be upset about it.  It’s rare to get an ending this good and we are truly blessed.  Thank you to everyone who brought this show into being. 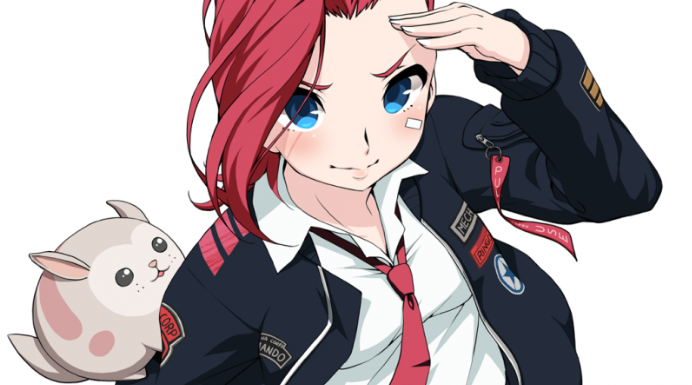