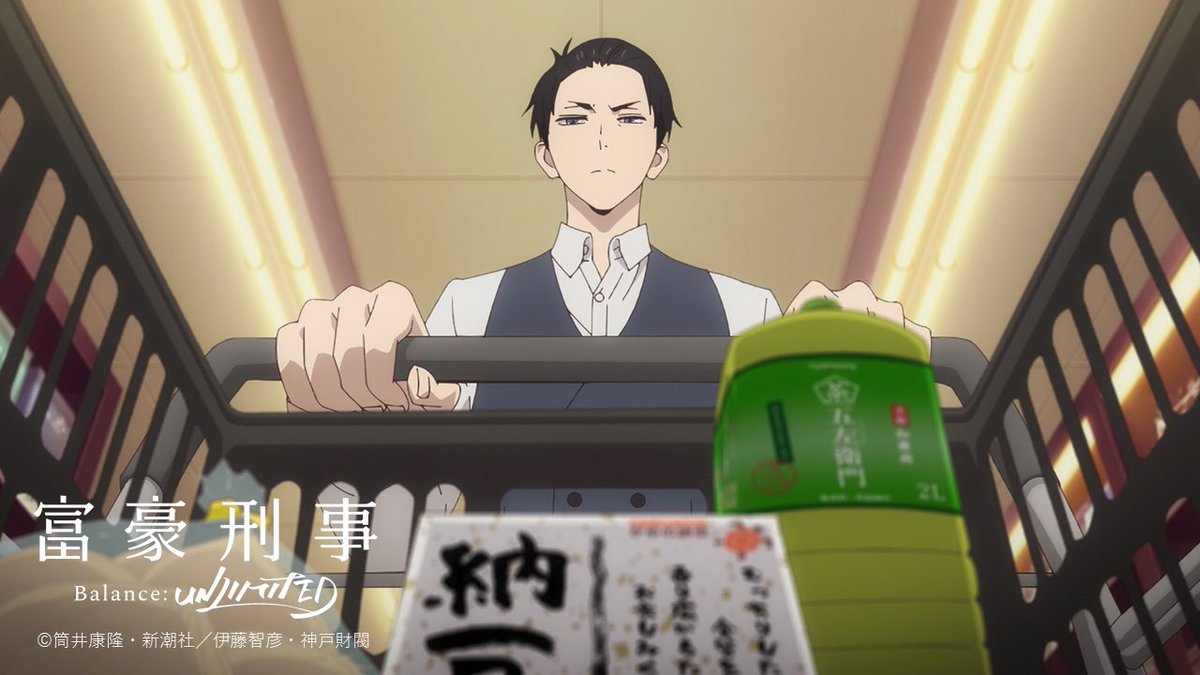 The fourth episode of Fugou Keiji: Balance Unlimited, titled ‘Nothing Makes A Man so Adventurous as an Empty Pocket’, was basically a massively fluffy filler episode. And I LOVED it.

First off, these titles are ridiculous long so I’ll just be referring to it as ‘Nothing Makes A Man’ going forward.  Each episode title seems to be trying to up the previous episode on character count, which makes technical behind the scenes stuff for blogging a pain in the butt.  We started with ‘I Came, I Saw, I Sponsored,’ which was a reasonable length. Then ‘Love Does Much, Money Does Everything,’ which was slightly longer. Then last week we had ‘The Sinews of War Are Infinite Money,’ which began bordering on the absurd. Now we have ‘Nothing Makes A Man so Adventurous as an Empty Pocket,’ which is unmanageable when trying to be both thorough but succinct.

But anyway, enough complaining about long titles! Let’s get down into the meat of the episode.  Because the meat of this episode is pure fluff and ship fodder and as a DaiHaru shipper I’m totally here for it.  I think we could all use some fluff right now, right?

The premise of the episode is that Daisuke leaves home without HEUSC or his wallet, which means he doesn’t have the fancy gadgetry or unlimited bank account that made him the flashy billionaire detective of the past three episodes. Despite this, he begrudgingly agrees to help Haru find a child’s lost puppy.  And then… he goes home with Haru. 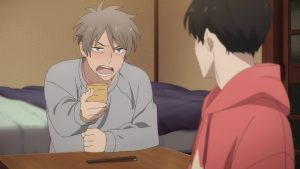 If you haven’t picked up on it by now, my reviews definitely have a shipper leaning.  I would apologize, but when canon is basically giving you an outline for domestic fluff fic, it’s hard to ignore.  We get scenes of them drinking together, eating together, and dressing down to be comfortable with one another.  What a gift!

We were especially blessed with the dressed-down Daisuke, whose hair was in a natural state instead of his usual slicked back style.  And he was in what I assume was Haru’s over-sized sweater, too.  See? How am I supposed to avoid ship talk when they do things like that?  They are blatantly feeding the fangirls and I’m fine with this.  I’m sure there’s some out there who would complain about this style of fanservice, but whatever, man.  I’m grateful for the meal.

At the end of the episode, Daisuke even introduces his family to Haru’s natto rice, which Suzue ends up enjoying immensely.  This highlights just how much of an impact Haru has had on him in an incredibly short period of time.  It’s little moments like that that keep me coming back week after week.  It’s not the flashy action scenes or mysteries, but the character development between two people who were initially antagonistic towards one another.  Even in an episode like this, where the mystery is just a lost dog, I feel incredibly satisfied.

Who know what type of character development we’ll get next week, but I’m pretty excited.  See you then!