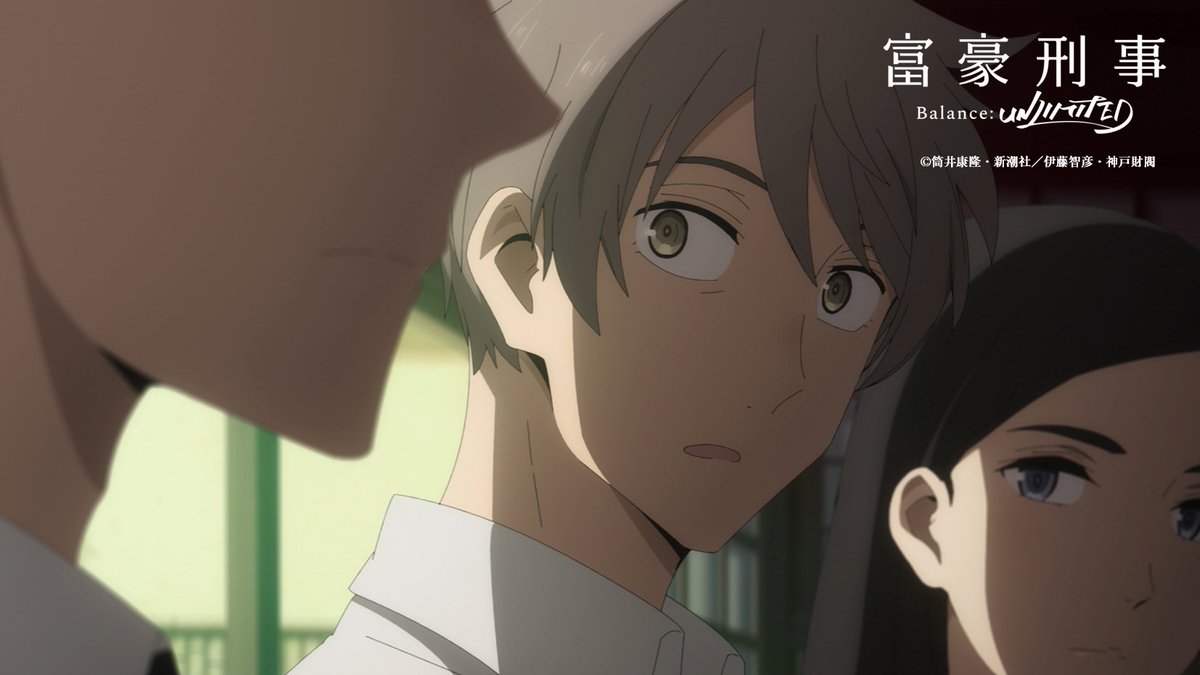 After a long break in production due to the ongoing global pandemic, Fugou Keiji Balance Unlimited is back with its third episode ‘The Sinews of War Are Infinite Money.’

‘The Sinews of War’ seems to skip over whatever happened in Hong Kong, showing both Daisuke and Haru already back in Japan and delivering omiyage to their loved ones.  Honestly, I’m fine with that. Fanfiction has pretty much done the same thing with the Hong Kong plot, focusing primarily on their return home.  Fandom and canon seem to have collectively decided that it was a tangent and we’d rather get back to the main plot. It is kind of weird spending months speculating about what was going to happen in Hong Kong only to not actually get to see any of Hong Kong, but I’m overall pleased with what we got.

In ‘The Sinews of War,’ Haru meets Daisuke’s grandmother, who is incredibly charming and protective of her grandchildren.  But she also has no problem calling Daisuke out on his flaws and nudging him towards a better path.  Upon hearing that Haru is Daisuke’s senpai, she asks him to take care of him and coach him well.  And, surprisingly, Daisuke doesn’t show any attitude towards that suggestion, actually showing Haru respect and appreciation right away.

If you expect me to skip over the incredibly shippy undertones to that whole scene, you don’t know me very well.  Yes, sure, this could absolutely just be a professional thing, especially in the context of Japanese work environments and customs, but I am absolutely going to slap shipper goggles on my face for moments like this and feel zero shame about it.  Long live DaiHaru.  I will go down with this ship.

Before we get into the real meat of the episode that plays out after this opening scene, we get the title sequence.  This sequence is once again, ever so slightly different than the previous episodes title sequences.  I foresee discussion about which color scheme worked best for the opening, and, so far, I love them all pretty equally.  But, while the opening title sequence seems to shift color schemes every week, the closing keeps the same pink/turquoise combination that I’ve grown so fond of over the pandemic induced hiatus.  And yes, this means I have watched both of these clips on YouTube dozens of times over the past month.  This show truly has fantastic music and opening/closing sequences attached to it.  We are blessed.

But let’s not lose ourselves completely to analyzing the minutiae of Fugou Keiji’s overall production.  We should remember that this episode had a plot.  Despite the fact that the premise of the plot is very basic – bad guy takes a train hostage and threatens to shoot people – it was used incredibly well to highlight aspects of both Haru and Daisuke’s character that we didn’t get from the two episodes we were given back in the spring.  It was basically a deep dive into character development that used a basic premise as a vehicle for delivery.  As someone who enjoys characters over plot in general, this worked very well for me. 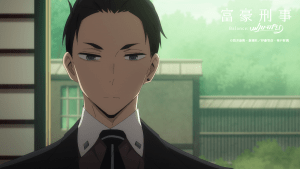 First off, we finally get to see a bit of Daisuke’s softer side.  We know the flashy exterior already and have generally realized that flaunting his wealth and throwing around his privilege is a core aspect of his character, but introducing his grandmother brought more to the surface.  He seemed to genuinely defer to Haru’s experience and trust his judgment on the situation, which we haven’t really seen before.

Yes, he still put the pedal to the metal, likely experiencing some joy at watching Haru slam back hard against the seat, and he seemed pretty annoyed that Haru lacked grace when repelling to the rooftop.  But Daisuke showed that genuinely cares about other people.  He’s more than his expensive suits, cars, and gadgets.

The fact that an incredibly wealthy person would go into detective work in the first place was our first clue that our boy had some empathy buried deep under that flashy cold exterior, but now we get to see it on display.  His grandmother’s words were a trigger for this and he seemed to take her words to heart.  He didn’t drop his efforts to be polite and show respect once he left his grandmother’s presence.  He truly changed and made an effort to show respect.

Then we have Haru, who has had this mysterious incident involving a firearm hanging over his head since the beginning of the show.  We actually get to see the incident play out via flashback in great detail.  Haru was given permission to use his weapon during a hostage situation, eventually shooting two people involved in the incident.  The situation clearly left behind some PTSD and led to the loss of his prestigious job in the First Division.

So far, Haru’s feelings about what happened seemed to manifest in vague references to an incident and uncomfortable interactions with the First Division.  But in ‘The Sinews of War’ we see his PTSD play out as repeating flashbacks and shaking hands as he holds a firearm while confronting a situation similar to what scarred him in the first place.  The shooting left lasting damage on his psyche and he hasn’t recovered.

These two threads of character development come together when Daisuke hands Haru a gun in the middle of their current hostage situation, coaxing Haru into confronting a trigger while also showing that he absolutely trusts him.  We leave the episode knowing that Daisuke has a heart, Haru can tackle his fears, and this partnership might actually end up working out in the long run.

Can we say OTP?  My heart. It is filled with shippy joy.  Oh my GOD.

We should get episodes weekly going forward.  They’ve figured out a way to safely continue production despite the pandemic still raging on around the world and I’m incredibly thankful for that.  They’re even rolling out new promotional materials for the show.  Both Newtype and Spoon 2Di have Fugou Keiji covers coming up.  And uh, they are pretty shippy.  Especially the Spoon 2Di cover. 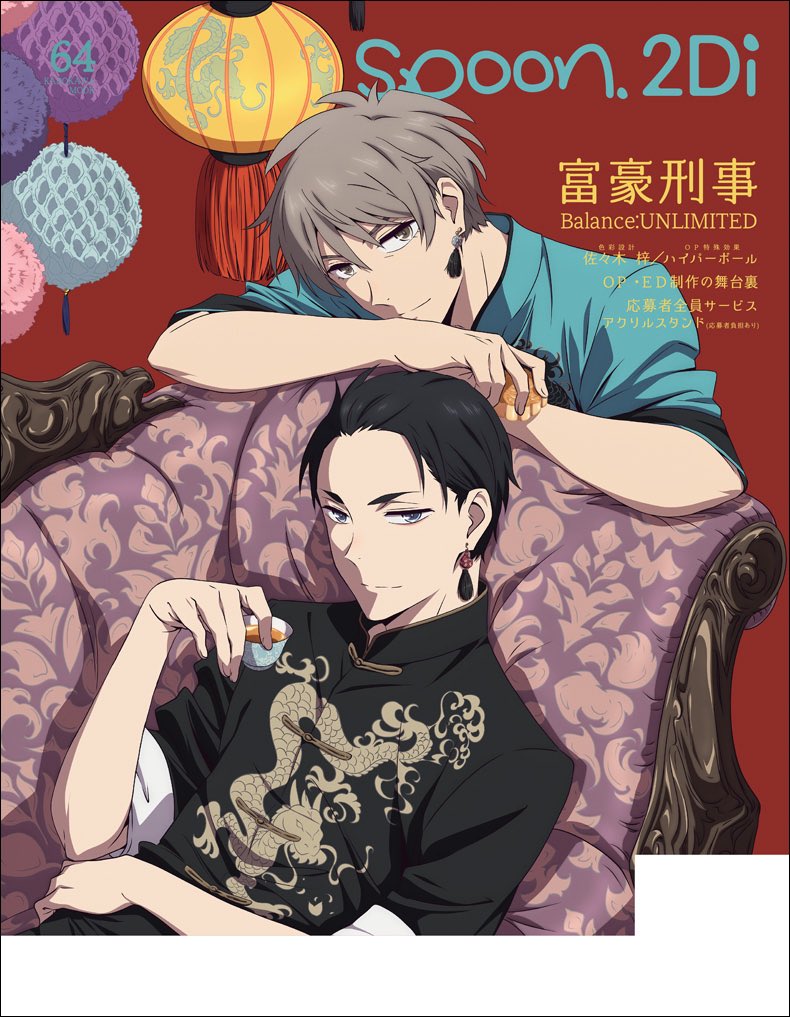 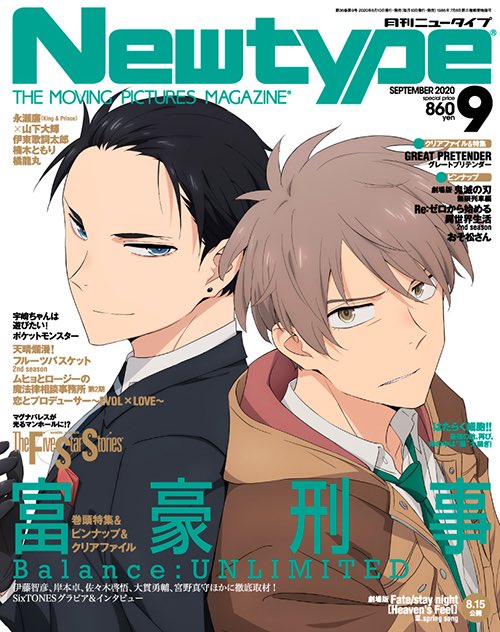 Of course, anything is possible and it could get delayed again. Heck, we all thought we were going to get episode 3 before the hiatus and that didn’t happen.  So let’s all send our collective prayers up to the Anime Gods, hope our cast and crew remain safe, happy, and healthy, and that we can get the rest of the season uninterrupted by Ms Rona.  Prayer circle for Fugou Keiji!