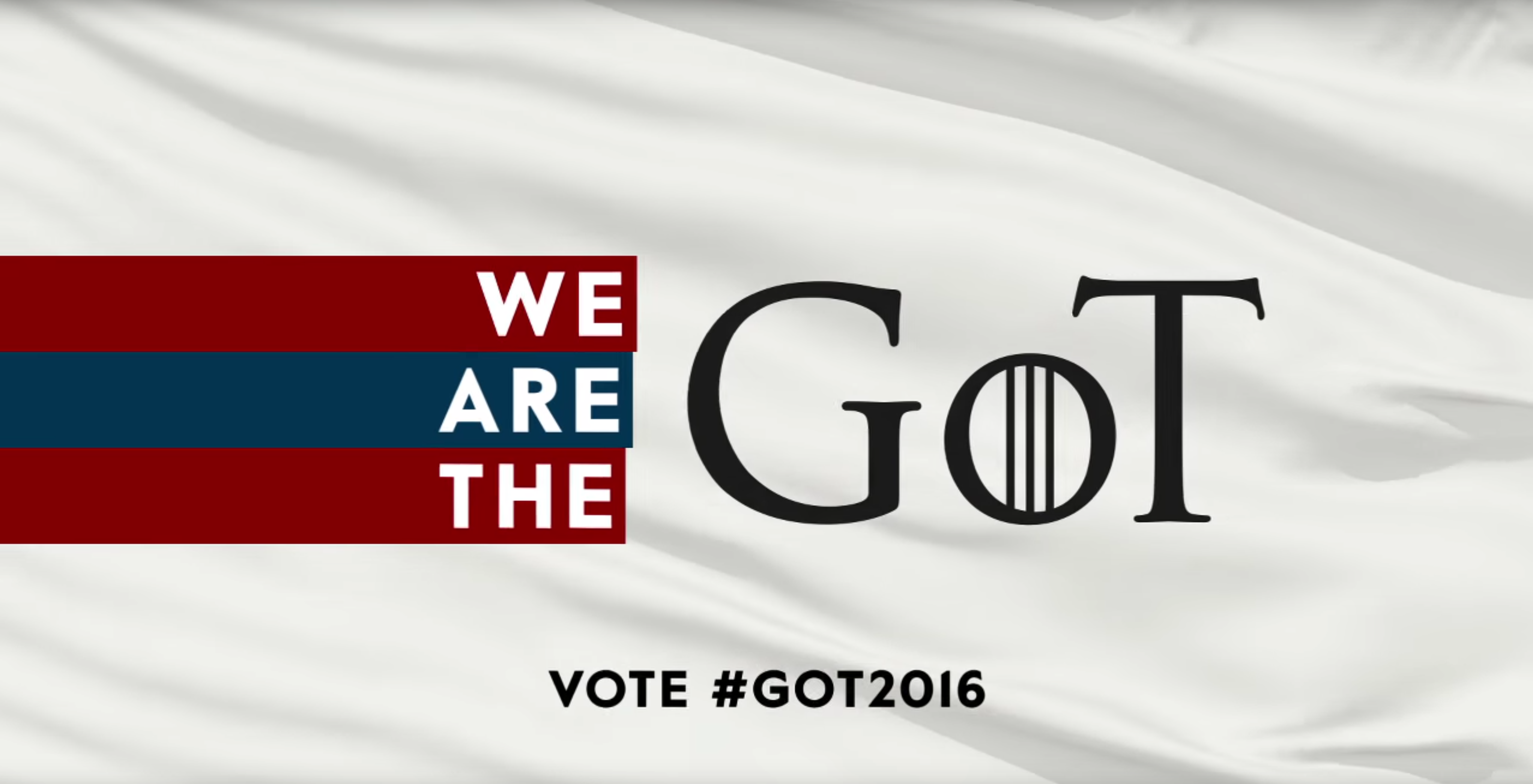 HBO is revving up to release Game of Thrones Season 6 on digital platforms, so between that campaign and a recent Maisie Williams interview, fans are flush with Game of Thrones news! 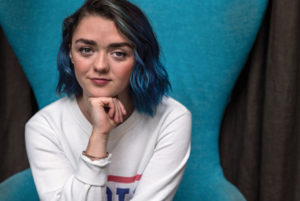 Maisie Williams was interviewed by Deadline at BAFTA’s London headquarters, and while she didn’t reveal much, I find it interesting that she’s suddenly sporting some blue hair. Personal choice? Something she did for another role? Or does Arya perhaps dye her hair in the Tyroshi manner in an attempt to disguise herself now that she’s back in Westeros? (Okay okay it’s probably not that; GoT won’t even start filming until this coming winter. Ha, see what I did there?) Despite the Deadline article being labeled Game of Thrones news, there isn’t much talk about GoT in the interview.

Although it’s Game of Thrones that got her nominated for an Emmy in the “Outstanding Supporting Actress in a Drama Series” category, lately Maisie has been cast in some interesting films, including Carol Morley’s The Falling and Niall Heely’s Gold. In her Deadline interview, Maisie thanked GoT casting director Nina Gold for seeing how she would develop throughout her teenage years. Maisie said, “It worked out so amazingly. For nature to take its course, and for that to really work out well, is just what made the show what it is.”

Sadly, Arya Stark is not one of the characters featured in HBO’s new “election” video campaign, although to be honest I can’t say I’m all that happy with some of their picks. We’ve been running a mock election campaign at Ice & Fire Con since 2013, with our “winners” including Hodor, Stannis, Strong Belwas, and the High Sparrow. Granted, Belwas was never in the show, and the other three characters are all dead…but I simply can’t get behind the fact that HBO has Sansa Stark running with Littlefinger.

Thankfully, the other pairings make a bit more sense – Daenerys & Tyrion, Jon Snow & Lyanna Mormont (though why oh why isn’t Sansa Jon’s running mate?), Cersei & Qyburn. And I mean, what better timing for a Game of Thrones “election” campaign than smack in the middle of the U.S. Presidential campaign? I would say “at least it’s more amusing” but I’m not entirely sure that’s the case. But check out the videos and decide for yourselves!

Personally, while not a huge fan of Daenerys or Tyrion on the whole, I’m definitely partial to their ad, especially as it is “Approved by Westerosis for the Ethical Treatment of Dragons”. That said, I’m a little bit confused as to how Cersei’s ad could be “Provided by the Lannister Family Coffers” when in season 4’s fifth episode, “First of His Name“, Tywin admitted to Cersei that the last Lannister gold mine “ran dry three years ago” and that they were in debt to the Iron Bank (at the very least).

Regardless, at the moment Baelish/Stark is winning the campaign, with Daenerys/Tyrion and Jon/Lyanna Mormont tied for second and Cersei in dead last. As in, she’s really, really far behind. In the end, though, the only thing that matters is what Benioff and Weiss know regarding the end of the A Song of Ice & Fire book series…and whether or not they’ll even follow along with that ending, at all.