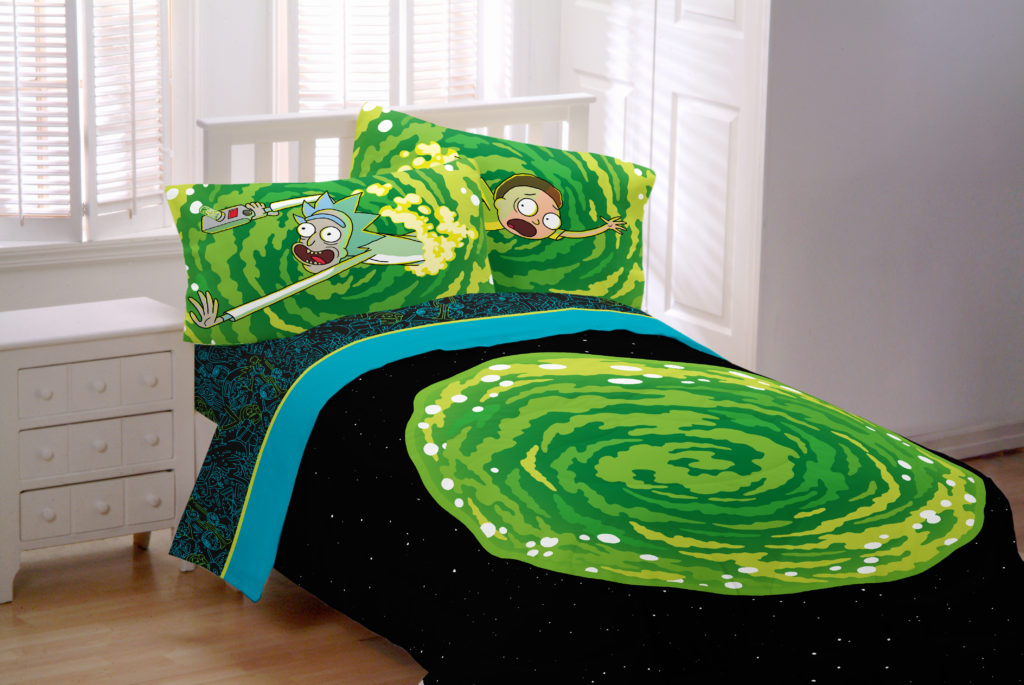 Welcome to today’s Geekiary News Briefs! We’ll be going over Drag-icon RuPaul’s opinions about what it means to be a Drag Queen, some awesome new Rick and Morty home decor, Charlize Theron queering it up in Tully, new Barbie “Role Models” dolls, Black Panther killing it at the box office, and more!

I’m going to start with RuPaul because there’s a lot to untuck. And it’s always good to first take care of the unfortunate events before moving on to the awesome stuff. So, RuPaul continued his streak of being problematic toward the trans community in a recent profile in The Guardian. Not only did he make hurtful comments in the said piece, he also doubled down on Twitter.

You can take performance enhancing drugs and still be an athlete, just not in the Olympics. pic.twitter.com/HkJjzXzUGm

Of course, he issued an apology (sort of) but people (including a number of former Drag Race contestants) didn’t stop dragging the media personality online.

Her show, her rules. But shit. How you gonna openly discriminate in your own community. Everybody say love? You’re all born naked and the rest is drag (and injectables and fillers as long as you can still pass as a guy in your boy interviews while on drag race)?

I feel conflicted about this entire ordeal. On one hand, I’m like “Not RuPaul!” and on the other, I hope the icon is able to learn something from this experience.

With all of that out of the way, let’s move on to some happy news!

Cartoon Network Enterprises has announced the expansion of its licensing program for Rick and Morty, a popular Adult Swim animated series. So, get ready for some awesome new Rick and Morty home décor products, accessories, and more! The items will be displayed at The International Home + Housewares Show, which is the largest housewares-only fair in the world.

“Rick and Morty fans want these characters in their everyday life; and we are thrilled to welcome these new partners to our brand portfolio as we keep up with consumer demand,” said Pete Yoder, vice president, Cartoon Network Enterprises for North America.

Check out the gallery showing Ricky and Morty home decor and other products!

A new trailer for Tully has been released!

A new comedy from Academy Award®-nominated director Jason Reitman (“Up in the Air”) and Academy Award®-winning screenwriter Diablo Cody (“Juno”). Marlo (Academy Award® winner Charlize Theron), a mother of three including a newborn, is gifted a night nanny by her brother (Mark Duplass). Hesitant to the extravagance at first, Marlo comes to form a unique bond with the thoughtful, surprising, and sometimes challenging young nanny named Tully (Mackenzie Davis).

Focus Features will release Tully in theaters on April 20, 2018. So, mark your calendars!

Talking about queer things, actor Lee Pace came out of his glass closet. More power to him.

As a member of the queer community, I understand the importance of living openly, being counted, and happily owning who I am. That’s how I’ve always lived my life…

Barbie is introducing a new line of “Role Models” dolls based on prominent women. The list includes Frida Kahlo, Patty Jenkins, Bindi Irwin, and more. Now, just make me a Halle Berry one too, Barbie!

There’s no stopping the force that is Black Panther. The film has moved past Beauty and the Beast to become the 9th highest all-time US box office grosser. The current worldwide box office stands at $909.8 million. It just goes to show that despite Hollywood’s belief films starring black talent can make a lot of money. They just need to be done right.

If you need a dose of psychological thrill, The Orchard will be releasing Tilt (to own or rent) on Tuesday, March 13. It stars Joseph Cross (Running with Scissors, Big Little Lies).

Something is off about Joe. He’s not excited about the baby. He watches Joanne as she sleeps. Late at night, he roams the streets of Los Angeles courting danger. As Joseph struggles to maintain his domestic life, his mask begins to slip.

The Walking Dead has dropped to its lowest ratings since Season 1. Of course, we’ll talk about it in our next The Bitching Dead episode!

What do you think of the RuPaul issue? Are you excited for the new Rick and Morty Home Decor? How many times have you watched Black Panther? Let us know.