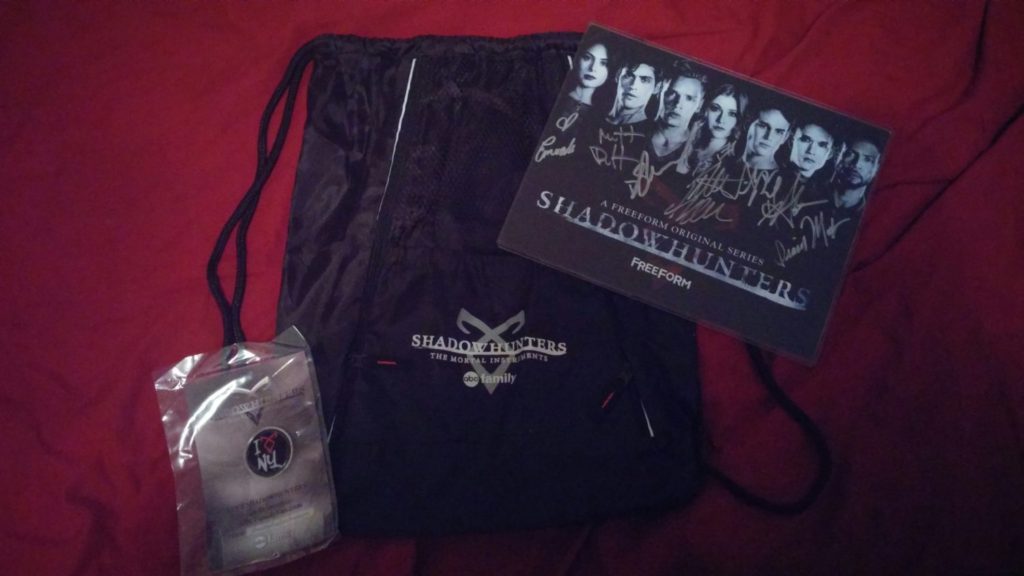 It’s finally here, what I’ve been promising for weeks: the Shadowhunters NYCC giveaway!

Last weekend I attended New York Comic Con and I found myself in a bit of a predicament. I had won tickets to two separate private autograph signings at the same time! What to do? The answer, of course, was let Twitter decide for me. By overwhelming majority, Shadowhunters won the poll, and so at 4:30 last Saturday I found myself in front of the cast of Shadowhunters getting a signed photo, which you now have the chance to win! 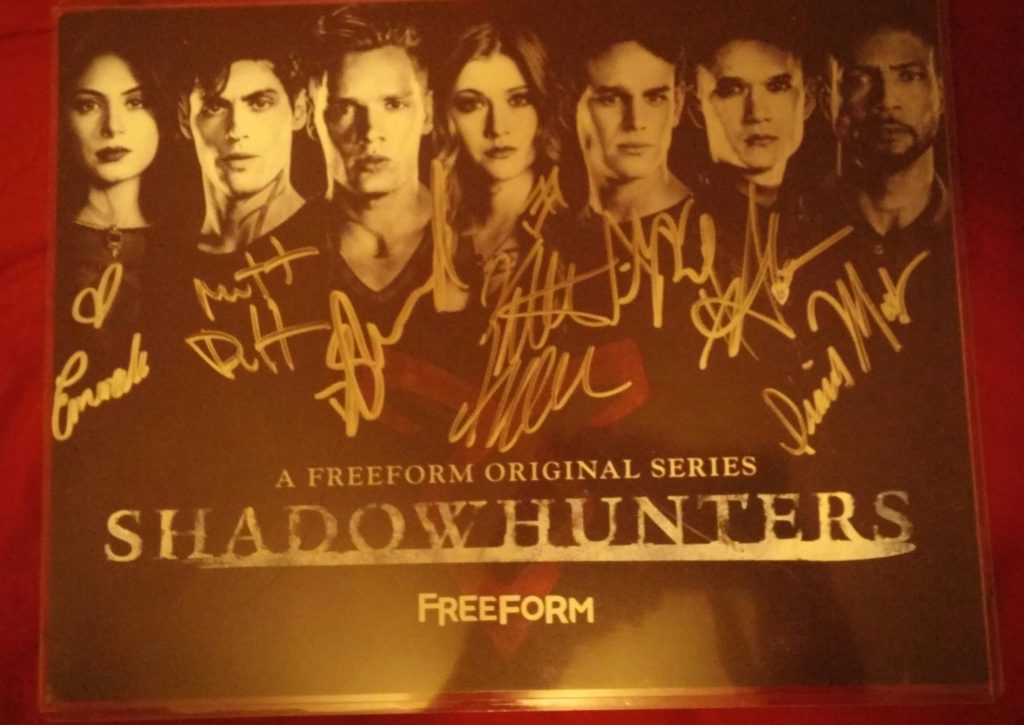 The above photo is 8″x10″ and in a clear plastic sleeve (though the corners got a bit dinged from being in my bag before I bought the sleeve). It’s signed by all the pictured cast: Emeraude Toubia, Matthew Daddario, Dominic Sherwood, Katherine McNamara, Alberto Rosende, Harry Shum, and Isaiah Mustafa. 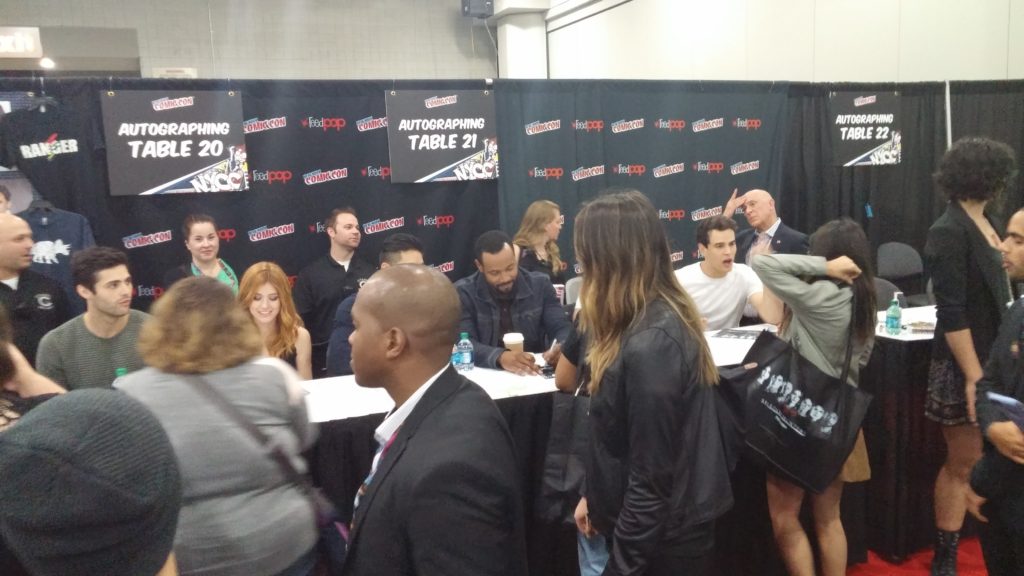 Here is my totally awesome not at all terrible photo of the cast signing.

But that’s not all. I wasn’t able to attend this year’s panel, but I was at last year’s panel, and I still have some of the swag from that lying around. So you will be entering to win a prize consisting of not only the signed photo, but also a vinyl Shadowhunters drawstring backpack and an I <3 NY magnet! 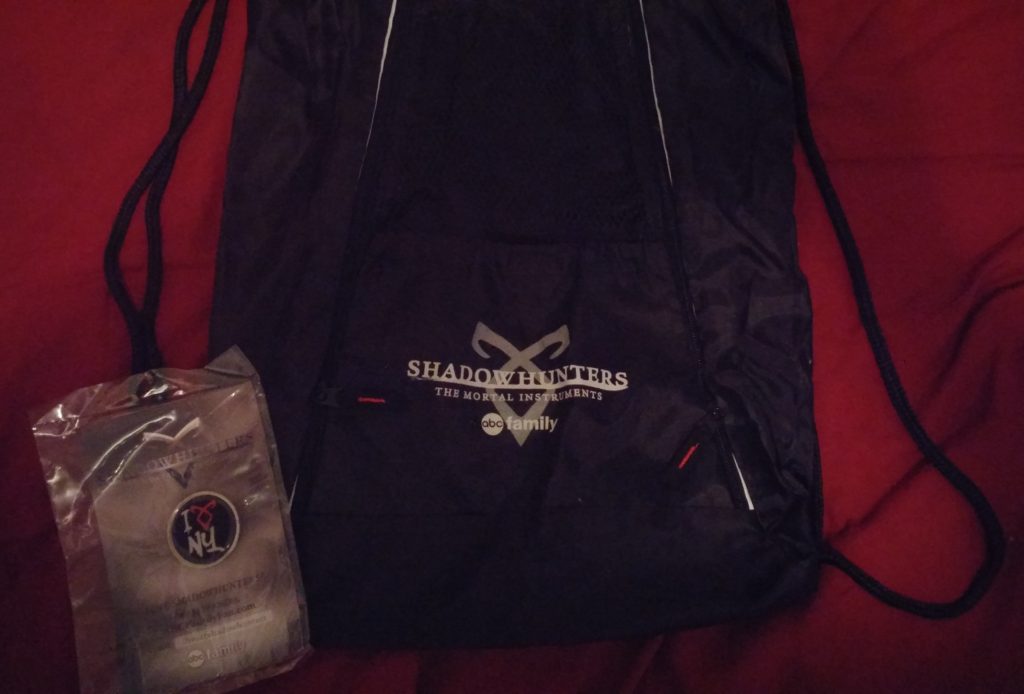