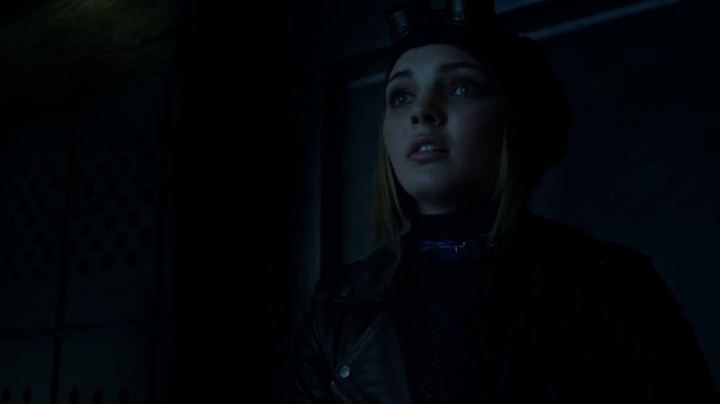 This week’s episode of Gotham saw the end of a powerful villain but showed a lot more of them ready to rise and take his place. After the events that transpired in ‘Unleashed’, I can’t wait to see what the finale has in store for us.

Theo Galavan is back and operating as Azrael. He has no memory of his past life and as far as he’s concerned, after being brainwashed by Dr. Hugo Strange, he’s an immortal assassin. When Theo was first introduced I expected a lot of great things from him. However, after his death I forgot about him and even his resurrection didn’t do much to pique my interest. With the way the plot has progressed through the second season, Theo’s character seems to have outlived his welcome.

The good thing is that the writers seemed to have realized that, too, and thankfully didn’t drag out the Azrael storyline. By the end of the ‘Unleashed’, Azrael was blown into smithereens with a rocket launcher (courtesy of Penguin and Butch). It was also one of the best scenes Gotham has ever offered to fans.

With Theo gone I wonder what will become of his sister. Will Tabitha try to bring the Order of St. Dumas back to Gotham? Can that plotline please end already? After the St. Dumas arc, she hasn’t had much to do. I wouldn’t be surprised if she packs her bags and decides to leave the city before the end of this season. There is a possibility that she might stay with Butch, but that’s seems very unlikely considering she killed Penguin’s mother.

While Azrael kept Baby Bruce, Gordon, and Alfred busy, it was Kitty Selina who stole ‘Unleashed’. The moment she decided to break into Arkham Asylum I knew it was a bad idea, but it was still fun seeing her use her skills to get the job done. She also shared a nice little comedic moment with Nygma inside the air duct system of the facility. Though she wanted to help Baby Bruce collect evidence against Dr. Strange, she also wanted to help her friend Bridget.

She did get to see her old friend, but it wasn’t necessarily a friendly meeting. It is clear that Dr. Strange has brainwashed a whole team of super villains-to-be and it isn’t going to end well for anyone. I know that Kitty Selina is still alive, but I’m worried about what Dr. Strange might do to her. There’s a chance he’ll enter her head and make her betray Baby Bruce. The two kids didn’t necessarily part ways on the best of terms and Dr. Strange might use that to his advantage.

What did you think of Gotham this week? Did you enjoy ‘Unleashed’? When will Killer Croc get to participate in a fight? What is Barbara up to? Let us know!