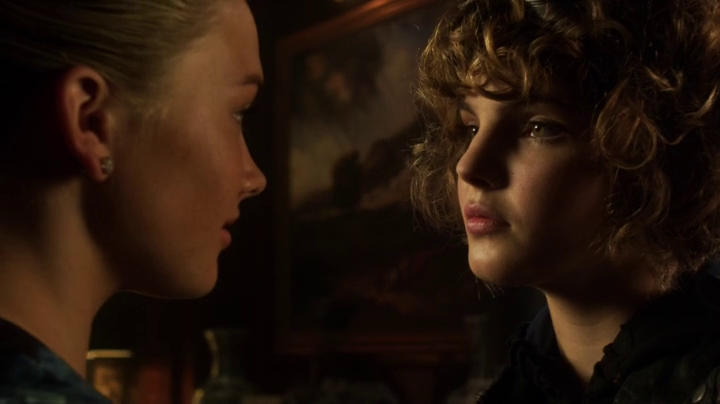 This week’s episode of Gotham seemed to move the plot at breakneck speed, and I don’t think it worked well. Everything was dealt with quickly during “Mommy’s Little Monster” and didn’t leave the lasting impact I think it should’ve.

I knew Oswald Cobblepot (Robin Lord Taylor) was in trouble the moment Butch told him about his mother’s whereabouts. It was obvious Butch had changed sides. I never trusted the character from the start. I know that Penguin is one of the villains, but seeing Tabitha Galavan kill his mother in front of him was bit too much. Couldn’t they have just left her in the cell? Why kill her and not make sure Penguin didn’t escape the ambush? Now Penguin is out for blood, and I know he won’t rest until he kills Theo with his bare hands.

Like I said, the episode sped through a lot of things. Another member of the GCPD Strike Force got killed and, just like the last one, it didn’t elicit any emotion. The writers really need to work on developing the members of the Strike Force if they want the audience to feel for them. Right now they are fodder that James Gordon (Ben McKenzie) is leading, all in competition to see who dies in the most gruesome manner.

I also can’t understand why Gordon’s still leader of a force where members are dying almost every week under his command. When will we see Gordon leading them to some sort of victory? Perhaps never and all the strike force members are destined to fall one by one?

Gordon found out about Theo’s manipulations and now that the two are enemies, it would be fun to see how things move forward from here on. Gordon isn’t as smart as Theo, or powerful, but still we know Gordon has to win in the end. I just hope the way he takes down Theo makes sense and isn’t rushed for the sake of ending plotline. There is also a chance that Gordon will team up with Penguin to end his run as mayor. 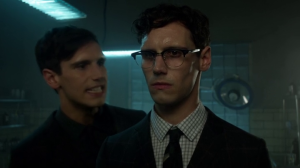 The Edward Nygma sub-plot continued this week and it was interesting to see Nygma’s two personalities trying to take control. With how action-packed the episode was, I was afraid Nygma would hurt Leslie when she walked into the morgue where he had put Kringle’s body. Before the end of the episode, Nygma’s two personalities merged and I’m looking forward to seeing the new (and improved?) Nygma.

The best part of the episode was definitely the Bruce/Selina/Silver scenes. Silver didn’t waste any time threatening Selina. She even went ahead and said that no one would care if gutter trash like her would disappear one day. I was expecting Selina to deliver a head-butt and put the brat in her place. However, in a move that I don’t see in a lot of TV shows, Selina called Silver out on her two-faced ways right in front of Bruce. Yes, Silver fake cried and walked away, but it was far better than seeing their rivalry be hidden from Bruce for who knows how many episodes.

The battle lines were drawn this week and only Selina can save Bruce from Silver, who is oblivious to her evil intentions. She also kissed Bruce while Selina watched from another building. I hated seeing the two kiss, but I was glad Selina was still keeping an eye on Bruce even though he was rude to her for making Silver cry. Selina is from the streets, and a few rude words from Bruce and even a slap from Alfred isn’t going to stop her from rescuing her friend and future love interest. So, you better watch out Silver!

Previous:Sandra Bullock to Star in All-Female Ocean’s Eleven Reboot!
Next: BBC Gives “His Dark Materials” a Second Chance at a First Impression