Happily Ever After, a Review of “Myth & Magic: Queer Fairy Tales” 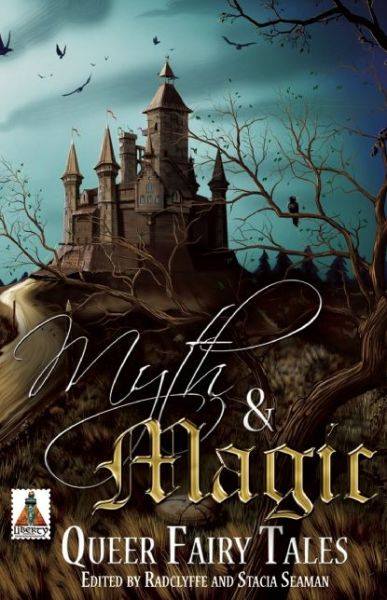 “Happily ever after” has always been a bit of a misnomer. After all, it isn’t possible that everyone can live happily ever after. And those happily ever afters were always a bit restrictive anyway, implying that only a certain type of people were allowed to have one. In Myth & Magic: Queer Fairy Tales, editors Radclyffe and Stacia Seaman have assembled a collection of well-known tales presented with a queer twist, proving that anyone – regardless of sexual orientation – deserves a happily ever after.

In addition to queer characters (and therefore, queer romances), many of these stories toss other traditional fairy-tale tropes on their heads. A kingdom where people are allowed to marry whomever they choose? A retelling of Snow White and the Seven Dwarves that doesn’t have any dwarves in it? A Red Riding Hood who hunts werewolves? A wicked stepmother who isn’t actually wicked? A gay king forced into a heterosexual marriage who doesn’t want that for his son? There are plenty of delightful surprises in store for you when you pick up Myth & Magic.

My personal favorites from this collection were “Red” by Andi Marquette (Little Red Riding Hood), “The Ivy and the Rose” by Juliann Rich (Sleeping Beauty), “Sneewittchen” by EJ Gahagan (Snow White), and “The Snow King” by Rhidian Brenig Jones (The Snow Queen).