“Socrates” Film Review: A Bleak Queer Film That Still Has a Sense of Hope 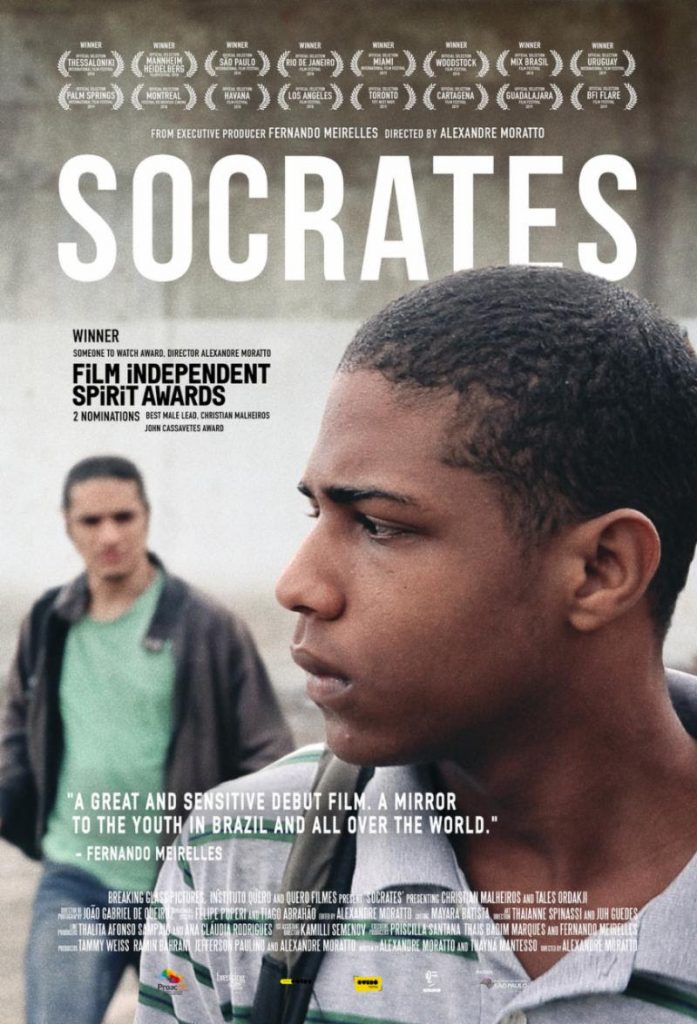 Even though Socrates isn’t one of those happy queer films, it is an important movie to watch because of its narrative as well as the team involved in this project. From Breaking Glass Pictures, Socrates will have a limited theatrical run on August 9, 2019. It will be available on DVD and VOD on August 20, 2019. Do consider supporting it.

I was provided a free online screener of Socrates for review. The opinions are my own.

Socrates has already garnered a lot of award-winning attention. It is Brazillian-American filmmaker Alexandre Moratto’s feature film. I was quite impressed with how much the team was able to do during the short running time (this movie is only a little more than an hour).

The story is about Socrates, played brilliantly by young actor Christian Malheiros. The movie follows him, a poor 15-year-old, trying to survive after the sudden death of his mother in Sao Paolo.

Take note, this is the first feature produced by the Querô Institute in Brazil, where it was co-written, produced, and acted by at-risk teenagers (16 to 20-year-olds) from local low-income communities, with the support of UNICEF. Don’t confuse the offering with just another student project, though, because the level of filmmaking being used here is amazing – intentionally primitive and intimate.

From the opening shot of Socrates trying to wake up his dead mother, you can tell this is going to be a bleak story. However, even then, there is still a sense of hope and a lot of compassion in there. Even though Socrates goes through a lot, you know he’ll manage to survive… somehow.

After his mother’s sudden death, Socrates, a 15-year-old living on the margins of São Paulo’s coast, must survive on his own. As he faces isolation because of his sexuality, his search for a decent worthy life reaches a breaking point.

Do watch the trailer!

Socrates is a complicated character. There’s a lot of homophobia he has to handle and with his supportive mother gone, going back to his homophobic father isn’t an option for him. Throughout the running time, we get to see the young gay man doing anything possible (even keeping the death of his mother a secret) to not be sent back to his father or put in an orphanage.

During a temporary job at a junkyard, he meets Maicon (Tales Ordakji). Their first encounter isn’t friendly, but they soon begin a romantic relationship. It’s clear their bond isn’t a healthy one, but it still makes sense for Socrates to pursue it considering the events in his life. The chemistry between the talented actors is definitely there and it makes seeing their relationship progress in an unfortunate (but realistic) manner a more emotional ordeal.

With limited use of a soundtrack, it falls on the hand-held camera to convey a lot of feelings. As far as my opinion goes, Socrates serves as an example of how high-quality storytelling can be achieved on a very limited budget. Considering all of the young talent involved in the making of this project, I hope they all find more success.

While I’m all for more light-hearted queer content, I do feel Socrates (even with a bleaker tone) is an important addition to the queer film catalog that’s worth watching.

Previous:Award-winning Fantasy RPG “Decay of Logos” Gets August Release Date and New Trailer!
Next: Lab Zero’s “Indivisible” Launching This October! You All Better Play It!