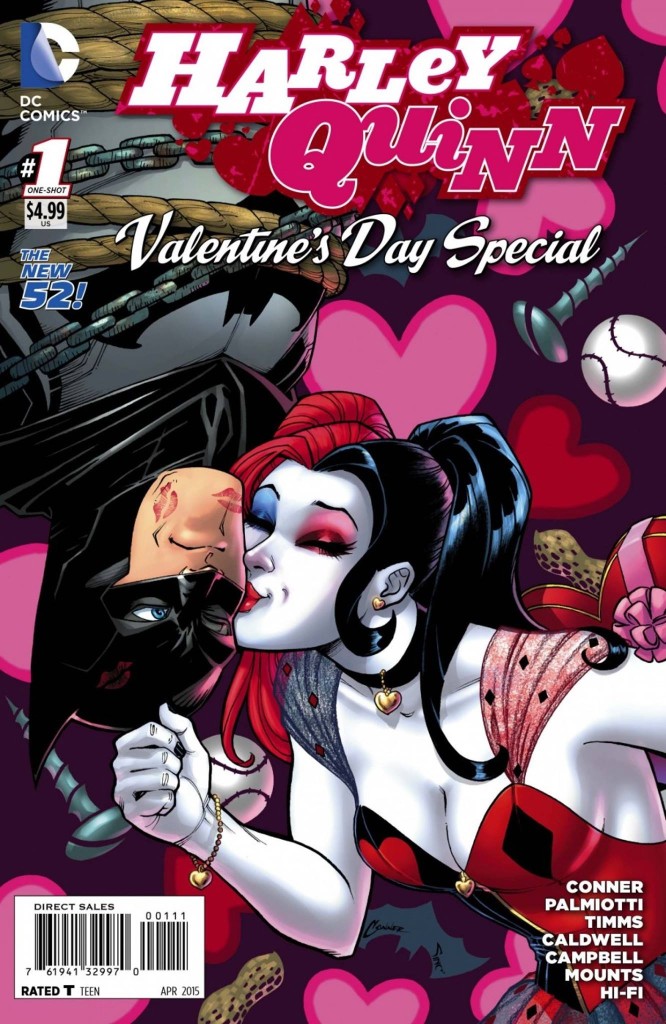 I must confess that I have never read a Harley Quinn comic book. I’m not even all that familiar with her character beyond Batman: The Animated Series. I happened to see the title come across my twitter timeline the day the comic was released and hinted to my brother that he should pick it up. I was not at all disappointed. Harley is quirky, fun, and yes, not completely sane.

Harley’s entire motivation in this issue was to win a date with Bruce Wayne. He was auctioning off a date with himself for a charity function for dogs and cats. Harley’s idea to get the money was to take it from a crooked Wall Street type. Hilariously, the man she chooses to rob is named Barney Runoff (Bernie Madoff anyone?). It was cathartic to see some comeuppance in comic book form for that guy!

Harley wins the auction, and Bruce Wayne is quite obviously suspicious. But her motivation truly was a date with him. In normal fashion, Wayne is kidnapped for ransom by some overzealous people with good intentions and Harley saves the day.

I thought the issue was adorable. We had a strong woman who knew what she wanted with the motivation to get it. It was also nice to mix it up and have the woman save the man. My absolute favorite part of the comic was in two panels where Harley sees a Beluga Whale and says, “Squeee!” to which it says, “Squeee!” back. Seriously! The whale squees back at her! So she proceeds to jump in the tank and give the whale a big hug. 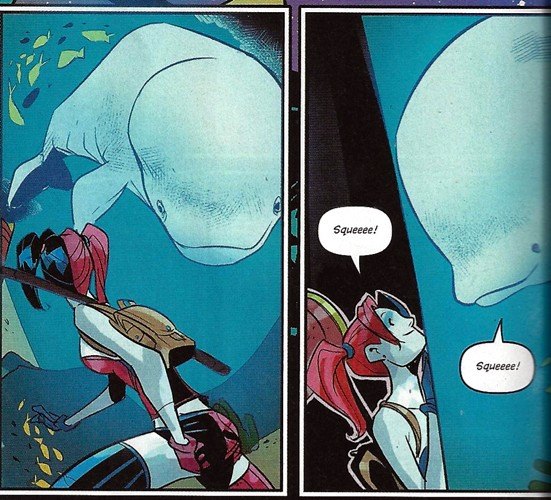 The Harley Quinn Valentine’s Day Special is definitely worth picking up and there are a few different covers to choose from. It’d make a great Valentine’s Day gift for your significant other or BFF. Happy Valentine’s Day from myself and The Geekiary!