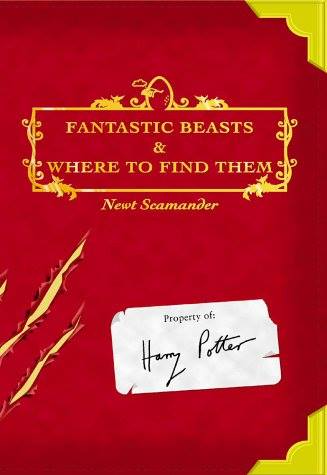 It seems the magical world of Harry Potter will be getting bigger, come 2016. Warner Bros Studio recently confirmed that the film adaptation of J.K Rowling’s book “Fantastic Beasts and Where to Find Them” will be hitting theaters on November 18, 2016. Some might think the studio has found a new way to milk the franchise, but with Rowling writing the script, I’m looking forward to the planned trilogy and what it might have to offer.

The news of a spin-off came back in September, 2013, when Warner Bros announced teaming up with Rowling for another Harry Potter related project. Rowling was quick to address that the project won’t be a sequel or a prequel to the Harry Potter series, and would be taking place in New York, 70 years before the events we are all familiar with.

I have read “Fantastic Beasts and Where to Find Them”. It isn’t a big book, my copy had 42-pages, but it was still enjoyable. It was released in 2001, and served as the text book Harry had to read in his first year at school. Rowling used the penname Newt Scarmander as the author of the book, and that’s the character on which the film trilogy will be based. According to his biography, Newt was born in 1897, and went on to become a famed Magizoologist, traveling to New York for his research, in the late 1910s or the early 1920s, the time the film will be based on. Rowling showed her love for the character when she married his grandson, Rolf, to Luna Lovegood (one of my favorite characters from the series). She has mentioned feeling territorial about the character and that’s why she decided to write the script herself.

As the film will take place in New York, it will likely put Newt’s age around mid-twenties. No casting has been announced as of yet. Who do you think should play the lead character? Considering the Harry Potter films had British actors, it’s safe to assume the same thing will happen when casting for the lead of the film starts. It would be fun to see American wizards too.

With the film set 70 years prior to the events of the first Harry Potter book, I’m looking forward to seeing some familiar characters. We might get to see a 40 year old Albus Dumbledore and the growing threat of Gellert Grindelwald, because the final duel took place in 1945. An event that can be mentioned in the trilogy! More characters can appear too, possibly Luna Lovegood, if it plays out in the way similar to The Hobbit film series. We might see Newt telling his story to his great-grandchildren, with Luna and her husband present as well.

I don’t think Warner Bros found another way to milk the franchise. Yes, they will probably make tons of money because of it, but I know Rowling will make sure we get something worthwhile in return. She doesn’t come across as the kind of writer who would write something just to make more money. She would’ve continued the original Harry Potter series if she wanted more cash.

J.K Rowling created a great magical world in her books, and it makes sense to further develop it. Who knows, with the success of the trilogy we might even get a TV series focusing on the Ministry of Magic and the cases they handle, while keeping their identity secret from the Muggle world. Or better yet, a film about how the four founders of Hogwarts came together. That would be epic!

What do you think of a new entry in the Harry Potter franchise? Who do you think should play Newt Scarmander? Please share in the comments section below.