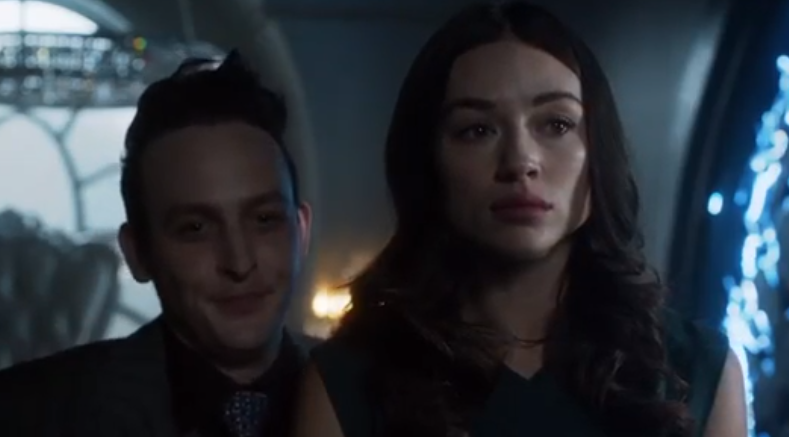 This week’s episode of Gotham, titled ‘The Demon’s Head,’ is probably going to end up being one of the best episodes this season has to offer. Different characters interacted with each other, and we got an awesome scene involving Baby Bruce.

Though Baby Bruce isn’t traveling the world to become Batman, he is getting some much-needed training in Gotham. Similarly, the villains are developing, too. It’s fun to see what kind of heroes and evildoers the city is capable of creating.

Ra’s al Ghul is definitely going to continue being the big bad for Baby Bruce. ‘The Demon’s Head’ showed how far Ra’s is willing to go to retrieve an ancient knife and teach Baby Bruce a few things along the way.

This episode featured one of the best Baby Bruce scenes. I wasn’t expecting our young hero to be okay with not giving Ra’s the knife even if it meant a little boy named Alex would die. It felt out of character, but made sense in the show’s context.

While Batman always tries to save everyone, even if they do end up dead later, Baby Bruce is still learning. For him, giving Ra’s the knife would mean putting thousands of people in danger. So, the loss of one life felt acceptable to him. I’m not saying what our protagonist did was right, but I appreciate the writers taking such a risk. Hopefully, Baby Bruce will learn a lesson and grow from here.

‘The Demon’s Head’ was written by Ben McKenzie, who plays Jim Gordon. I don’t know how much input he had but I greatly enjoyed this week’s episode. It was awesome to see Jim and Baby Bruce teaming up. With Jim knowing more about Ra’s, I’d like the two to continue working together to bring down the immortal assassin.

The rest of the episode had a lot of Penguin-heavy scenes and I loved them all. Sofia Falcone is definitely up to something, and while I know that Oswald is going to face trouble soon enough, it’s satisfying to see that he won’t go down without a fight.

Coming to Nygmobblepot, Nygma still needs time to heal his cognitive powers. He tries to entrap Oswald but it doesn’t work. I don’t know if Penguin has clearly moved on from Ed but he did try to act as if he has. Those two still have a lot of emotional drama to go through.

What did you think of Gotham this week? Did you enjoy watching ‘The Demon’s Head’? Let us know.