Gotham 4×3 Review: They Who Hide Behind Masks 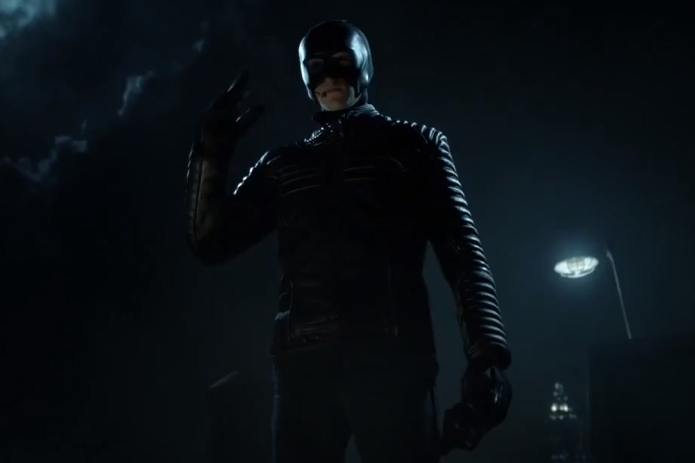 This week’s episode of Gotham, titled ‘They Who Hide Behind Masks,’ had some fun character-centric scenes. However, the plot was lacking.

The episode opened up in Arabia 125 A.D., and we saw someone picking up a dead Ra’s al Ghul and throwing him into the Lazarus Pit. ‘They Who Hide Behind Masks’ was all about the different masks the characters in Gotham wear. The best scenes were the ones where Baby Bruce put on his ‘bratty-billionaire-kid’ mask and had fun outbidding Barbara on a knife that was used to embalm King Balahsi.

The episode didn’t tell a lot about the knife and that didn’t sit well with me. I get that the show’s going for mystery but I would’ve preferred a bit more information. Does Ra’s want to kill Bruce with the knife? How did he lose it in the first place?

‘They Who Hide Behind Masks’ didn’t have a lot of plot but it did have a lot of interesting character-centric scenes. Kitty Selina is definitely lost. No one is taking her seriously and she doesn’t know where her place in the city is. It kind of makes sense as Catwoman is someone who’s better off working alone.

My suspicion regarding Barbara becoming proficient in hand-to-hand combat was right. Ra’s has trained her well (in just a couple of months, but oh well!) and I’m looking forward to Barbara having some cool fight scenes as the series progresses.

The only thing I didn’t like about Barbara is how her role this season isn’t well defined. She tried to get the knife for Ra’s but was unsuccessful. She also isn’t getting anywhere with Penguin. Barbara needs to do better!

Crystal Reed (from Teen Wolf fame) made her Gotham debut as Sofia Falcone. I don’t know a lot about her character yet expect that she’s a supervillain in the comic books.

Coming to Nygmobblepot, some obsessed fan thawed Nygma out of his ice prison. Turns out that being frozen has lowered his cognitive abilities. Solving and creating riddles create Nygma’s identity. Take away his brainpower and he has nothing. Of course, he’s going to blame Penguin for this (and he should). So, you can expect Nygma and Oswald trying to kill each other… again.

Also, what is up with Jim Gordon and flirting with shady women that are also taller than him? His fling with Sofia is going to end badly.

Quote of the Week: “Unfortunately, nobody stays dead in this town.” – Penguin to Baby Bruce

What did you think of Gotham this week? Did you enjoy ‘They Who Hide Behind Masks’? Let us know.

Previous:EIGHT 80s Horror Movies to Watch Before ‘Stranger Things’ Season 2
Next: Marvel’s Guardians of the Galaxy: The Telltale Series ‘Who Needs You’ Gets Release Date!