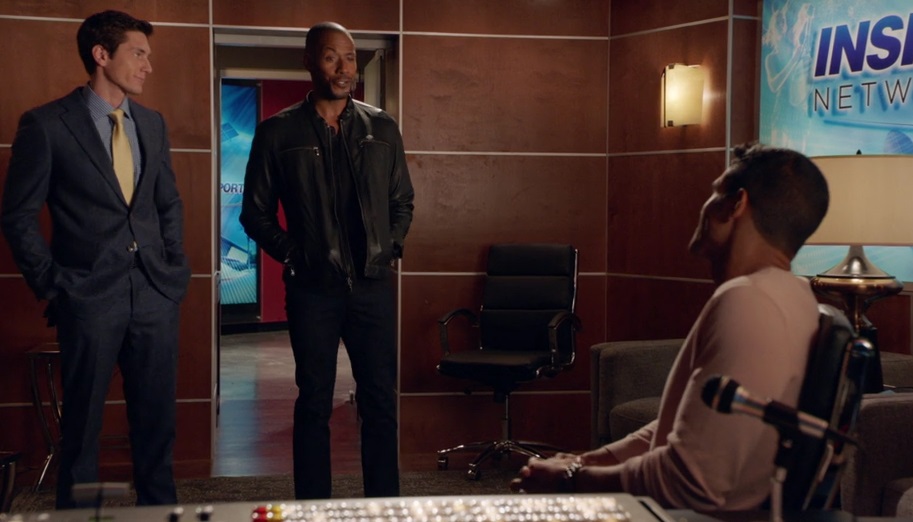 The penultimate episode of Hit the Floor season 4 had a wedding, your usual power plays, and an exciting dance number. Eve did what she could to bring down the team in ‘Foul’, and in just one more week we will find out if she is victorious. Also, Noah kind of annoyed me.

Whenever it seems Eve has been dealt the final blow, she finds a way to come back. Even with Jude, Lionel, Kyle, German, and Derek knowing what she is up to, Eve is still able to make some powerful moves. There is just no stopping her.

In the previous episode, Eve teamed up with Jamie to find some dirt on Derek and Jude. While I understand Jamie’s drive to be the best no matter the cost, at least she has some heart because she refused to hurt her friend Noah in the process.

However, she did hurt Pax’s feelings by hooking up with him and then making the rookie realize their encounter didn’t mean much. I’m not really a fan of Jamie and Pax as a couple, especially after the weird speech Pax gave her about how he should be the man in her life because she doesn’t have anyone else.

Noah and Jude also faced some relationship issues. Now, I am okay with the two being a couple. I’m also okay with them not being together because Noah isn’t a character I find myself warming up to. He has way too many demands for making their relationship work. I understand Noah not liking Jude keeping secrets from him. However, even though Jude opened up in ‘Foul’, Noah still broke up with him.

Maybe Noah will come back to Jude’s side in the finale and they will work things out. I want to see Noah being more invested in their relationship instead of walking away the moment he doesn’t like something.

As for Eve, as far as I can tell, her plan’s success is dependent on the Devils losing the final match. In order to make them lose, she did get Pax on her side. But I’m not sure if Pax is really loyal to her or if he will warn Derek about what Eve wants him to do. We will soon find out in the finale!

What did you think of Hit the Floor this week? Did you enjoy ‘Foul’? Let us know.