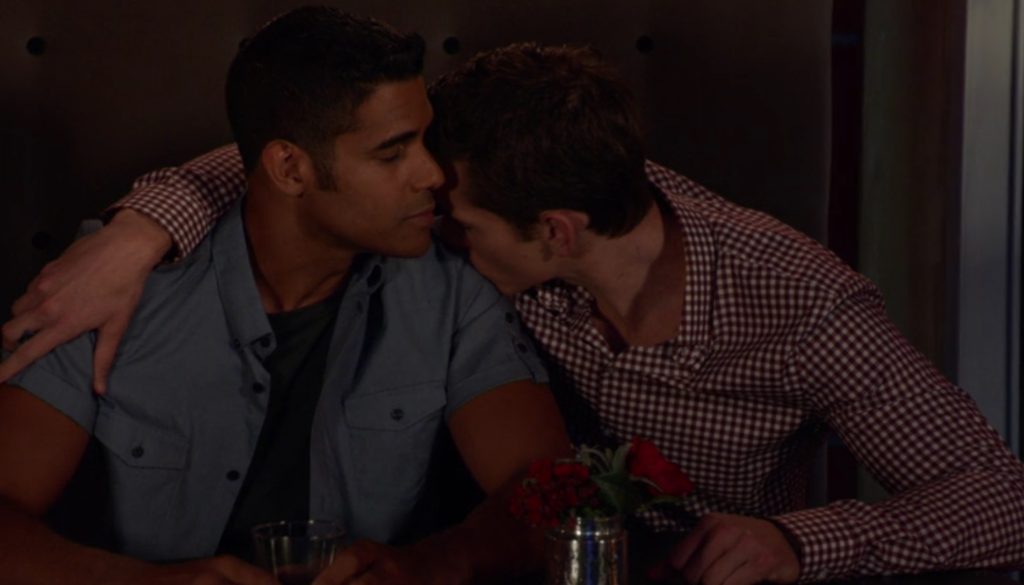 With only two more episodes left for this season of Hit the Floor, ‘End Game’ and ‘Hot Streak’ ended up being very fast paced. Knowing James LaRosa’s writing style, the finale is going to be amazing!

While relationship troubles arose in ‘End Game’ for Derek/London and Jude/Noah, Kyle was able to keep a cool head and figure out Eve’s agenda to take down the L.A. Devils. I loved seeing Kyle bringing the team together to fight Eve. Though Derek, Lionel, Jude, Kyle, and German make a good team, I don’t think Eve is the kind of character who is easily intimidated. Her drive for revenge was clear in ‘Hot Streak’ and I can’t wait to see what she has planned.

‘Hot Streak’ had some interesting character-focused scenes. Beau came back and even though Kyle tried to keep away from him, she succumbed because of her love for Beau and even agreed to marry him.

Also, for those of you who were wondering why Noah doesn’t like keeping secrets, we finally got an answer. Turns out his previous boyfriend kept his cancer a secret and eventually died without giving Noah the proper time to process everything. It was a very emotional scene and I liked how James LaRosa decided to reveal it. LaRosa has been slowly digging deeper into Nude (Jude and Noah’s pairing) and I’m enjoying it a lot.

As for the rest of the relationships, London and Derek decided to try being a couple. While that’s all good, Jamie ended up getting hurt because she and Derek hooked up recently. I don’t know about you, but I like Jamie as a character and seeing her being used like this isn’t something I’m enjoying. Fingers crossed her experiences help her become better and she lets go of her petty feud with London just for the sake of drama.

In a very surprising moment, Oscar came in to help Jude deal with Eve. While Jude clearly appreciated the gesture, I don’t think he should be too happy. This is Oscar Kincade we’re talking about, and even though Oscar is Jude’s father, I wouldn’t put it past him to force Jude into doing something down the line.

What did you think of Hit the Floor this week? Let us know.

Previous:I Am 100% Here for Rom-Com Lead Tyler Hoechlin
Next: The Alienist Sequel ‘The Angel of Darkness’ Limited Series Ordered By TNT