This article contains spoilers for eight seasons of Supernatural up to the latest episode, read at your own risk.

In light of what’s been happening on Supernatural lately, I thought I’d write a little about my feelings on their treatment of their supporting characters. Specifically, that it sucks. Every single show on the planet needs strong supporting characters, and Supernatural has some of the most intriguing ones out there. They just…don’t seem to ever know what they should do with them.

The ever-popular debate over “Two brothers vs. Team Free Will” has been done to death, but regardless of which side people choose, many agree that the wishy-washiness of the writers over what they should do with their supporting characters has definitely hurt the show. The problem with Supernatural is that they’ve spent eight seasons constantly populating and depopulating the world they’ve created, primarily to spark an emotional response in their two main characters. Other shows build up a series of supporting characters to live in the world they’ve built and interact with the main characters, creating different perspectives and side stories to buffer the main plot. But the writers of Supernatural are too preoccupied in the misery of the Winchesters to properly develop the storylines of the supporting characters, so instead they use them sporadically to drive Sam and Dean’s plot forward, and then when they no longer know what to do with them, they kill them off. And then bring them back. And then kill them again. You’ve heard of the all-too-common “Women in Fridges” trope, right? Where a writer will kill off or otherwise incapacitate a female character for the sole purpose of driving the male character’s plotline forward? Supernatural does that. To every single character who isn’t Sam or Dean.

To be fair, Sam and Dean have been killed a fair number of times too. But it’s not just about who dies the most amount of times. It’s about how Sam and Dean literally have no friends. They have no one to support them, both as characters or metaphysically to help carry the show.

Castiel is their friend, but he dies, loses his mind, disappears, is brainwashed or is otherwise unavailable nearly all of the time. The writers never seem to know what to do with Cas, so instead of figuring it out they put him on the bench for several episodes at a time, to the point where he’s often accused of being a deus ex machina instead of a fully fleshed out character.

Bobby was their friend. But he’s dead and gone, and back as a ghost, then dead again, then back from Hell then gone for good until the next time they need him again.

They had Ellen, Jo, Bela, Lisa, Amelia, Jess, Anna, Lenore, Missouri, Madison, Pamela, Ava and Meg. But most women on this show exist only to backstab, or die tragically, or disappear from our heroes lives forever, never to be mentioned again. You have your occasional Charlie or Jody – women who manage to stick around longer than you’d expect – but everyone has an expiration date. Meg was the longest-running villain on the entire show, and even that didn’t save her in the end.

It just seems bleak to not have supporting characters who actually support the characters. Every season we gain new friends like Benny and Kevin (blessedly still alive) and then lose them just as fast. We have villains who do a lot of their villainy off-screen, like Azazel, Eve and Dick Roman, as well as a never-ending line of angels waiting to show up only to be killed five minutes later. We have supporting characters who literally live to die, who we’re afraid of getting attached to lest they get put through the sacrificial woodchipper to provide emotional fodder for Sam and Dean.

It’s okay if supporting characters die or leave. If it’s done for the right reasons, it can enhance a show instead of detracting from it. But the writers of Supernatural don’t kill their supporting cast because it’s right for the characters and the story; they kill them because they don’t know what else to do with them. And it’s really a shame, because I think that if they could just decide, then maybe we’d allow ourselves to love the side characters. We’d allow ourselves to root for them without hesitation, to really get sad when they die because then their deaths would have meant something. But unfortunately, instead of looking forward to seeing where Cas’ storyline will take him, or what they’ll find Charlie up to next, we just resign ourselves to waiting for Sam and Dean’s world to slowly empty out again, because everyone else has bled for the Winchesters, but no one really seems to know why. 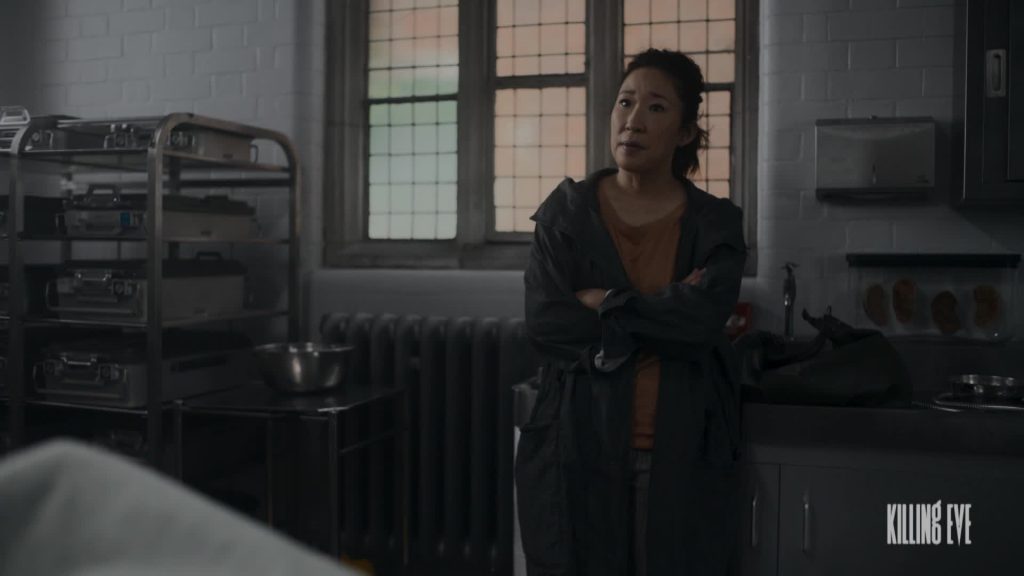