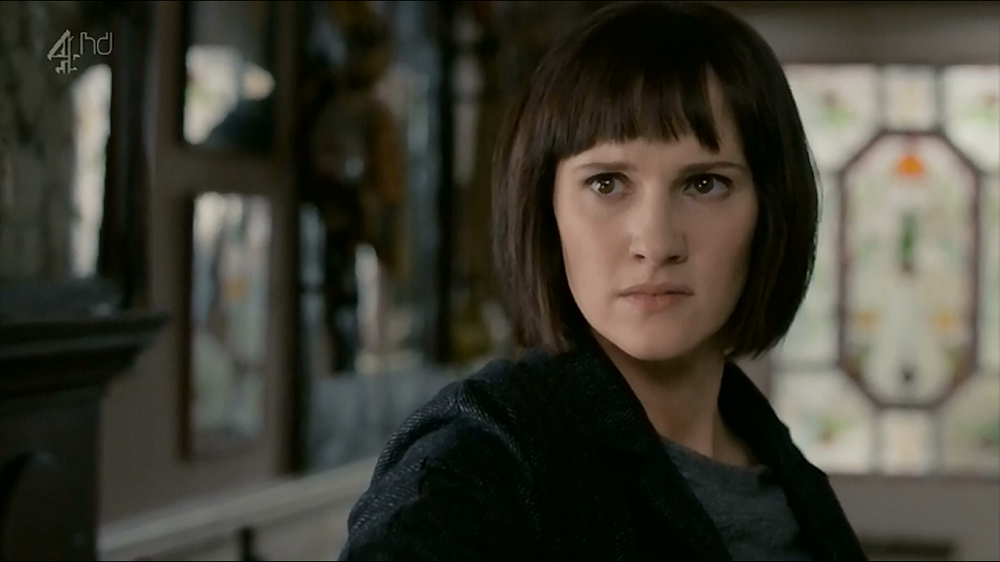 This episode, you guys. THIS EPISODE. There was so much going on that I don’t even know where to begin, but then, this is the penultimate episode, so I would have expected nothing less. I’m so overwhelmed by everything that I don’t even know how much I’ll be able to get out coherently – a big change from my normally extremely verbose reviews – but let’s see if we can try to parse through all that we learned. (Yeah, who am I kidding, this will be another word-vomit of a review.)

We’ll start with the huge reveal that Karen is actually a copy of Leo’s dead mother, Beatrice. I spent weeks theorizing who she could be (with major hints from Leo’s memories last week), though I guess in retrospect a “twist” like this should have been obvious; after all, where else would a sentient synth have come from but from the same place the others did? So, in the end, every story was connected. Thank you, Humans, for not dragging out that mystery for too long. We know that David Elster destroyed his research and then committed suicide (though I am not convinced that he killed himself – Leo’s memories of the event were scattered and I suspect foul play), and it seems that it was creating “Karen” that did it. As much as you can give synths consciousness and the ability and capacity to learn, you cannot replace your loved ones with robotic copies.

An overwhelming sense of sadness permeated this episode. There was death, betrayal, fear, and distrust. All of the synths seemed to have moments where they realized that their familial unit is ultimately flawed. Leo has a near 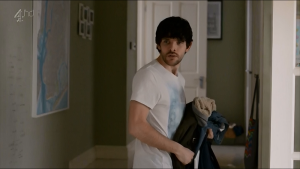 breakdown at spotting the toothbrushes in the Hawkins’ bathroom. Fred seems to shut down after his conversation with Joe about the love between a parent and a child (although given what happens later, it’s a possibility that Hobbs did something to him). I try not to mention it too often, choosing instead to focus on the plot, but the acting in this show is fantastic. All of our special synths (Gemma Chan, Emily Berrington, Ivanno Jeremiah, and Sope Dirisu) are entirely too good at acting like robots who are acting like humans. I am constantly blown away by the manner in which they are able to show so much emotion while simultaneously showing so little. But the real kicker for me has been Colin Morgan. (This should hardly be a surprise, though I do enjoy being reminded of why I am such a fan of his in the first place.) Leo’s reaction to Karen is by and large the most well-acted scene in this entire series. He is both an adult recognizing a threat and a child being confronted with his long-dead mother. The very biased Colin Morgan fan in me would prefer to believe that only he could play the scene that well.

While the rest of the group seems keen on following through with Leo’s plan to give more synths consciousness, Karen recognizes it for the mistake that it is, because she understands that she herself is a mistake. (I don’t know if I actually consider it a mistake, but I do think that their world isn’t ready for it to happen.) This is why she was so keen on tracking down Niska; Karen obviously recognized her from the footage and knew that making synths more human would have dire consequences. Though Karen is perhaps a little resentful that they never came back for her and that she was forced to survive on her own, we don’t know what her life has been like since being created – and as Niska said before, it is her experiences that have shaped her. This is why Karen tracks Niska down to George’s, for which – sadly – George pays the ultimate price. Not only George, but Odi and even Vera are sacrificed so that Niska can escape. (I’m sorry, Vera, for suspecting the worst of you.) And if you didn’t tear up when Odi comforted a dying George… Let’s just say Odi seemed to know what was happening, and there was something different about his behavior.

I am sorry to see George go. He was a calm and rational voice of reason. Not only that, he seemed in awe of Niska and the others and what they could represent. He could have been a real asset to the special synths, and we have no idea how his death will affect Niska in the long run – he may have been the first truly kind human that she met.

Leo and Fred’s reunion is slightly less than joyous, considering the loss of Max. But when Fred reminds Leo that they can repair Max (he is, after all, a machine), a little bit of life sparks back into the both of them. However, it seems 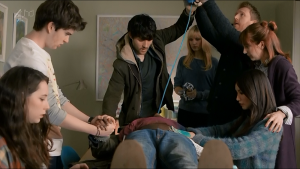 that their search may have been in vain; despite the combined efforts of the synths and the Hawkins family, Max may be irreparably damaged by his fall and subsequent drowning. I very badly want to know more about Fred…he’s the one we’ve spent the least amount of time with, and I feel we haven’t gotten a very good sense of who he is yet.

The Hawkins family goes through quite the roller coaster in this episode. All of the members seem to be willing to forgive Joe for his actions – even after they find out that he called the police on Leo and Max. Mia suggests to Laura that she probably would have behaved the same way, if her and Joe’s positions had been reversed. And while it is true that he thought he was protecting his family, I must point out that once again, he didn’t trust or listen to Laura – though to be fair, she is keeping something from him, and he knows it. (I still don’t understand why they’re making such a big deal about the Tom thing.) Joe is the only one hesitant to help the others when he learns their true purpose, but both Joe and Laura change their tune when they see a news report of Niska’s actions at the smash club. I ask, is that fair? Would they have reacted the same way if Niska were a human fugitive?

Now that all of the synths are together, surrounded by the Hawkins family, we can examine their interactions. Joe seems to have trouble grasping the fact that they think and feel just like humans (“You lot have fun?” he asks Fred). Laura is willing to help them until she realizes that they can be dangerous. (Because humans can’t be dangerous, right?) Mattie and Toby are completely gung-ho for helping them out, regardless. (Plus, I sensed a little something between Leo and Mattie, but not knowing how old Leo is supposed to be, we’ll put a pin in that.) Sophie doesn’t seem to notice a difference between the synths and humans, proving once again that children really are the best kind of people. (Her interactions with Niska were fantastic.)

And that ending, you guys. THAT ENDING. What will happen to our synths now that Hobb has finally caught up to them? His true purpose has yet to be revealed, but you can believe that it isn’t benevolent. What will become of Leo? He’s not entirely synth, but then he’s not entirely human, now is he?

Did you guys watch this week’s Humans? What did you think? 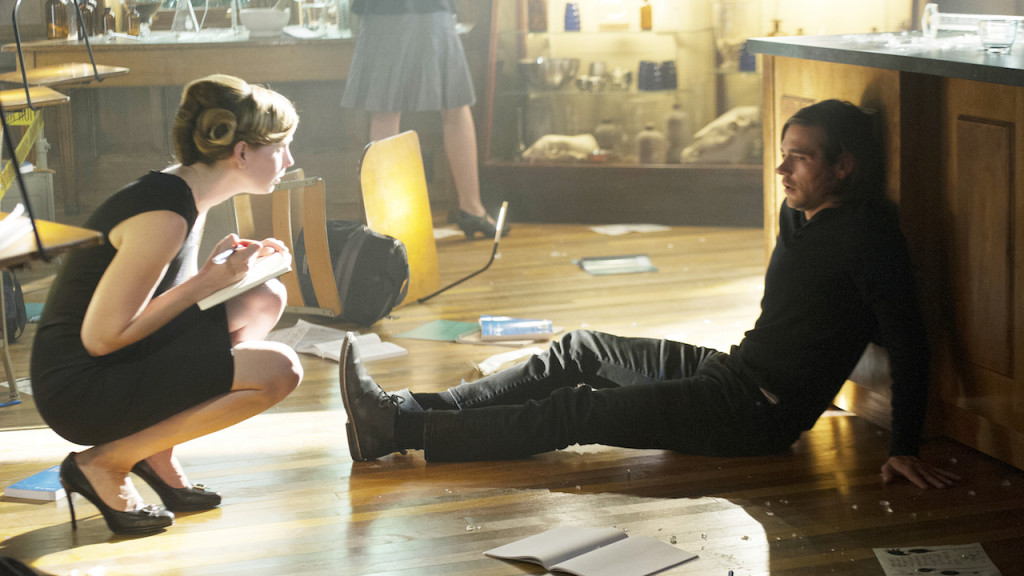 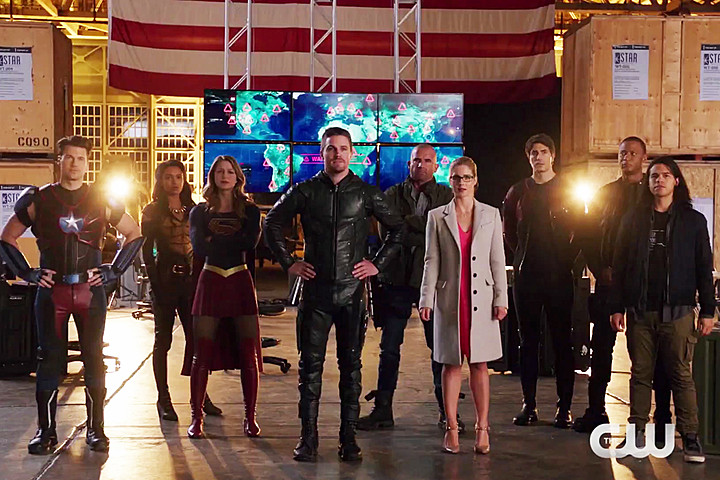 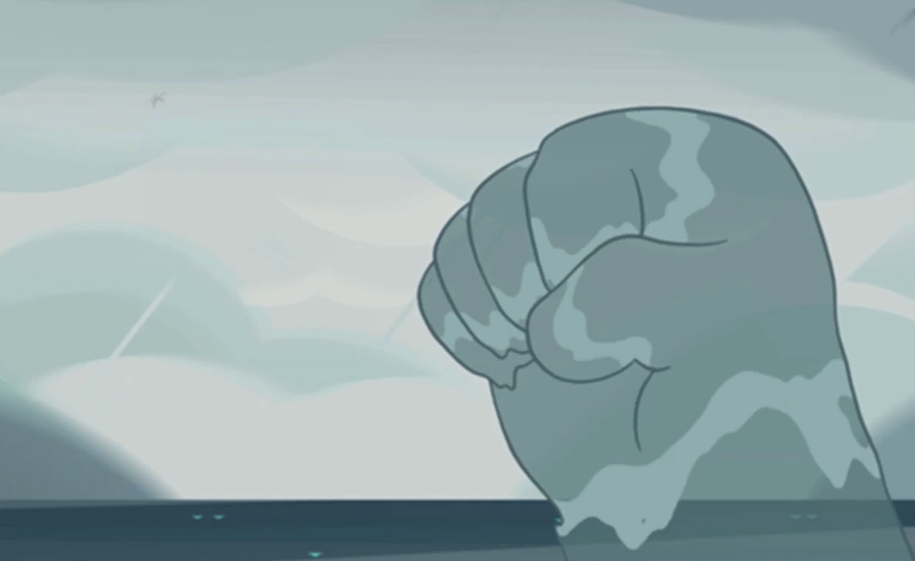