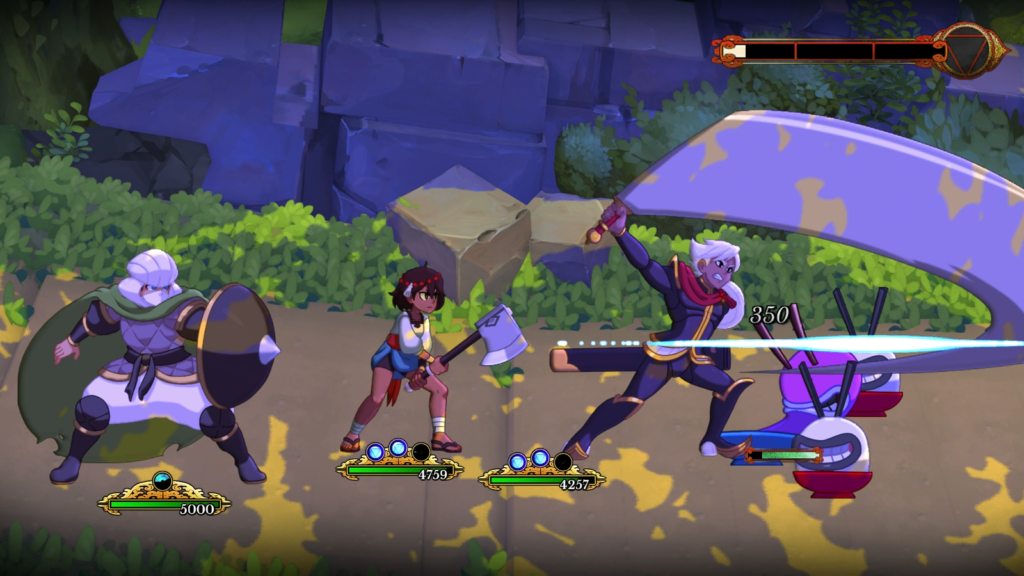 Fans will be able to play the action RPG Indivisible on Nintendo Switch. Both 505 Games and Lab Zero Games have announced the upcoming release.

Lab Zero Games developed Indivisible, a game that features a “huge fantasy world inspired by various cultures and mythologies.” Indivisible ran a successful Indiegogo campaign to help with part of its funding. Backers will be treated “to a new, exclusive preview– available on previously announced platforms PlayStation®4, Xbox One™ and Steam– in the coming weeks.”

Check out the trailer showing Indivisible coming to Nintendo Switch!

“Ever since Nintendo announced the Switch, Lab Zero’s fans have been clamoring for Indivisible to come to the platform. Platformers and RPGs are great on the couch or on the go, making our game a great fit for the console. So supporting the Switch was an easy decision,” said Peter Bartholow, CEO of Lab Zero Games. “The team has been hard at work on Indivisible for more than a year now, and we’re excited to share the progress with our supporters. We wouldn’t be making this game without them, and it’s important that we keep them involved and listen to their feedback to make the game even better.”

A classically-influenced RPG/platformer hybrid, Indivisible tells the tale of Ajna, a good-natured tomboy with a rebellious streak. Her life is thrown into chaos when her town is attacked, awakening a mysterious power in her – the ability to absorb certain individuals into her being. She embarks on a quest to confront the warlord who destroyed her home, uniting people from far-away lands along the way, discovering new aspects of herself and her world in the process.

I’m all for games with female leads. So, I’m definitely looking forward to its release.

Also, fans who backed Indivisible’s Indiegogo campaign will get to see new and improved content in the upcoming preview based in part on their feedback, including:

Additionally, the preview will also include new speedrun contests, giving players a chance at a free upgrade to the $500 Indiegogo tier, which includes a physical Collector’s Edition of the game, a t-shirt, physical soundtrack, framed giclee print, a statue of Ajna and more.

Indivisible is planned for release in 2018. It will offer English, French, Italian, German, Spanish, Japanese and Russian-language versions. Feel free to check out the official website for more information.

What do you think of Indivisible? Were you one of the backers? Let us know.

Previous:Sense8 is Cancelled at the Start of Pride Month, Everything is Awful