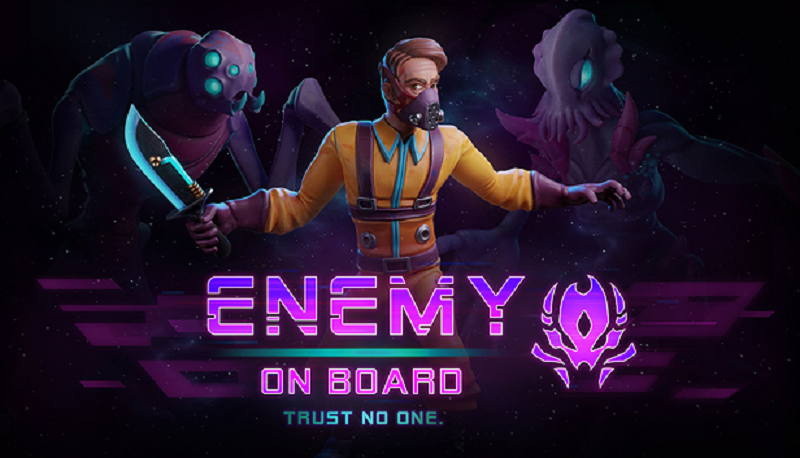 Windwalk Games has announced its upcoming debut game titled Enemy on Board. The forthcoming online multiplayer offering has been described to be “rapt with social deception and asymmetrical, ‘hidden role’ gameplay inspired by the likes of Mafia and Werewolf.” Are you ready to figure out who’s the alien?

According to the developer, Enemy on Board will have players guessing from the moment they wake aboard the spaceship Andromeda.

Here’s the official description for the indie game:

Enemy on Board delivers bite-sized rounds that are packed with action and real-time strategic gameplay. Each round, 6 players wake up on a spaceship and 2 are randomly selected as aliens. Innocent crew members need to use everything at their disposal: weapons, tools and voice communication to identify and kill the aliens. Aliens need to work together to keep their identities hidden and kill the crew. Last team standing wins.

Threats come from all sides in Enemy on Board: players will not only face the deception of other members of their crew but the stability of the Andromeda hangs in a delicate balance. Keeping the ship in good repair will be a constant task for all players on board. Neglecting the ship will risk critical system failures causing the Andromeda to explode, killing everyone on board.

Y’all this sounds very exciting, especially if you have a group of friends to play it with.

Take note, Enemy on Board will be coming to PC and Mac later this year. You can go ahead and wishlist the game on Steam right now.

As for Windwalk Games, it’s an indie game studio of five. Windwalk Games is backed by “the prestigious Mountain View, CA accelerator YCombinator.” With a talented team that has worked on AAA titles such as League of Legends, Windwalk Games “aims to make games where social tactics are as important as reflexes.”

You can visit the company’s official website for more information.

Previous:Given 1×11 Review: “Song2”
Next: ‘Downton Abbey’ Is a Delightful Continuation for Fans