‘Downton Abbey’ Is a Delightful Continuation for Fans 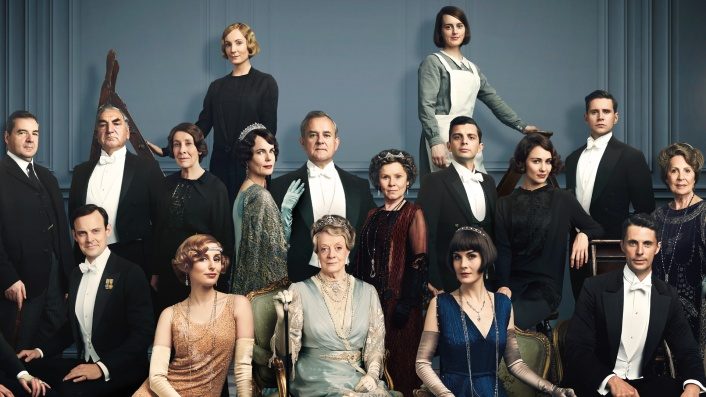 The new Downton Abbey film is going to be a hit for those who are fans of the television show. While the film wasn’t entirely needed to tie up loose ends, it sure is a lot of fun to delve back into our favorite soapy British period piece. So why is this film actually so necessary for fans? It’s all about the hair, the relationships, the jewels, the fashion, and the food! And it wouldn’t be Downton without a lot of drama served up as well.

The Downton Abbey film itself is definitely a continuation of the television series and acts a lot like the Christmas specials from when the show was active. That isn’t to say that there isn’t a lot to love. As soon as those keys of the piano started going, I actually had goosebumps… This is a story I never want to end! I wasn’t really sure what to expect, but the broad story is that Queen Mary and King George selected Downton Abbey for an official state visit as they tour Yorkshire. It’s obviously a perfect excuse to make a film and have everyone (including the servants) dressed up and the silver polished.

Even with the generally unnecessary feel of a lot of the film itself, there actually were a lot of great moments that fans will love. Naturally, we get to see the children a little more grown up (including Mary’s daughter!), Thomas coming into his own as butler and as a gay man, and basically how awesome Edith is since she got away from Mary. I was really worried for Thomas’s character at first, particularly when out of nowhere Mary asked Carson to come back, but he soon settled into himself (well, the mostly-redeemed self of later seasons). I loved that he was able to freely live even if for a few moments in the speakeasy–he seemed SO happy to be himself. And he finally got the happy-ish ending that he deserves (though, let’s wait for the next film and see how far they take it).

I was really surprised by a few of the turns that the story took along the way. Considering how much screen time Mr. Bates got on the television show, he really wasn’t in the film much. I also thought it was odd to have Tom move onto Lucy so quickly, but I ended up okay with it just because I love Tom. I was also surprised that Daisy and Andy were engaged, although I guess they needed to make Daisy a bit interesting here. Unfortunately, Daisy will probably always be annoying, but Mrs. Patmore more than makes up for it. I also thought it was fun to see the servants band together to take out the royal staff so they could have their moment serving the king and queen. It was fun to see everyone back together, and Anna being the ringleader.

There are quite a few things that I didn’t really like about the film, but they are mostly issues that are rooted back in the television series and not necessarily problems with the film. Obviously the producers wanted to give at least a little screen time to everyone, and so sometimes it felt like important characters were just making cameos as opposed to having an actual story (I’m looking at you, Henry Talbot). But really, the film did what I think everyone involved wanted it to do: re-live that wonderful familiar feeling of seeing old friends.

A question that will inevitably be asked is if people who aren’t fans of the show will understand what the film is all about. Well, yes and no. Of course, they won’t know the deep backstory of all of the characters, but I think the average movie-goer can probably figure out which characters are the servants and how everyone is related. There is some exposition that helps with this (like when new characters get introduced to Tom, they get to know him as Sybil’s widower), but mostly I think everything is fairly simple to pick up on.

All in all, Downton Abbey wasn’t really necessary for fans, but I didn’t realize just how much I miss it until I left the theater. I wanted to immediately go home and re-watch the television series (again–I’ve watched it SO many times). It was so much fun, and I know that other fans will have the best time reminiscing. Let’s come back for another film when Tom or Daisy gets married, because if there is something more than a state visit that Downton fans love, it’s a wedding.