“No Straight Roads” Coming to PC, and PS4 Gets a Collector’s Edition This June! 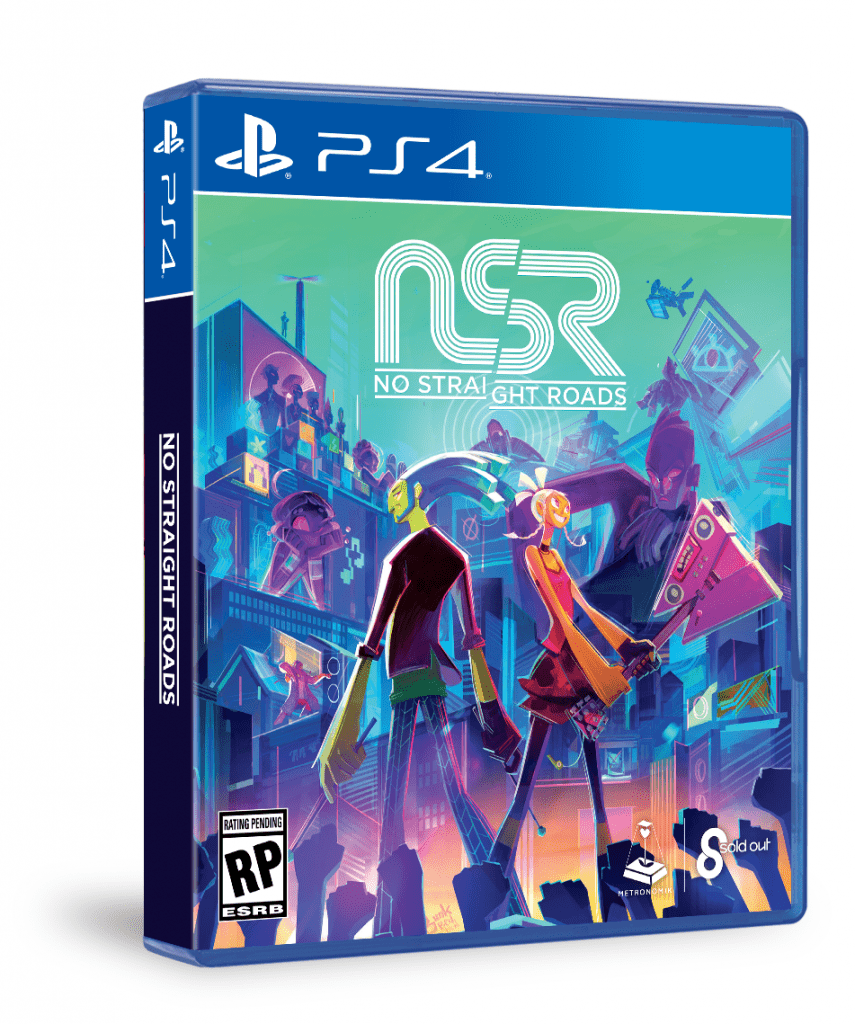 Publisher Sold Out and developer Metronomik have announced that the action-adventure game No Straight Roads will be available for the PlayStation 4 computer entertainment system as well as the PC via the Epic Games Store come June 30, 2020. A Collector’s Edition will be available, too.

The No Straight Roads Collector’s Edition has been described as “a funky physical package” that will include an exclusive double-sided vinyl LP featuring a selection of tracks from the title’s “energetic” original soundtrack, a 64-page ‘The Art of NSR’ artbook featuring never-before-seen artwork, as well as a set of official No Straight Roads drumsticks.

The standard edition can be yours for $39.99 digitally and in retail. Directed by Wan Hazmer, lead game designer of Final Fantasy XV, and Daim Dziauddin, concept artist of Street Fighter V, No Straight Roads is an action-adventure game that mashes together rhythm-infused combat with a vibrant offbeat world and a killer soundtrack.

“No Straight Roads is unlike anything we’ve played before, it’s in-your-face, loud and a pretty crazy game,” shared Sarah Hoeksma, Marketing Director at Sold Out Games. “With so much serious news in the world right now, we hope NSR’s quirkiness and originality can bring some much-needed fun and funky music to gamers out there.”

I talked about this game back in September of 2019. I do like the overall design aesthetic this indie title is going for.

As for Sold Out, it “combines a wealth of experience mixed in with youth to form its close-knit team.” Sold Out, while publishing for physical and digital distribution, has had the opportunity of working with Team 17, Rebellion, Frontier Developments, and other indie developers.

You can visit Sold Out’s official website for more information.