The U.S. Audience Is Liking Instinct Season One And That’s A Very Good Thing! 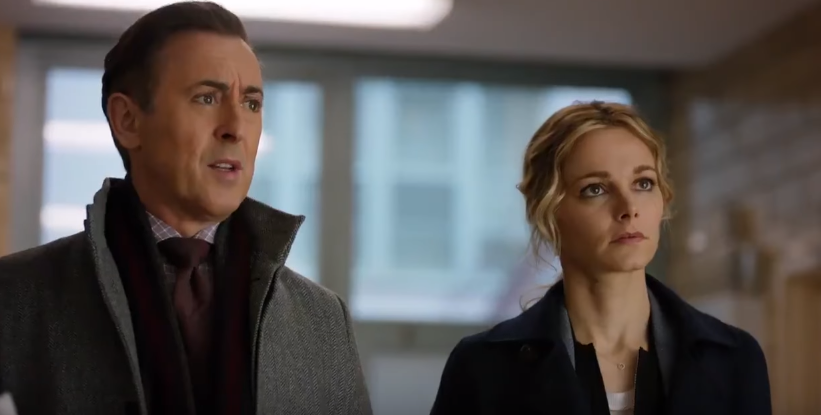 It seems the risk CBS took by debuting the first U.S. network drama with a gay lead, Instinct, was the right decision. According to viewing numbers, people are tuning in for the currently airing Instinct Season One!

There’s a reason why I still watch Elementary, which also airs on CBS. If I’m invested in the characters and their arcs, I’ll stick around, with the crime-of-the-week being nothing more than background noise that sometimes helps with character growth.

I’m glad to say, four episodes in, I’m all for knowing more about Dr. Dylan Reinhart (Alan Cumming), Detective Lizzie Needham (Bojana Novakovic), and Dylan’s husband Andy (Daniel Ings). And it seems the rest of the audience is invested in the show, too. Now, I’m not saying the cases the leads work on are boring. It’s fun to see Dylan and Lizzie working together without the existence of a ‘will-they-or-won’t-they-hookup’ cliched narrative hanging over their heads. But when it comes down to it, I’m someone who’s more interested in seeing characters grow each episode rather than wondering about what their next case will be.

The premiere of Instinct season one drew in 9.05 million live viewers (jumping to 11.59 million with DVR numbers) with a 1.0/4 in the 18-49 demo. The second episode brought in 10.6 million live viewers (jumping to 12.31 million including DVR numbers) and a 1.3/5 in the demo. Shows being able to get a larger number, especially in the demo, than what they got during the premiere is very uncommon. So, kudos to Instinct for managing such a feat.

Of course, I was a bit worried when the viewership fell to 6.61 million (0.6/3) for the third episode. Holding on to more than 50% of your premiere audience three episodes in isn’t bad, but I didn’t want the downward trend to begin so soon.

However, my worries were laid to rest when the series saw an impressive jump to 8.12 million viewers (0.9/3) for its fourth episode that aired on April 8, 2018. So, yeah, all looks good for now.

TFW you hear @InstinctCBS is yet again the #1 entertainment show on Sunday nights and up 24% in viewers!!! #InstinctCBS pic.twitter.com/74RJGYDCvg

I greatly enjoyed the fourth episode. It showed Lizzie’s continuing journey of coping with her grief, and Dylan’s relationship with his father. Also, it would’ve been understandable if CBS had decided to water down the queerness, considering it’s the first U.S. network drama of it’s kind, but CBS didn’t.

Even though only four episodes have aired, I’ve gotten to know a lot about Dylan and Andy’s relationship. They’re both supportive of each other, share a lot of scenes, and it’s good to see no drama being forced between the two.

Let’s see if what kind of viewing numbers Instinct season one continues to attract.

Do you watch Instinct? Are you hoping for CBS to renew it for a second season? Let us know.

Previous:Siren 1×3 Review: Interview With A Mermaid
Next: iZombie 4×06 Review: My Really Fair Lady